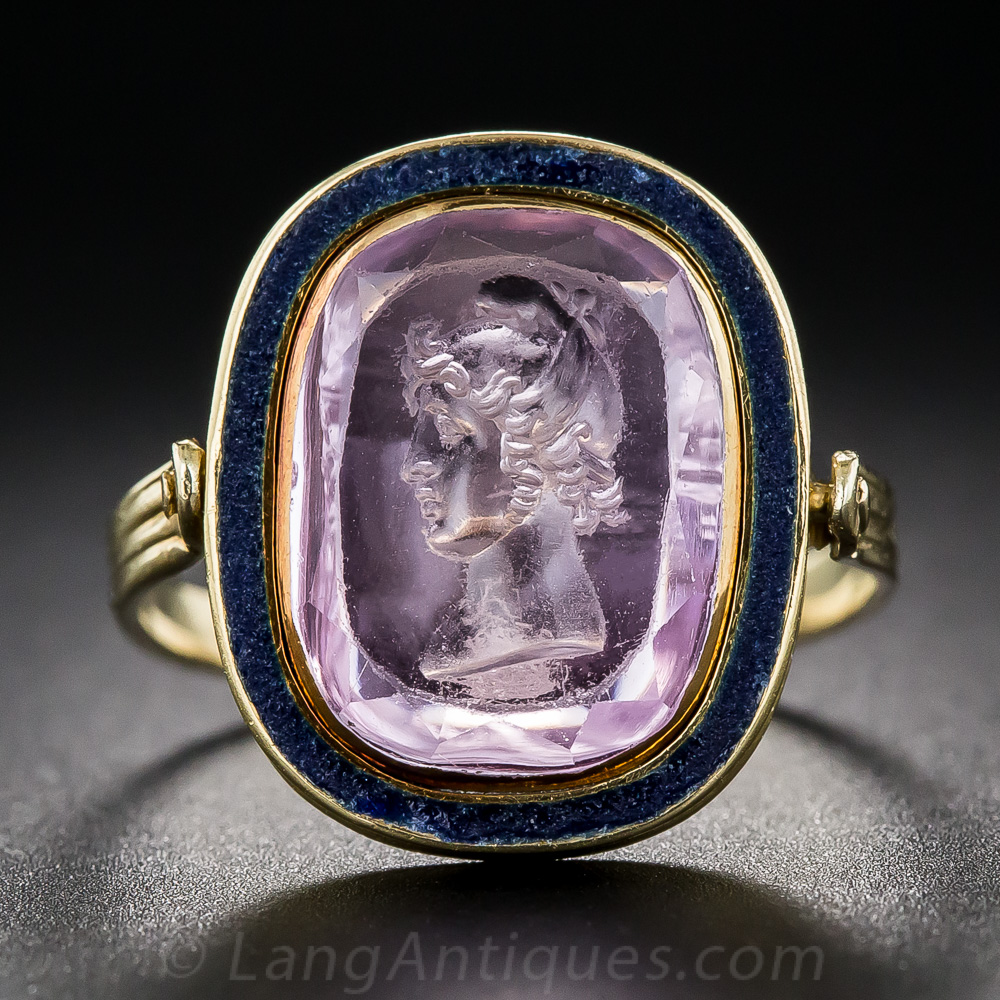 Topaz is an aluminum, hydroxyl-fluorine silicate, found primarily in gem pegmatites. Minas Gerais in Brazil is the largest producer of topaz. A common, yet mistaken belief is that all topaz is yellow. It is most commonly colorless, but natural colors include varieties of blue, pale green, and the spectrum of yellow through sherry orange to pink, and most unique, red. Topaz is renowned for its ability to form huge crystals. There is a topaz crystal in the Smithsonian weighing 156 pounds.

Recently another treatment was developed for topaz that produces the "mystic" varieties. These multi-colored "iridescent" stones are created by coating the pavilion facets of colorless topaz with a similar coating used on iridescent sunglasses. Azotich Coating Technology holds the patent.

A Brief History of Topaz

Topaz has been known since ancient times. Examples of topaz ornaments have been found in Egyptian tombs and Roman ruins. The early source for topaz was Ceylon (Sri Lanka), which continues supplying topaz today.

During the Middle Ages, topaz fell out of favor. It was occasionally used in ecclesiastical jewels but little else. In the 18th century it became increasingly popular in Spain and France. By the Victorian Era, its use was widespread.

Topaz is currently one of the most popular gems used in contemporary jewelry.

Golden topaz is the birthstone for November and blue topaz is an alternative birthstone for December. It is associated with the sign of Capricorn. Topaz commemorates the 4th and 23rd anniversary.

The Metaphysical aspects of Topaz

Topaz was used in ancient Egypt and Rome, where it was imported from Ceylon (Sri Lanka). During the Middle Ages it was believed that topaz had the ability to strengthen the mind, prevent all mental disorders and avert sudden death. It has been considered a "cooling" gem, much like ruby is considered a "hot" gem. Topaz was believed to have the ability to immediately cool both boiling water and flaring tempers.