Like many historical diamonds, the Agra’s saga is a familiar combination of fact and legend, leaving the reader with the challenging task of choosing what is indeed its true story. Regardless, the Agra diamond’s travel through time is an interesting mixture that includes tales involving royal families, tribute, multiple wars, intrigue, smuggling, lawsuits, a railroad baron, and buried treasure. 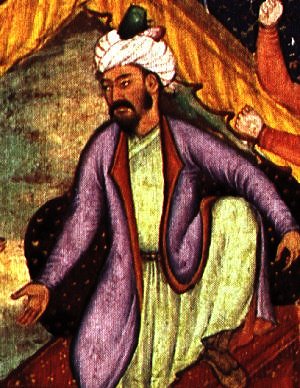 The First Emperor of the Mogul Empire, Babur.

The Agra diamond derived its name from its first recorded location; the city of Agra, whose other claim to fame is being home to the famous Taj Mahal. When the first of the Mogul Emperors – Babur (1483-1530) – defeated the Rajah of Gwalior in 1526, Babur and his army took control of Agra, capturing the Gwalior royal family in the process. Babur left his son, Humayun, in charge to occupy the city and the imprisoned Rajah and his family prepared to meet their fate. Yet, in a surprise move, the Mogul Emperor decided against executing them. To show their gratitude for having their lives spared, the very relieved Rajah presented his captor with many jewels and precious stones. One could also take the cynical approach and assume that the “gift” of jewels was the price the Rajah had to pay to spare his family’s lives. Because it was known that Babur wore an impressive diamond in his turban, it is believed that the Agra diamond was among the stones of tribute given to him by the Rajah.

Other notable Mogul Emperors known to have worn the diamond included Akbar (1556-1605) – who also wore it in a headdress – and Aurangzeb (1658-1710) who proudly claimed the stone among his many treasures. It was Aurangzeb who moved the seat of the monarchy from Agra to Delhi in 1658. This decision came at a great cost, for in 1739 Delhi was sacked by the Nadir Shah of Persia and he claimed the Agra among his spoils of war. However, the Shah’s attempt to remove the Agra from Aurangzeb’s original treasury – along with everything else – must have hit a snag for somehow the gem returned to India, possibly when Nadir Shah encountered trouble on his return trip to Persia.

After that, the tale of the Agra diamond begins to get murky. One story has the diamond remaining there until 1844 when Charles, Duke of Brunswick, paid £13,670 to a diamond merchant named George Blogg for it. The stone was noted in Blogg’s personal catalogue to have once been the possession of Babur. He also noted the Agra as having the rank of 14th on the list of the world’s most famous diamonds.

Another story exists of a diamond sold by Lord Donegall, fifth Marquess of Donegall, to Edwin Streeter in 1896. Donegall states that during the Indian Mutiny in 1857 the diamond was stolen from the ruler of Delhi. An officer in the same regiment as Donegall had the stone in his possession. Efforts to smuggle the stone back to England included having it swallowed by a horse! In a turn of events, that would have driven today’s animal activists crazy, the horse fell sick from the attempt, had to be shot and the stone removed from his stomach. It was then carried off to England by other means. Whether it was through the digestive system of another animal remains undocumented. Since the date of this story does not quite align with the date of the diamond sale to the Duke of Brunswick, it was probably another large light pink diamond.

By 1891 Edwin Streeter did purchase what was now the re-cut Agra from Bram Hertz, a prominent diamond dealer in Paris. It was Hertz who was responsible for altering the diamond from its original 41 or 46 carat size to 32.24 carats. The price Streeter paid, in trade, for the Agra was a parcel of jewelry with a value of £14,000. Later, when a representative of Streeter tried to resell the stone as part of a lot with other items to a Mr. Tasker for £15,000 a protracted lawsuit resulted. The lawsuit accused Streeter’s representative of taking advantage of Tasker while the plaintiff was enjoying his favorite pastime – drinking – thus tricking him into purchasing the stone, and the other items in the lot, at an inflated price while “incapacitated.” Many saw the lawsuit as a clear case of buyer’s remorse, yet the verdict with regard to the Agra favored Tasker – his case no doubt aided by his well-known reputation as a notorious lush. Streeter was stuck with the diamond. Ironically, Streeter’s book ‘The Great Diamonds of the World: Their History and Romance‘ was printed prior to his ownership of the Agra and, therefore, not included in that comprehensive work on diamonds, leaving us without his insight on this transaction. 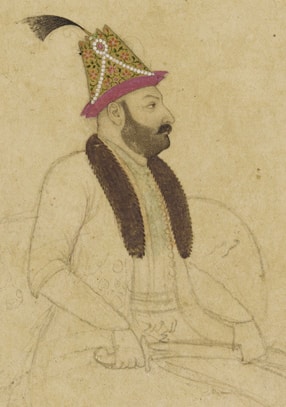 In 1904 Streeter’s firm was purchased in its entirety by the Parisian jewelers, Lacloche Frères and the inventory was disposed of by various means. The Agra was consigned to a Christie’s sale in London on February 22, 1905. It was the highlight of the auction and, therefore, claimed its rightful spot as the final lot to be sold. The diamond was not referenced by name, but experts believed it to be the Agra. The description for the lot was “a magnificent rose pink diamond of the highest quality, weight 31 13/32 carats”. The stone sold for £5,100 ($25,500 in current dollars) a price considerably lower than the pre-sale estimate, to Mr. Max Meyer, a diamond dealer. 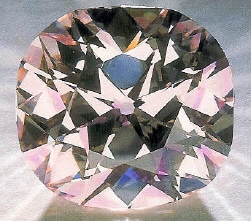 A Contemporary Shot of the Agra.

Somehow, by June of 1909, the Agra found its way into the hands of a dealer named Salomon Habib. Auctioning off his collection of stones, eight items were listed, including the Idol’s Eye, the Hope and a cushion-shaped rose color diamond weighing 31 ½ carats – the Agra? The rose-colored diamond far undersold its reserve of 300,000 francs at 82,000 francs. Soon thereafter the stone was sold to Mr. Louis Winans, a railroad magnate from Baltimore. Winans was noted for building railways in Russia under Tsar Nicholas I from 1843 to 1862. By 1868 the Russian government had taken charge of the railroad and Winans moved, with his Russian wife, to Brighton, England where he began to collect diamonds. A local jeweler, Lewis and Sons, was instrumental in amassing this collection.

The Agra timeline moves forward to World War II, England. Fearing that her country was about to be overrun by the German Army, the woman who inherited Winans’ collection had a special iron box made to hold her jewels. The box was then buried in her garden for the duration of the war. It was successfully retrieved after the defeat of Hitler in 1945.

In June 1990 the Agra and two other stones from Winans’ collection were auctioned in London. The winning bid of £4,070,000 was from the SIBA Corporation’s Hong Kong branch. Since being re-cut once more, the Agra diamond now weighs 28.15 carats and is graded by the Gemological Institute of America as a fancy light pink natural color, VS2.