Destined to be one of Fabergé’s most unique designers, Alma was born in Moscow, daughter of Knut Oscar Pihl, the Head of the Fabergé workshop in Moscow and granddaughter of August Holmström, Fabergé’s leading jeweler. Following the death of her father, Alma’s mother moved the family into the St. Petersburg home of her parents. Here Alma studied drawing with Eugen Jakobson (1877-1940) an artist for the Fabergé firm. The pattern-drafting lessons he provided gave the gifted Alma the background that would eventually land her a job with her uncle Albert Holmström as a trainee in the Fabergé workshops. Her task was to document the items being produced in the workshop by rendering a life-size detailed drawing of the item, documenting the gemstones and other materials used, and noting the cost. 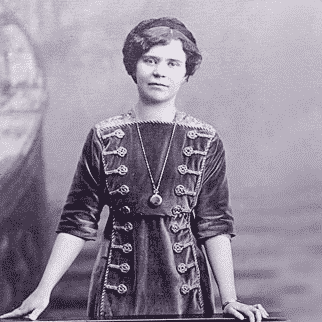 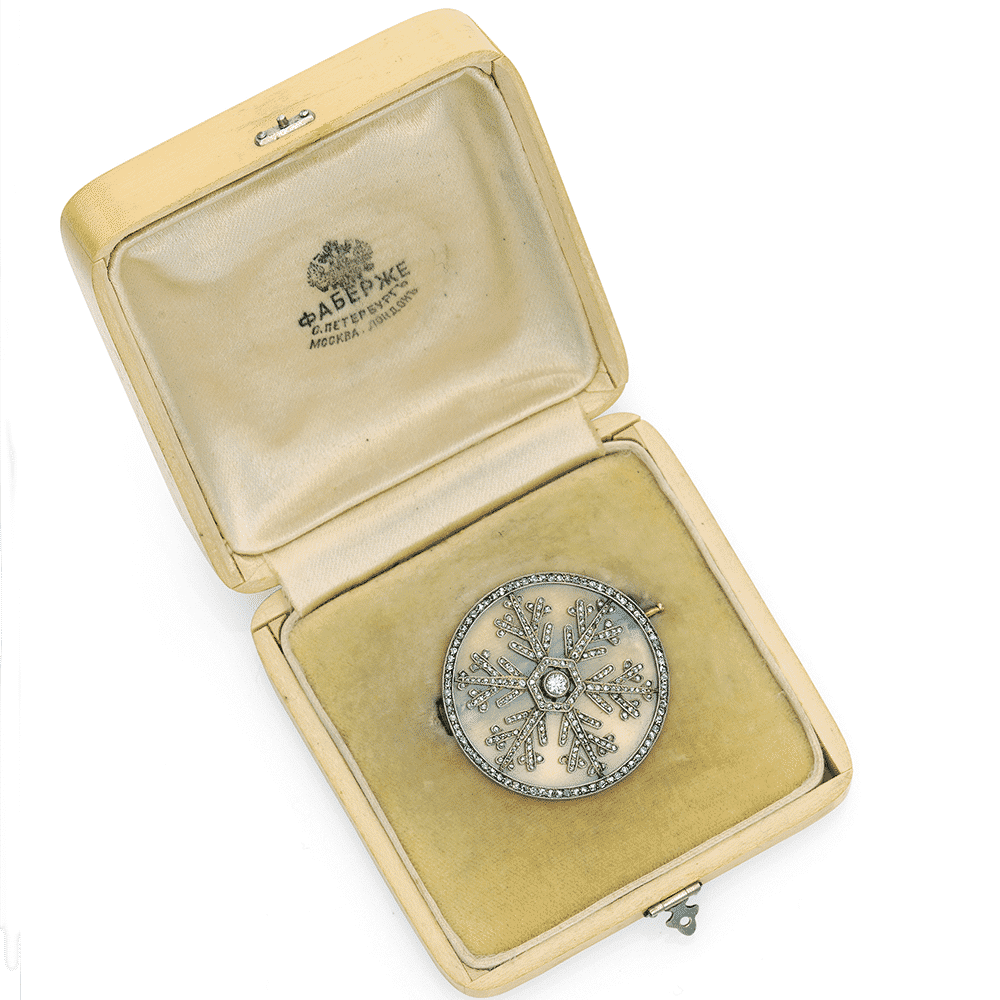 In her very limited free time, she began to make design sketches that eventually caught the eye of uncle Albert. So struck by their beauty he had the workshop produce her designs alongside his own. Thus she became Fabergé’s first woman designer. Serendipitously, a wealthy client of the workshop, Dr. Emanuel Nobel of the Nobel oil empire, requested a very rapid turn around on a group of 40 brooches for distribution as gifts to his clients and guests, the requirement was that they be “insignificant” in materials so as not to be viewed as bribery. Alma’s work area near a window that Mother Nature had painted with frosty ice crystals was to provide her the inspiration for these brooches as well as much of her subsequent design work. Recreating these sparkling designs in gold with platinum–silver alloy settings dotted with rose-cut diamonds proved to be a big hit with the client, so much so that he subsequently ordered many more jewelry items with the same motif.

Alma rose to prominence as a Fabergé designer and was chosen to design the dynastic inspired jewel gifts for the 300th anniversary of the Romanov Dynasty in 1913. The emperor ordered these jewels to his specifications to distribute to his distinguished guests. She was also given the task of creating the winter-themed Easter egg to be presented to Dowager Empress Maria Feodorovna. The Winter Egg is considered to be the most valuable of all the 50 Imperial eggs. Its ice-themed exterior opened to reveal a platinum flower basket teeming with white wood anemones carved from white quartz, with demantoid garnet centers and nephrite leaves atop a brown gold nest of moss. In 1914 she was again asked to design an Easter egg, this one for Alexandra Feodorovna, wife of Nicholas II. The Empress was an avid embroiderer as was Alma’s mother-in-law. Watching her mother-in-law stitch one evening she was struck with the inspiration for this latest egg. Producing two brooches as prototypes, the egg was designed as a platinum mesh, dotted with square-shaped calibré-cut gemstones to represent the stitching. The “trick” upon opening the egg was a medallion decorated by an enamel painting of the profiles of her five children surrounded by a pearl and demantoid frame surmounted by a crown atop an urn motif stand. 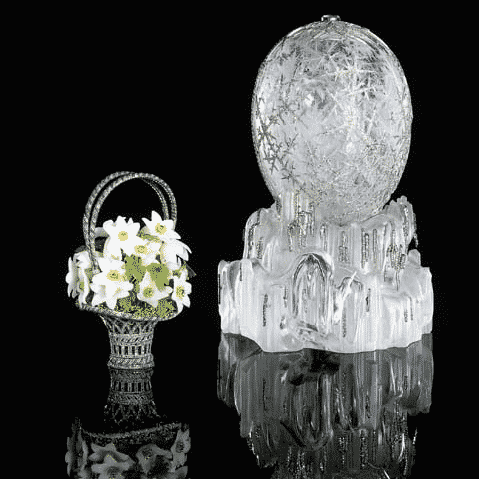 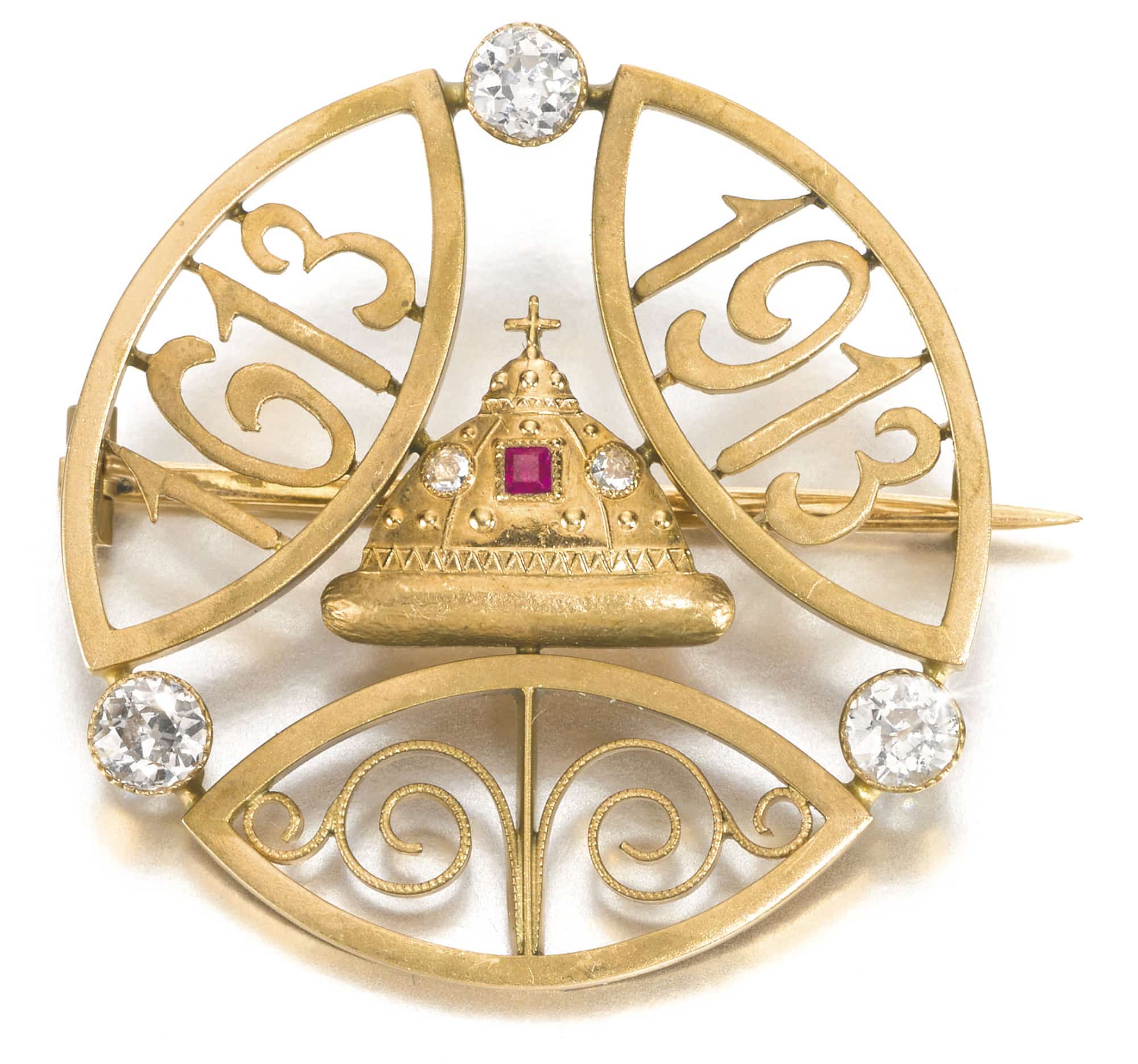 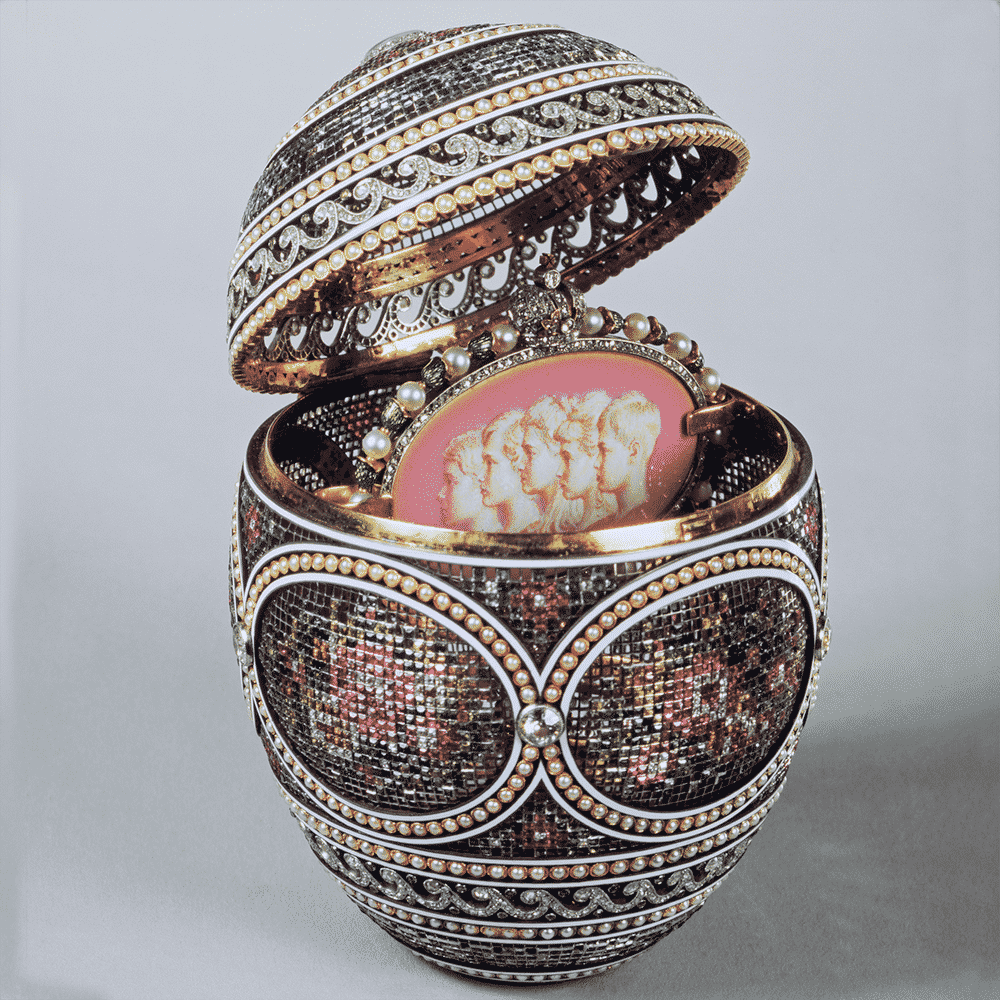 After the revolution closed the Fabergé workshop Alma studied to become a German teacher. In 1919 when her husband Nikoli’s company eventually closed they attempted, unsuccessfully, to leave Russia. He served some prison time and it wasn’t until 1921 that they were able to secure him a passport and move to Finland. Nikolai was able to work again for the Kymi company in Kuusankoski and they hired Alma to teach drawing and calligraphy at the factory’s school. She remained employed at Kymi for twenty-four years until her retirement in 1951. None of her pupils were aware of her time as a Fabergé designer. Albert Holmström’s production sketches collected in two albums (c.1909-1915) included Alma’s designs and are owned by Wartski, London.