An arabesque is an intricate design of interwoven flowing lines, often featuring heart-shapes, composed in a geometric pattern. Volutes, auriculars, and scrolls are all integral elements with an abundance of floral and foliate, figural and fruit motifs serving as the inspiration. Circa 1530 arabesque designs were favored by Renaissance artisans, the style believed to have been spread by Venetian Muslim traders. Extremely popular, arabesque became a predominant motif in jewelry design during the late Renaissance and Baroque periods. Sometimes arabesques were called Moresques, which refers to the use of a more geometric form of the theme that enjoyed popularity throughout the Muslim world. 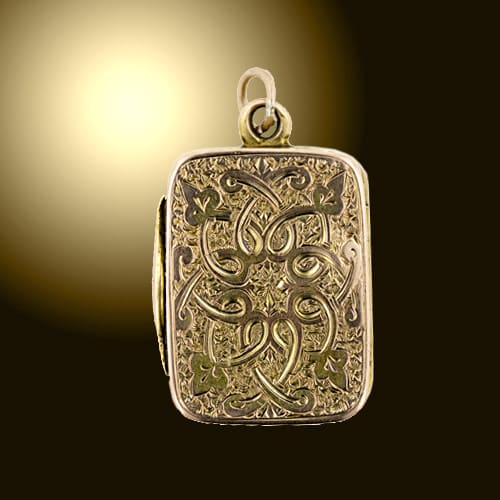