ARCOTS – A Pair of Diamonds

These two exceptionally beautiful pear-shaped diamonds began their travels from the Nawab of Arcot to Queen Charlotte of England in the company of three brilliant-cut diamonds. It is the pear-shaped diamonds, originally set as earrings, that retained the moniker “Arcots”. Their brilliance was of such magnitude that they would be owned by the royal families of three countries. Ownership would take them from Arcot, located near Madras in India, to England, America, and finally Saudi Arabia. Along the way, they would lose their identity as twins when – in an effort to enhance their beauty –they were re-cut and their resemblance was no more.

These two great pear-shaped diamonds found their first home with the Nawab of Arcot, Azim-ud-Daula. Later the diamonds would take their name from the town of Arcot thus honoring their first recorded owner. Wanting to make an impressive showing of his undying loyalty to the English monarchy, Azim-ud-Daula decided in 1777 to make a nazrana (a gift offered in loyalty to a ruler) of five diamonds to Queen Charlotte, consort of George III of Great Britain. Two of these stones were the great pear-shaped diamonds.

Upon the Queen’s death in 1818 the diamonds, along with other jewelry, were ordered to be sold for the benefit of Queen Charlotte’s daughters. However, King George IV, her eldest son, thought otherwise. Ignoring his mother’s wishes – and likely annoying his sisters in the process – George IV took personal possession of all of his father’s property, including Queen Charlotte’s jewelry. Commissioning a royal crown for himself, George IV ordered that it be decorated with the Arcot diamonds and another diamond, a round brilliant shape, discovered among his father’s possessions. With the passage of time, this crown was remade for Queen Adelaide, consort of William IV. 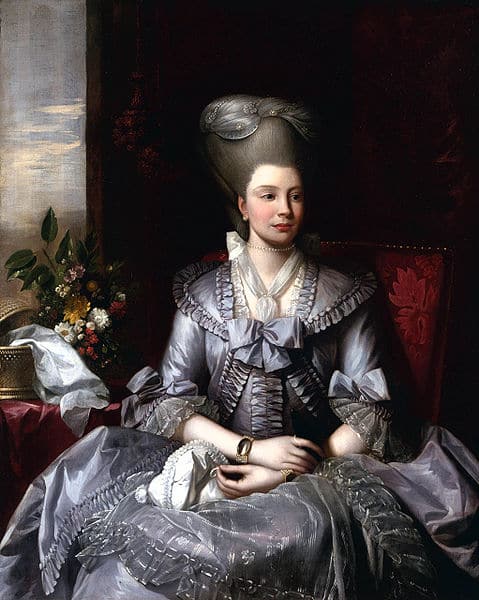 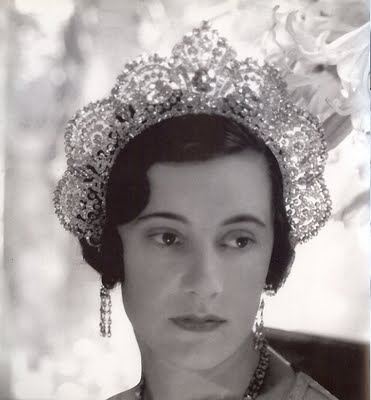 Westminster Tiara with the Arcot Diamonds.

In 1834, after the death of King George IV, the firm of Rundell & Bridge was finally allowed to sell the diamonds as Queen Charlotte had intended. The sale was held at Willis’s Room in St. James’s, London on July 20, 1837. The Arcots, along with a round brilliant diamond – that some believe to be the infamous Hastings – and the Nassak diamond were all sold to the first Marquess of Westminster for £11,000. Remaining in the Marquess’ family for many years, they eventually commissioned the famed Parisian jeweler Lacloche to mount the stones in what would be known as the Westminster Tiara.

Ian Balfour in his book Famous Diamonds describes the tiara as:

…of bandeau form, together with the round brilliant and no less than 1421 smaller diamonds. The tiara was pierced to form a design of pavè-set scrolls with arcading, and with clusters of navette-shaped diamonds between the sections, tapering slightly at the sides, with baguette diamond banding framing the large centre stone and with diamond baguettes dispersed singly throughout the ornament.1

The diamonds were removable to be worn suspended from a bar brooch. Displayed in this fashion, the third wife of the second Duke noted in her diary that they looked fake, a friend remarked that they resembled lumps of glass. In 1931 a famous photograph was taken by Cecil Beaton of her wearing the tiara.

Needing to raise money to pay heavy death-duties, the third Duke of Westminster was forced to sell the tiara in 1959. An auction was held by Sotheby’s and Harry Winston was high bidder at £110,000. Dismantling the tiara, Winston re-cut the Arcot pear-shapes, ostensibly to gain clarity and enhance their brilliance. As a result, the final weight of the two stones became 30.99 carats and 18.85 carats, making them no longer a pair.

Sold separately as rings, the larger stone, now known as Arcot I, was purchased in 1959 while the smaller one, now labeled the Arcot II, found its new owner in 1960, both to American clients. Later, the larger stone would make a reappearance as a pendant in a Van Cleef & Arpels necklace. Its last known public viewing (with the necklace) was November 1993 when an auction at Christie’s, Geneva made the winning bidder Sheikh Ahmed Hassan Fitaihi of Saudi Arabia the new owner of the Arcot I for a record price of £918,243. 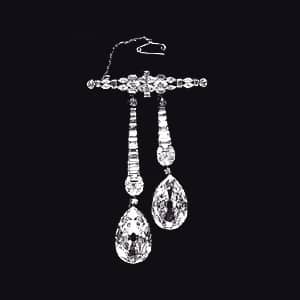 Arcot Diamonds Set in a Brooch.