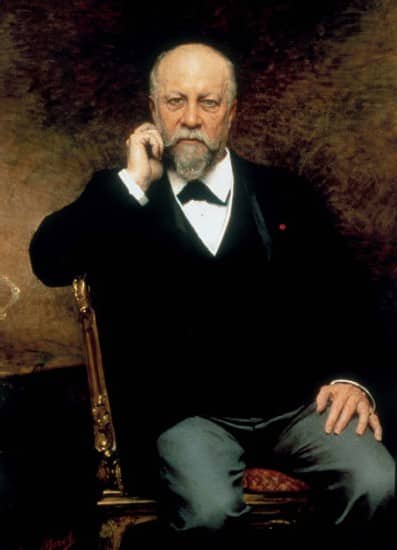 Before opening his own jewellery store in 1858, Frédéric Boucheron apprenticed at the fashionable Parisian jewellery house Deschamps. When Deschamps retired, he discouraged Frédéric from entering the jewellery trade, calling him “not cut out to be the proprietor of a business.”1 Nonetheless, Boucheron persevered and his eponymous firm has become one of the most well-regarded and preeminent of jewellery houses.

The gemstones he used were carefully selected for color and quality. Even Boucheron’s most accomplished competitors, like André Massin, praised the firm’s pieces for their “faultless craftsmanship.”2 The jewels were also unusual. As fellow jeweller and historian Henri Vever said, Boucheron made pieces that “very few of his colleagues would have dared to make at the time.”3 The firm thus developed a faithful and growing clientele including the firm Tiffany & Co. In 1867, Boucheron won a grand prize for jewellery at Paris’s International Exposition for pieces in the archaeological revival and Louis XVI styles. In 1876, the French government presented Frédéric Boucheron with a Legion of Honor award for his jewellery. Awards from international expositions would continue for the next fifty years.

Frédéric would not see all of them. He died in 1902, leaving the firm to his son Louis. The business was in good shape. Nine years earlier, in 1893, Boucheron had taken up residence at 26 Place Vendôme, Paris. By the turn of the century, the firm had enough name recognition, and capital, to open branch stores in London and New York. In the early 1930s, the firm expanded its presence to the Middle East and South America. Fred and Gérard Boucheron, Louis’s sons, literally carried Boucheron’s jewellery all over the globe, offering private showings to important clients. As the twentieth century dawned, the firm stayed at the cutting edge of fashion. It produced exquisite Art Nouveau, Edwardian, and Art Deco pieces. During the 1930s and ’40s, Boucheron popularized detachable dress clips and like other firms during the Retro period, its designers made ample use of three-dimensional motifs, flexible chains, and tassels.

In 1962, control of the firm passed to Gérard’s son, Alain. Under his direction, the firm returned to materials it had used at the beginning of the century including rock crystal quartz, coral, wood, and turquoise. In the 1970s and ’80s, Boucheron designers mixed such materials with diamonds and other precious stones to create large, impressive pieces. To this day, the firm’s designs often feature design motifs from their past including carved multicolour gemstones, geometric lines, tassels, and mesh elements mesh in combination with more modern design components continuing their reputation for impeccable quality and design. 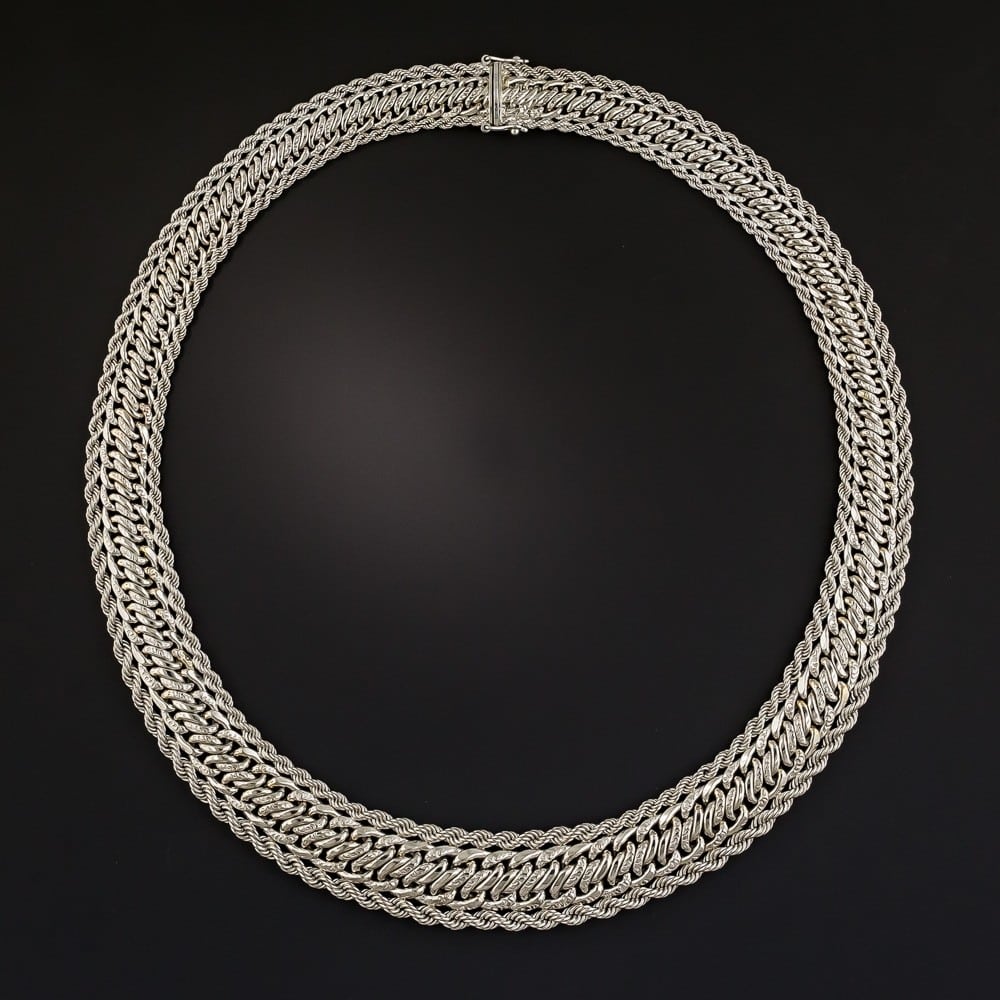 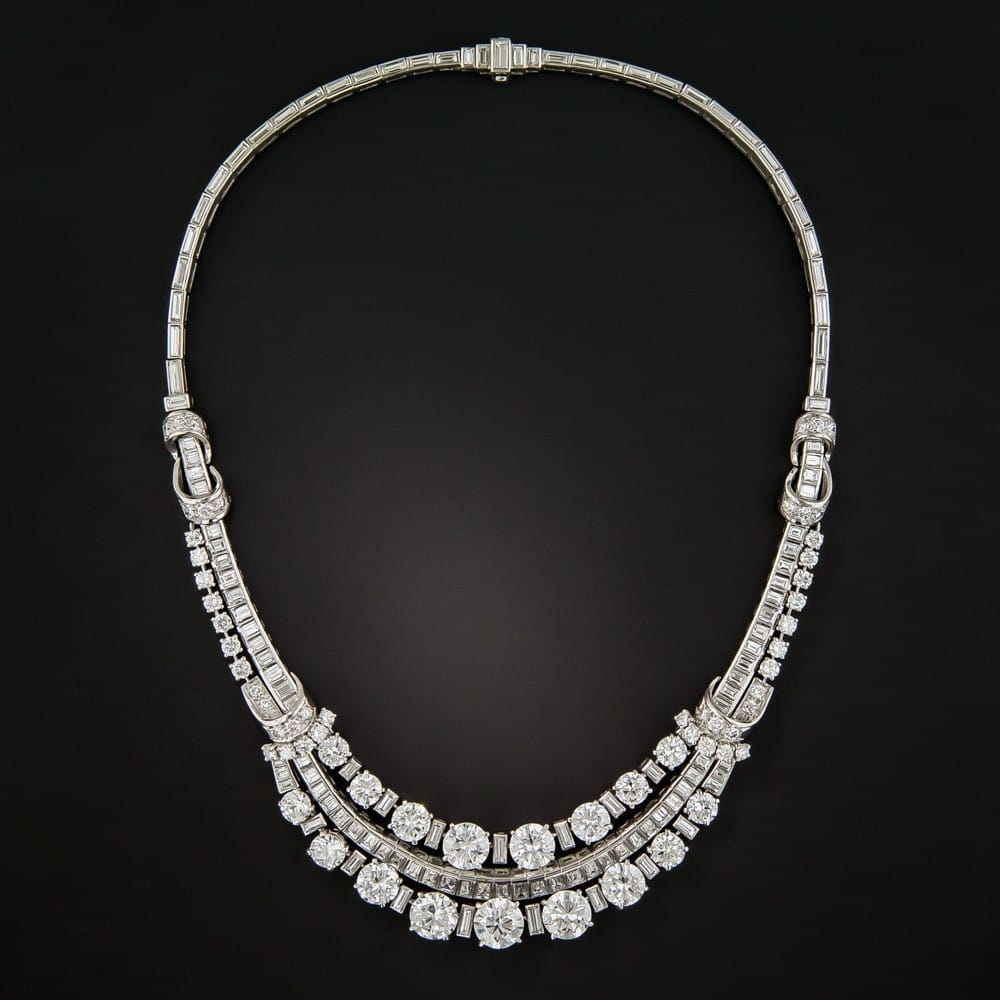 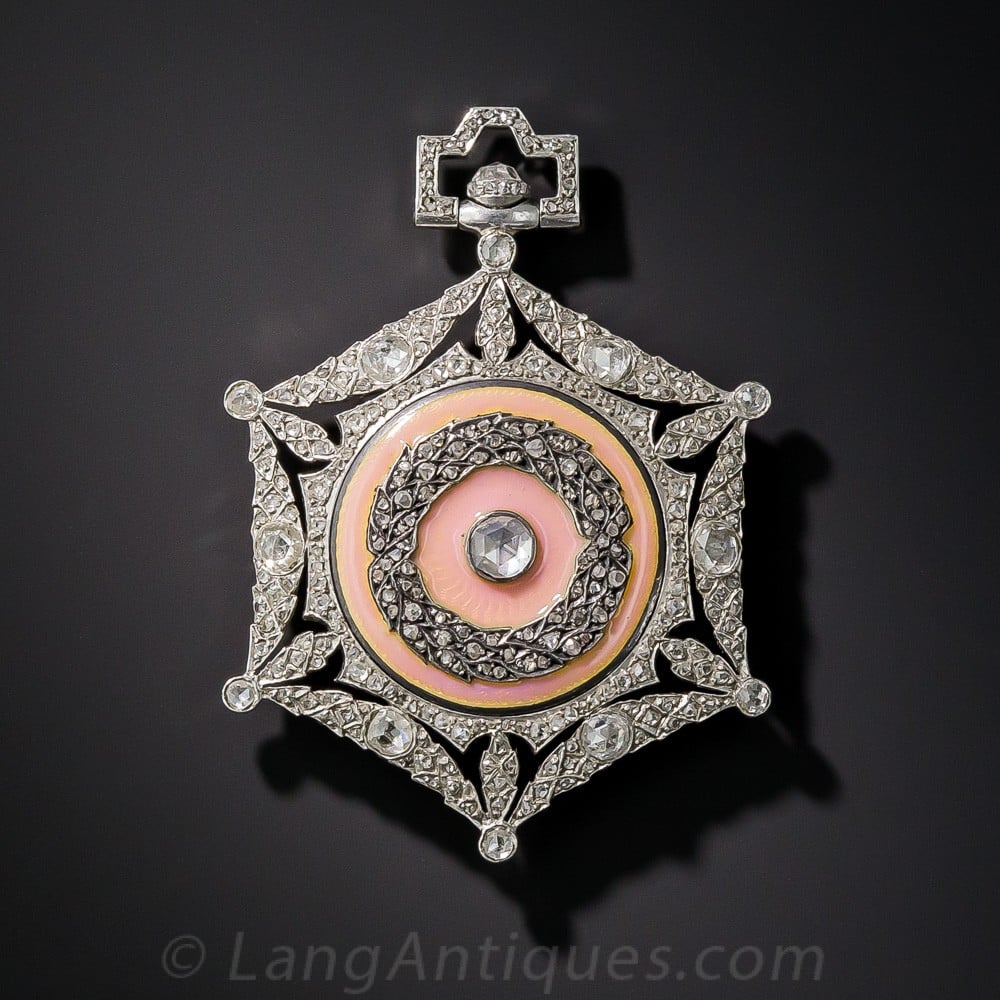 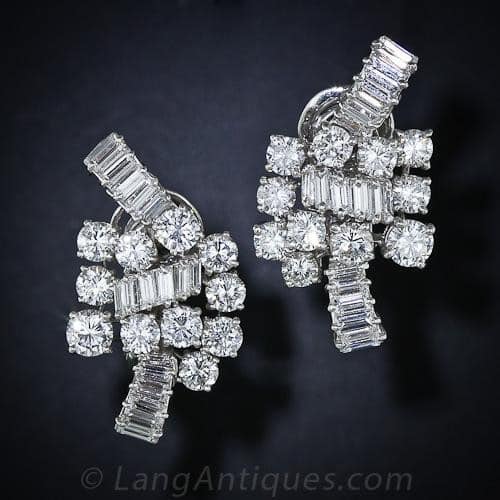 Innovative use of unusual materials