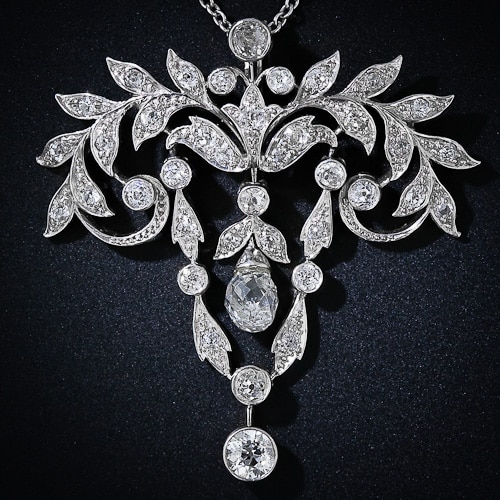 Briolettes are drop shaped, multi faceted stones. They are unique in the sense that they lack a girdle, a feature all other gemstone cuts have and by which they are usually set. Consequently, briolettes are used as beads by drilling them or as pendants, being suspended from their tips.

Briolettes were fashioned in India as early as the 17th century. J.B. Tavernier sold two of them to Louis XIV and documented them in his book Six Voyages of Jean Baptiste Tavernier. Briolettes may have originated from the double Rose Cut which, when one of the sides is longer than the other, form a drop shaped stone. Looking at historic briolettes no such thing becomes obvious though. Most briolettes have facet arrangements which differ from the usual hexagonal arrangement of triangular facets which is so characteristic for the Full Rose Cut. 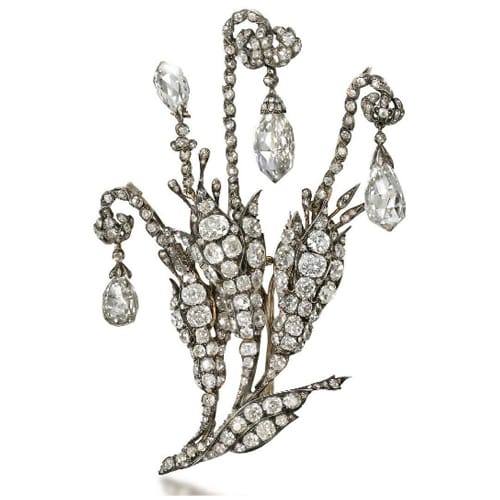 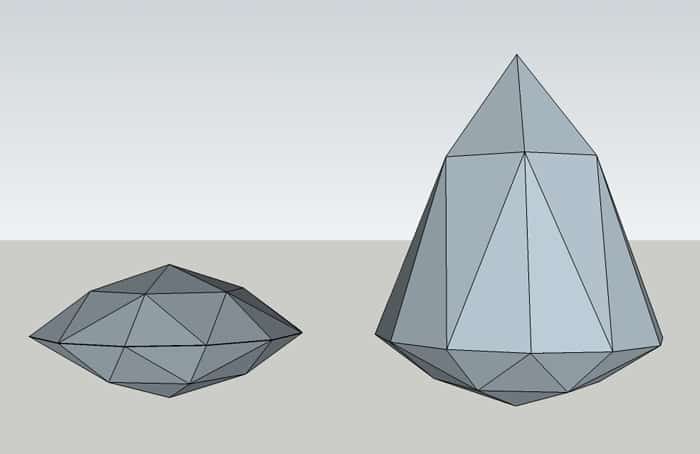 Double Rose Cut Along Side a Stretched Version Depicting the Possible Relationship Between a Briolette and a Rose Cut.