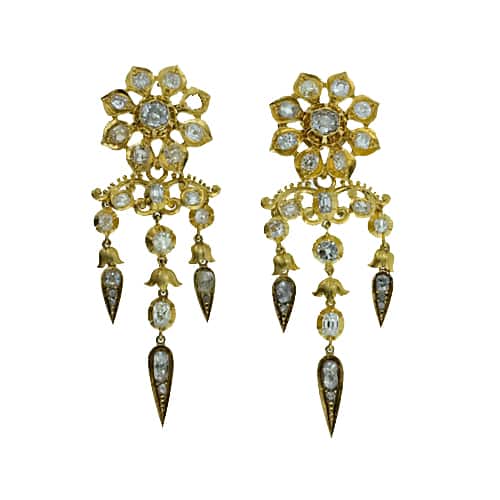 Chandelier style, also known as girandole, are characterized by a bow, central stone or circular cluster of stones at the top from which are suspended three gemstone drops. The tops, as well as the drops, can be simple to elaborate in execution. This style of earrings, and pendants, is first noted during Roman times, re-emerged during the Renaissance and persisted until the late Victorian period. With the revival of antique style jewelry in the late 20th and early 21st centuries many adaptations of the Chandelier earring are seen.