Commesso is a bas-relief composition of precisely cut gem materials (pietra dura) combined with enameled gold elements to form an assembled cameo. The commesso technique differs from a cameo in that it is not carved completely from one piece of material, but put together in the manner of a mosaic to form the image. The art of commesso became popular in sixteenth-century Florence and remained so throughout Europe until the early twentieth century. This technique was also used extensively to ornament furniture and walls. 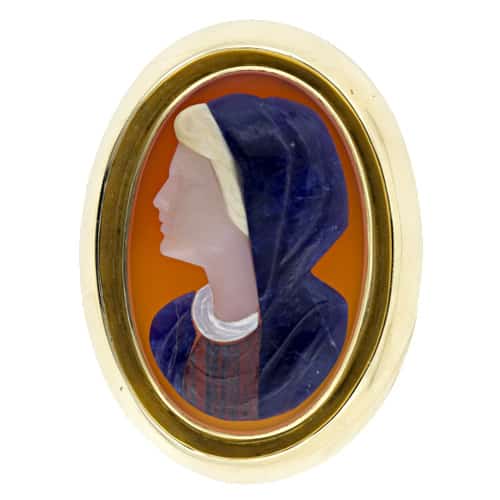