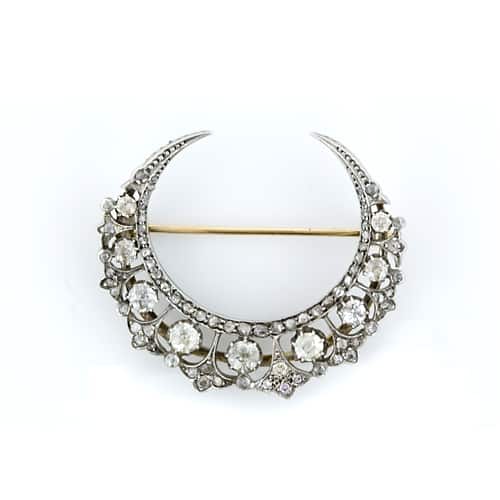 A crescent is the shape of a moon at or around the first or last quarter. Crescent moons, set with diamonds, were very popular in the late 18th and 19th century as brooches and hair ornaments.