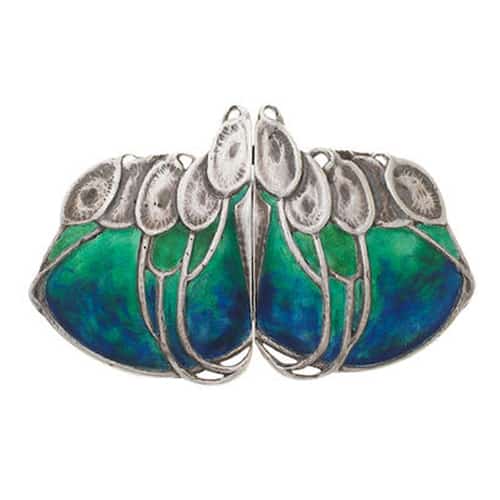 Liberty & Co. of London introduced this trade name in 1899 to distinguish jewelry they sold by British designers and firms. Arthur Gaskin, Bernard Cuzner and Archibald Knox were the designers from the Arts & Crafts movement who created most of the Cymric designs.

Liberty’s advertisements at the time touted Cymric as:

… an original and important departure in Gold and Silver work. In this development there is a complete breaking away form convention in the matter of design and treatment which is calculated to commend itself to all who appreciate the note distinguishing artistic productions in which individuality of idea and execution is the essence of the work.1

Cymric was a registered mark from 1901.