Emeralds from Habachtal / Austria in Jewelry and arts by Nikolaus B.G. Lackner 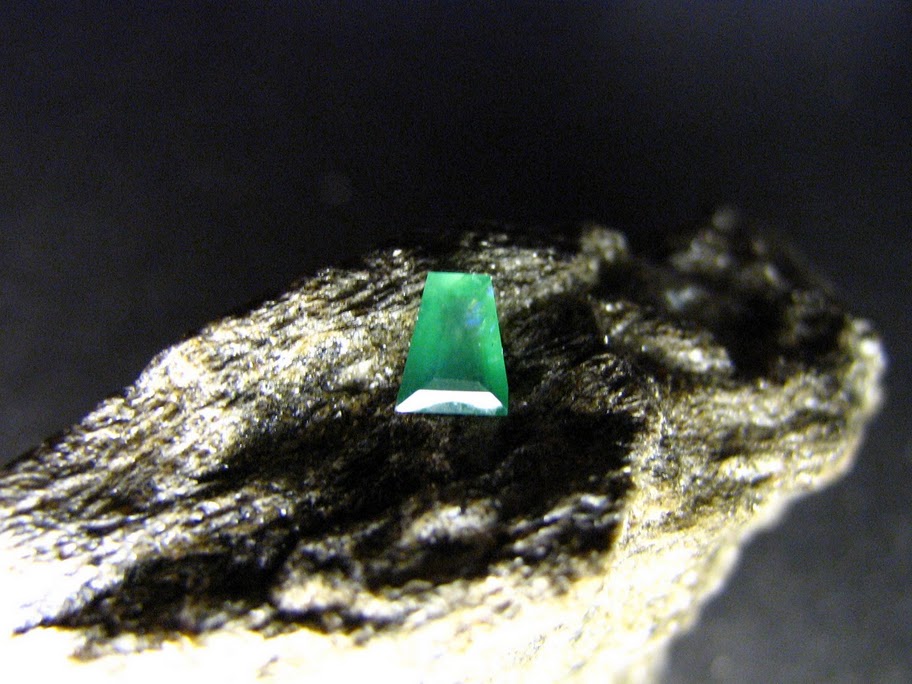 Although the occurrence of Emeralds in this high alpine valley is the only relevant one in Europe, it is of almost no importance in today’s international market. Most likely you will see an Austrian emerald in your everyday work. But since there have been periods in time where the Habachtal emeralds were one of the few known sources for this magnificent gem species, the possibility of encountering an Habachtal emerald in antique jewelry and art pieces is present. I want to draw the attention of the members of the industry for a closer look on emerald objects that meet some of the criteria I will list further down below.

Through the fact that the emerald hosting rocks are situated in 2.000 to 2.200 m above sea level in extremely steep mountains, it was not possible to establish a regular underground mine for a very long time. Thanks to climate change the actual primary deposit nowadays is free of ice for about 4 – 6 months a year. In history, there were phases where mining was impossible due to snow and ice coverage as well as phases where the average temperature was 2 degrees Celsius above the one of today.

The first bigger international appearance of Habachtal emeralds was in 1861 at the London world industrial exhibition. The stones were so beautiful that a Viennese jeweler invested a lot of money in opening a mine up there. He was successful, one of the gems he mined in that period was 42 carats after cutting and is now mounted into the English crown jewels. My ongoing inquiries to get some more information and pictures of this famous emerald haven’t been answered so far.

Later on, an English company (Esmerald Mines Ltd.) took over the operations for about 20 years, and the stones they mined in that period (There are only figures for one year left in documents: in the 1903 season they sent 32.000 Carats of fine rough and 7.000 Carats of excellent quality to England) were labeled as “Indian emeralds” because the deposit was not known to most of the people in gem trade and would have sold for a much lower price.

The first world war (England and Austria were opponents) set an end to that profitable mining period. Before the English were forced to leave, they blew up the so called “emerald breast”, a geological formation within the mine were the best gems were found. This rich mother lode is still undetected nowadays, which adds another piece of puzzle to the myth of Habachtal.

None of the following mining operations ever repeated the success of the English period. Since the mine is in a national park, the authorities only allow methods of mining that are harmless to the environment. No machines (except a generator for electricity to light the tunnels) are allowed and they are only allowed to extract 50 cubic meters of mother rock per season. Everything must be done by hand. Most pieces were and are sold as mineral specimens. The family that runs the mine today generates good money with these specimens, but only about 20 to 50 emeralds per year are clean and big enough to match up with the best Colombian gems. 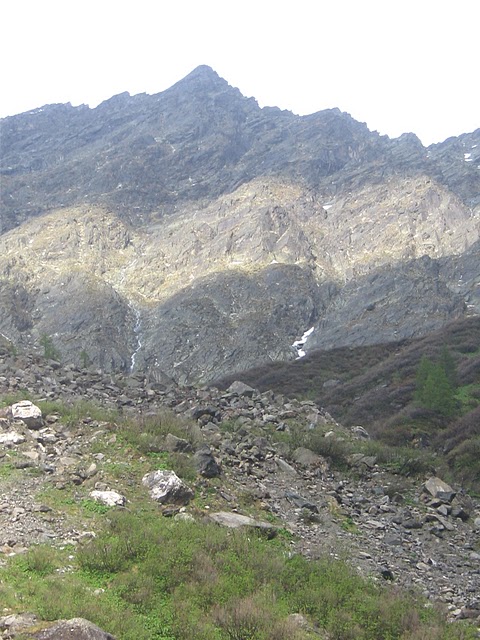 View of the Scenery Around the Mine.

Here is another interesting difference to international emerald market: all cut and polished emeralds from Habachtal are sold for triple (Poor qualities) to quadruple (The best gems) the price of comparable Colombian material. These high prices are paid by European collectors, one can compare that to the similar situation in other gemstone deposits, for example the Blue Sapphires of Montana, USA.

Some people tried to take advantage of this fact and imported cheap rough from other mines around the world to sell them as Austrian emeralds. Due to the identical geologic environment especially the emeralds from the Tokowaya mine near Sverdlovsk in the Russian Urals were used to imitate Austrian specimens. These betrayals were uncovered very fast, since the inclusions of Austrian emeralds make them easily identifiable for gemologists. 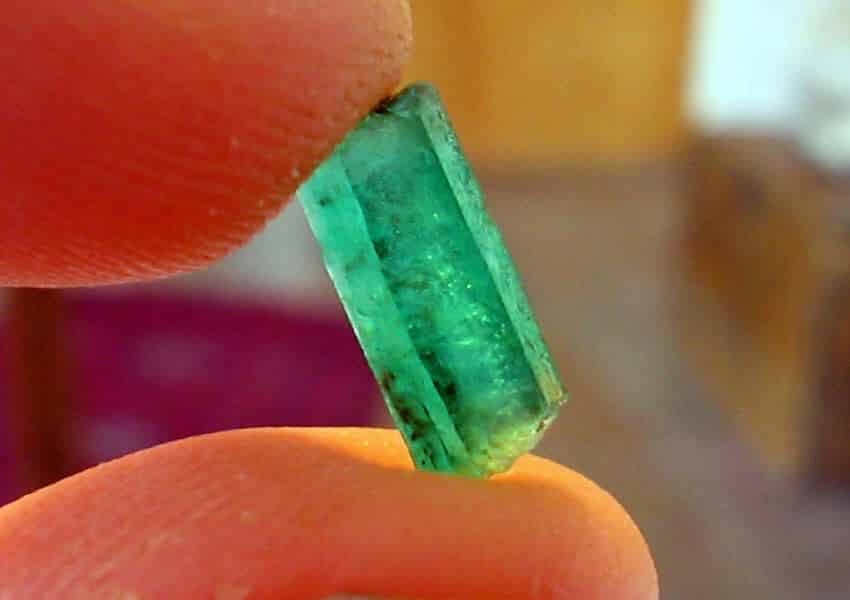 The Treasure of Vaise, discovered in 1992 consists of different objects (like coins that made it possible to exactly date the find) including a set of earrings and a necklace of gold with polished emerald crystals. Some of the crystals are originating from the Habachtal emerald deposit. 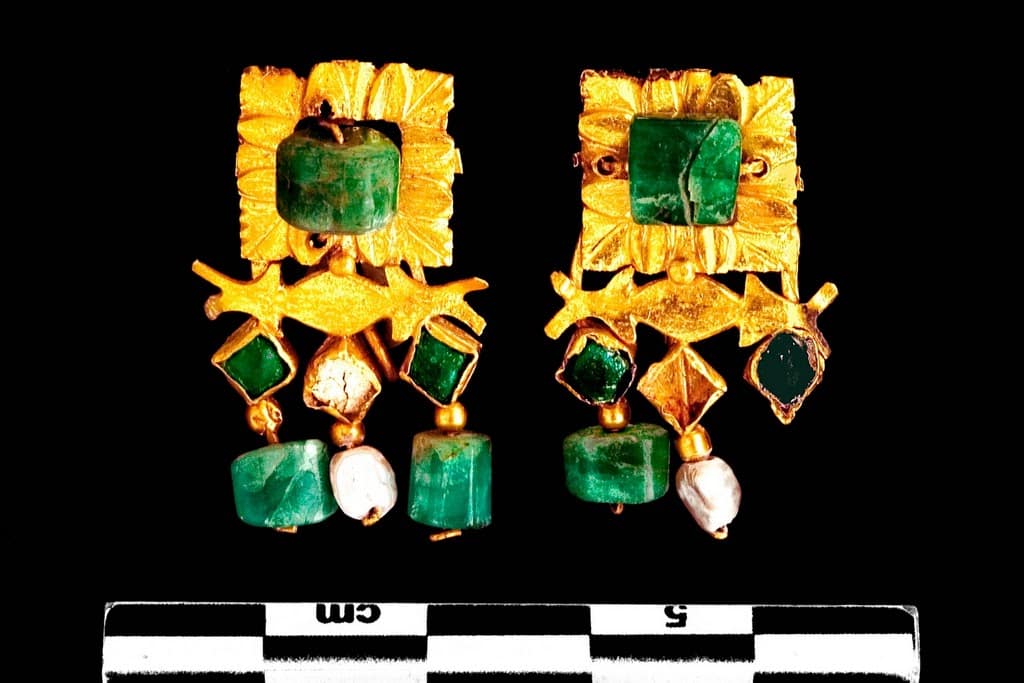 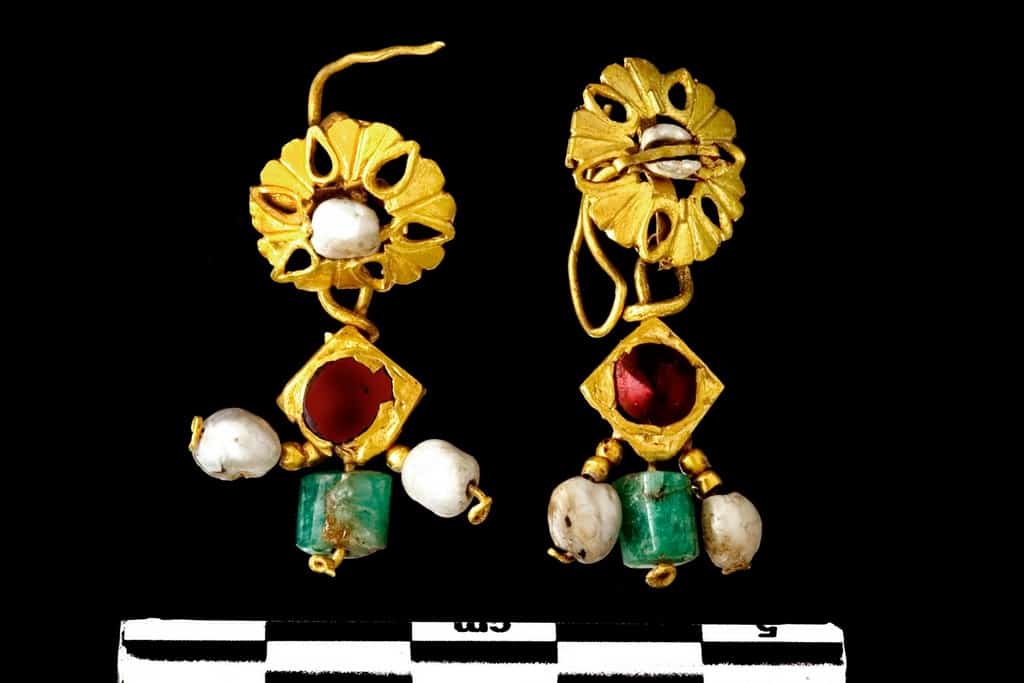 Earrings from the Treasure of Vaise. 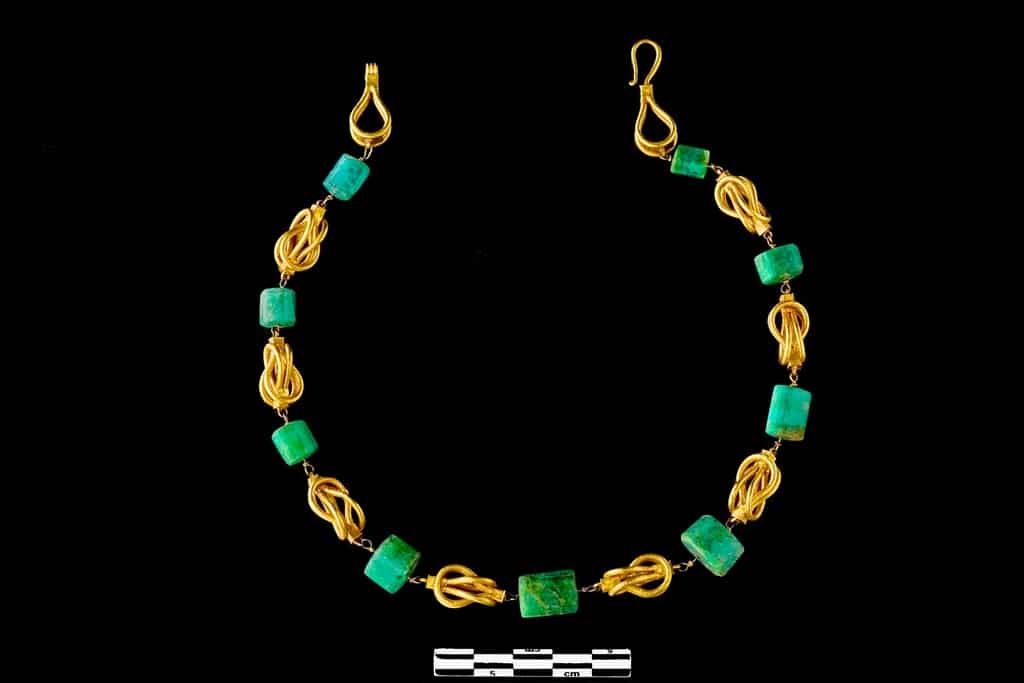 Emerald Necklace from the Treasure of Vaise.

You should investigate further when you have a piece of emerald jewelry that meets one or more criteria of the following list: The investigation should be done by a gemologist, references that can be used to do that are publicly accessible via the net.

As I am currently working on a book project on the Habachtal emerald deposit, I want to encourage you to report any suspected Habachtal emeralds for further scientific investigation to my email address: Habachtaler@gmail.com

If one of these criteria is met, a further investigation should be made by a gemmologist. Remember, if a piece is proven to be of Austrian origin, the value of the piece is higher. Since Habachtal emeralds are collectors objects and, especially in good qualities, very scarce.