Although granulation, embossing, and filigree had been used in Mesopotamia and Egypt earlier, the Etruscans perfected the techniques to a very impressive level. The delicacy and technical precision were a complete novelty for that time. A firm belief in the afterlife by the Etruscan people has caused us to be able to enjoy these pieces today; the Etruscans sent their dead to their graves in full gear. Not only their metal working skills but also their use of gemstones like sapphire, emerald and garnets makes the Etruscan artists pioneers in the field of Europe’s decorative art.

Somewhere around the 8th century BC, the Etruscan civilisation starts to be recognizable as such. The Etruscan civilisation can be called a political power built up out of united, but largely independent city-states that stretched from the Po valley in the north to Campania in the south and from Corsica in the west to Umbria in the east. These people were sharing a common language and their building styles and artwork were alike. They were great civil engineers and many of the building techniques that have been attributed to be Roman inventions were in fact Etruscan. 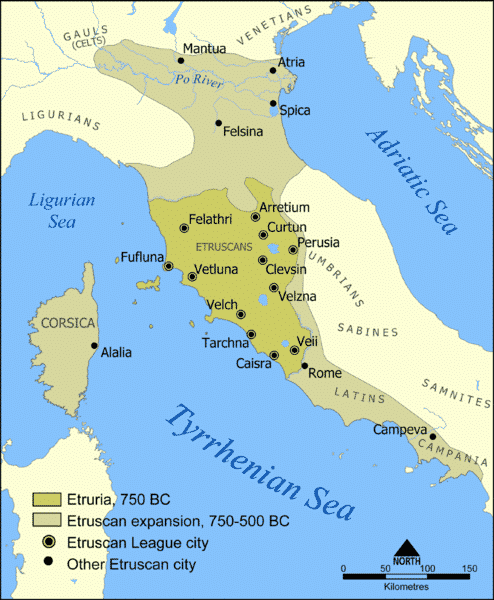 Where the Etruscans came from remains a topic of debate. Ancient sources indicate them to be colonists coming from Anatolia (Turkey). This theory gets confirmation by modern genetic research but gets opposed by linguistic research; the Etruscans spoke a language that is not related to that spoken in Turkey. Another ancient source claims the Etruscans were native to the land they lived on. No matter what theory is correct, one thing that is certain is that adoption of techniques and resources like gold and gemstones came from the East through traders like the Phoenicians. 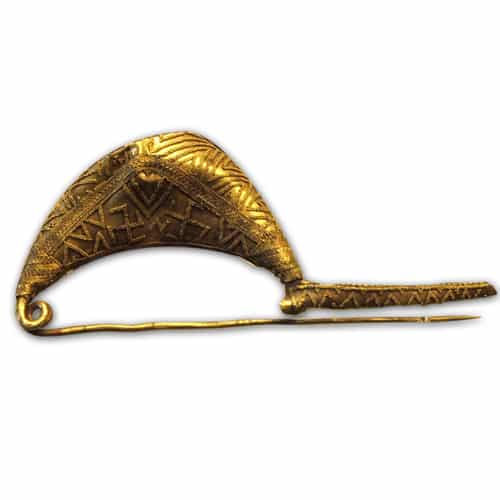 Etruscan jewelry can be roughly divided into two periods: Early Etruscan and Late Etruscan. From the 7th century BC until the 5th the civilisation came to its full glory. The best pieces of jewelry come from these times. Early Etruscan jewelry is characterized by its abundance, high skills of the makers and it’s variety. The Etruscans loved color; faience, colored gemstones and glass beads are therefore often decorating their work. A certain amount of Greek influence is to be recognized, such as an increased use of filigree and enameling after the 7th century BC.

Gold was scarce to the Etruscans and this is expressed by the lightness and precision workmanship on an incredible minute scale. Much of the sheet gold used is less than 0,1 mm thick. Where thicker rods were needed, sheet gold would be rolled up to form hollow tubes. Gold wire was used in filigree, the most typical being the spiral beaded wire that was made by rolling a knife-edge over a smooth wire causing a screw-thread like decorative wire to be produced. The most famous technique of the Etruscans is their perfect granulation that was applied without any solder.

After 400BC foreign forces started to nibble on the Etruscan world. Celts from the north were attacking the northern cities, Italics were doing the same in the south. The political and economic position of the Etruscans deteriorated. A situation that was reflected in their jewelry: flimsy sheet gold pieces with simple embossing replaced the fabulous jewelry from the first period. Granulation and filigree were used only occasionally. Eventually, the Etruscan civilisation was absorbed by the upcoming Roman civilisation. 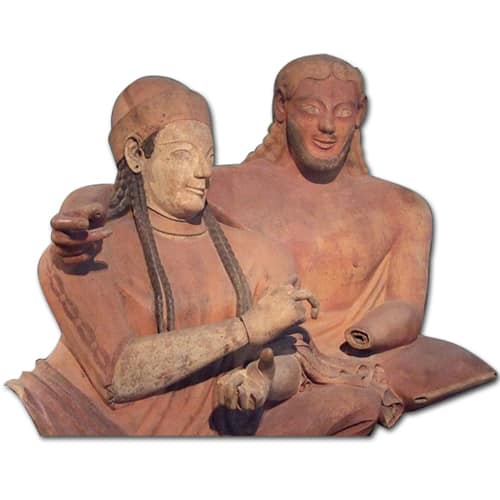 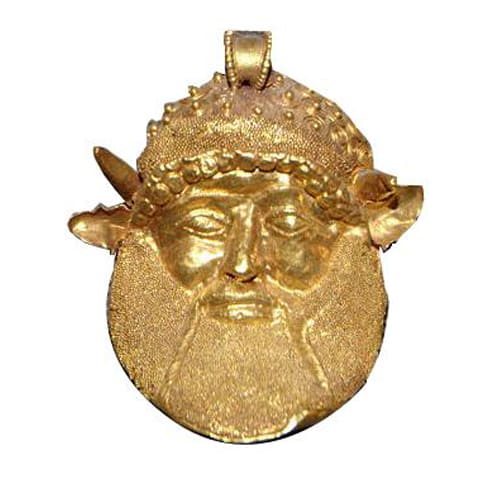 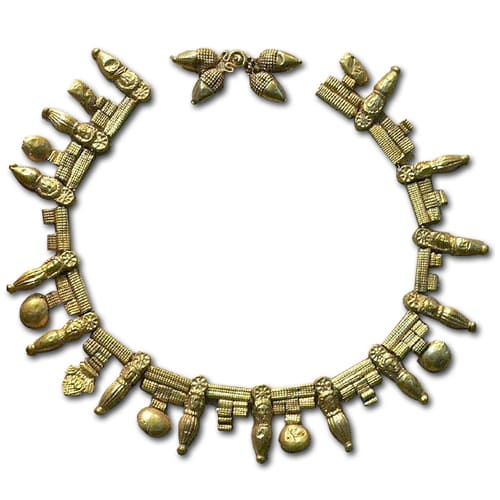 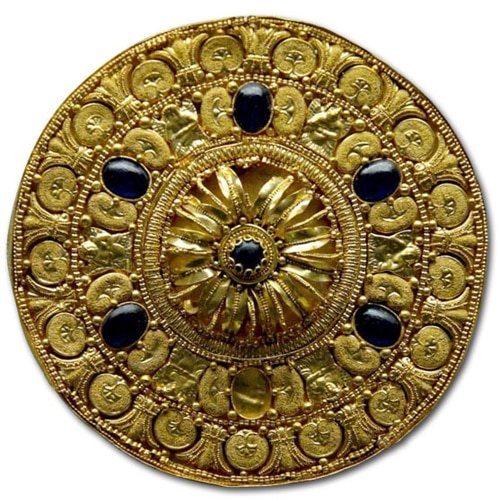 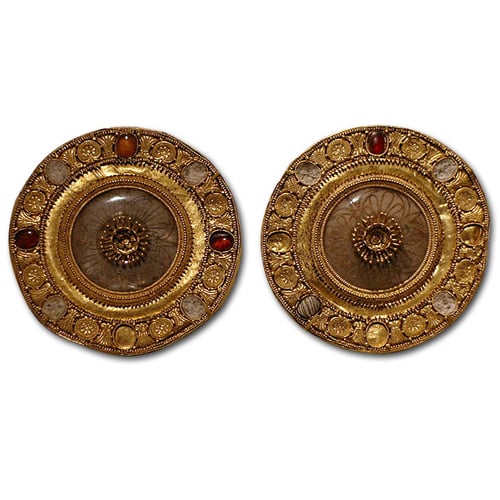 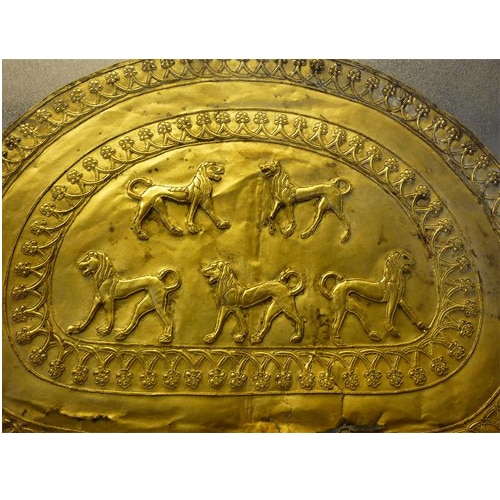 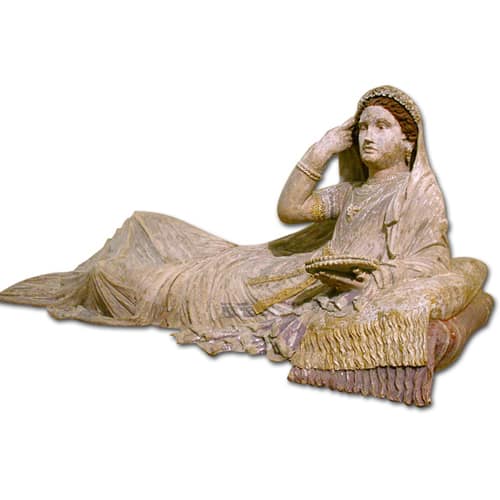 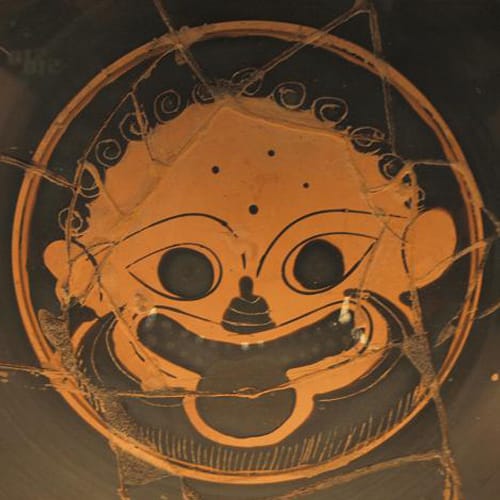 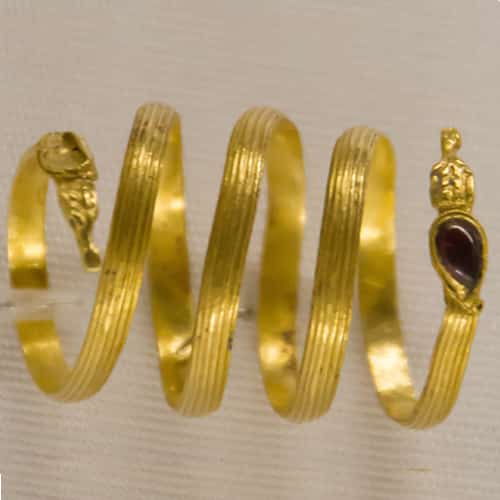 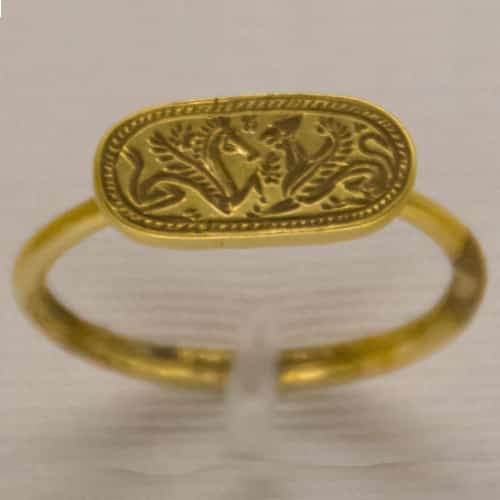 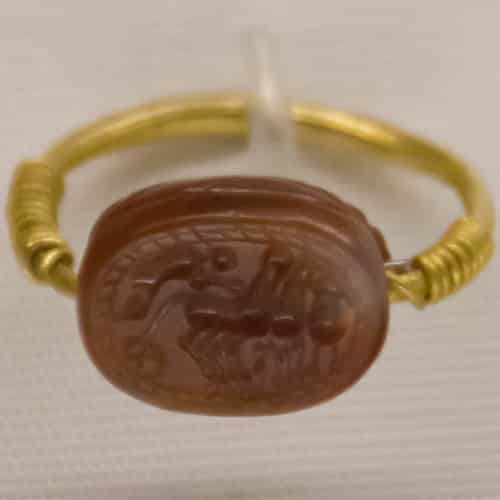 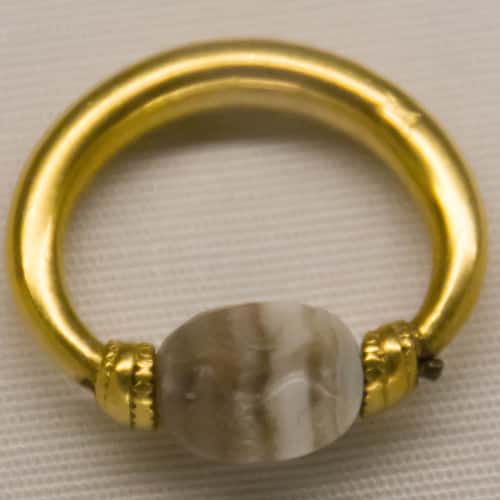 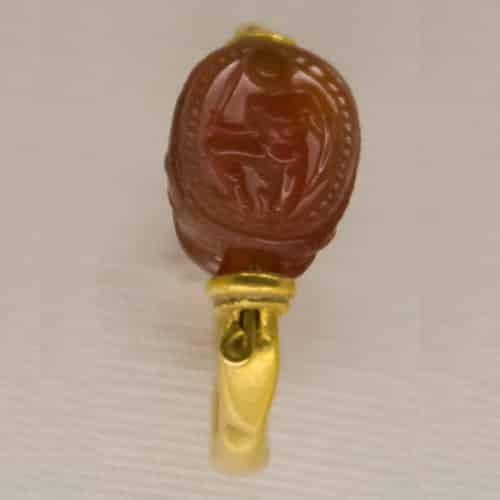 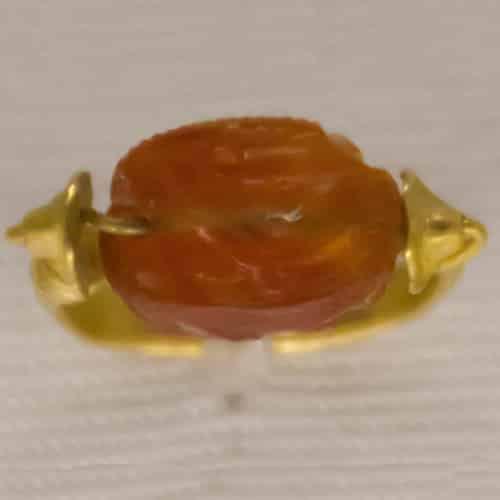 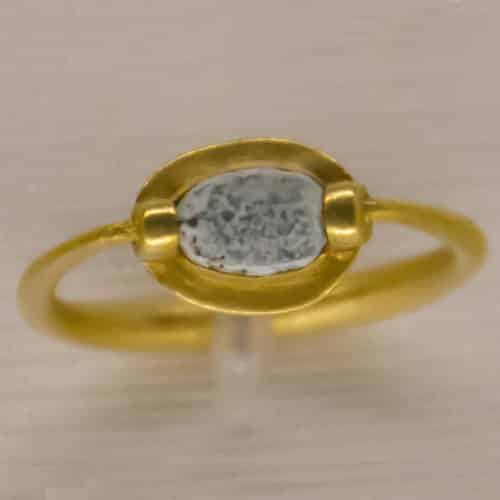 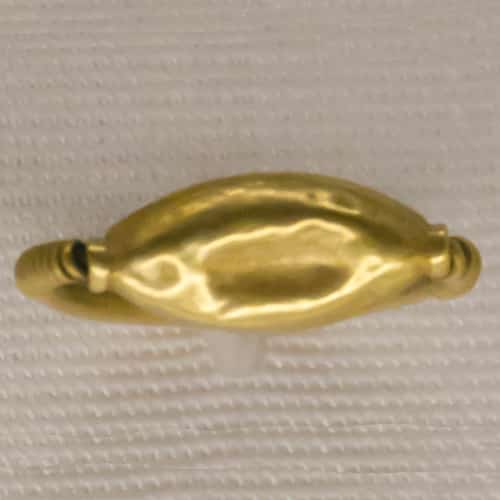