Believed to be of Brazilian origin, this much-traveled diamond has not only changed hands many times, it’s also one of the few diamonds to successfully change its name. Its history is that familiar tale of royal ownership highlighted by all the perils, passion and intrigue that go with it. It has been used for everything from a tool of passion to a golden parachute. Its adventures include being smuggled out of a country and a disappearance for an extended period of time. Even though it currently remains in seclusion, its reputation remains intact as one of the more magnificent examples of a large diamond. It is the 51 carat Eugénie Diamond. 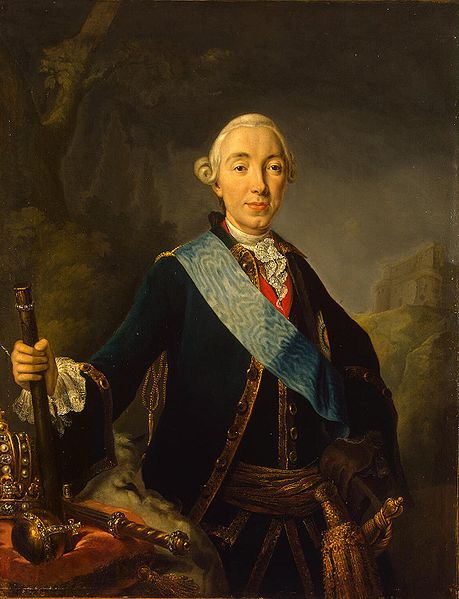 Coronation of Peter III of Russia. 1761.

While unconfirmed, a book recording important Brazilian diamonds by Esmeraldino Reis includes a reference to a stone believed to be that of the future Eugénie diamond. According to Reis, the Empress Eugénie weighed in excess of 100 carats in the rough and was discovered in 1760 in the Minas Gerais province of Brazil in the diamond region of Chapada Diamantina. After exportation to Lisbon, it is believed to have been sent for cutting to Holland. After its cutting, the diamond somehow made its way to Russia.

Its story in Russia begins with the Grand Duke Peter, grandson of Peter the Great. While heir to the throne of Russia, he married Catherine, daughter of a German Prince. Upon Peter’s ascension to the Russian throne it became clear to just about everyone, but Peter, that he was ill-equipped to rule. Soon a marital rift developed between Peter and his wife. Upon hearing of Peter’s plans to dispose of her, Catherine beat her husband to the punch, staging a coup of her own. Supported by the Imperial Guard and certain Russian nobility, she took St. Petersburg and was proclaimed Empress in July of 1762. The out-maneuvered and hapless Peter III abdicated and was later assassinated.

The newly crowned Empress enjoyed ruling Russia and all the perks that went with it. That included access to the Russian Crown Jewels. Having a passion for jewelry, Catherine retained the services of some of the best jewelers available of that period, commissioning them to design and re-design portions of this fabulous collection of jewels. Records indicate that during Catherine’s ownership, the future Eugénie diamond was set in a hair ornament, was pear-shaped, and weighed 54.12 carats, measuring 20.505 x 24.2 x 11.255 mm and was cut with 120 facets.

One of Catherine’s great supporters and – perhaps more importantly – lover was the dashing Grigori Alexandrovich Potemkin. Due to his special place in Catherine’s heart, Potemkim quickly developed the status of most powerful man in Russia. The smitten Catherine bestowed many gifts on her lover, including a palace called Tauride and a certain pear-shaped diamond. Now weighing in at 51 carats, the stone was promptly christened the “Potemkin” diamond. After Potemkin’s death, his namesake diamond, along with the rest of his vast collection of jewelry, was inherited by his niece, Countess Branitsky. This collection eventually was bequeathed to her daughter, Princess Coloredo.

Meanwhile thousands of miles to the west the President of France, soon to be proclaimed Emperor Napoléon III, was attracted to an incredible Spanish beauty named Eugenia Maria de Montijo de Guzmán. The daughter of a Spanish nobleman loyal to the French, she married Napoléon III and was crowned Empress Eugénie. Purchasing the “Potemkin” diamond from Princess Coloredo, Napoléon III presented it as a gift to his bride. The “Potemkin” now not only had a new owner, but a new name as well for from this point forward the diamond would forever be referred to as the “Eugénie”. Even though the Empress amassed a large collection of jewels, the Eugénie was always her favorite. While in the possession of the Empress, the Eugénie diamond was featured in a necklace. 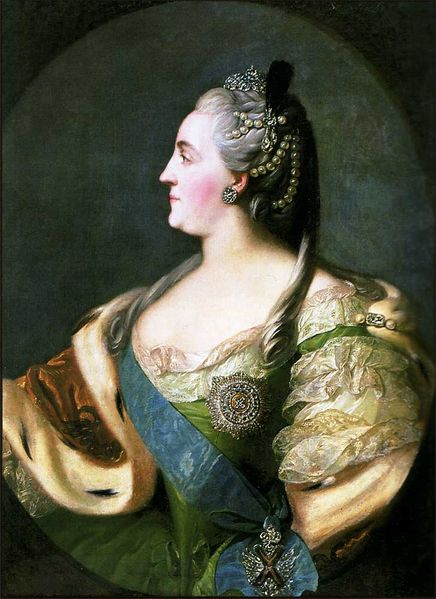 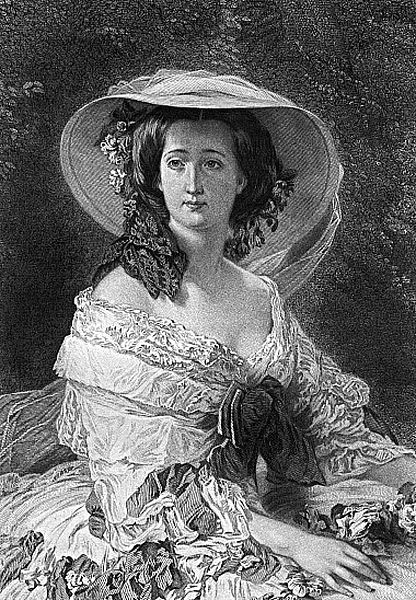 In most social circles during this time the love match between Napoléon III and Eugénie was looked upon with disdain, yet their marriage endured. They had one son, Napoléon Eugène Louis Jean Joseph Bonaparte. Empress Eugénie enjoyed the reputation as a trendsetter in the world of fashion. She was also highly educated and acted as Regent when Napoléon III was absent. Because of a lifelong fascination with Marie Antoinette, the Empress Eugénie used her influence to shape the furniture and interior designs of her time to follow the neoclassical style that was popular during the reign of Louis XVI.

When the Second Empire fell apart, the now-deposed Empress made her way to England, successfully smuggling some of her favorite jewelry – including the Eugénie diamond – out of France. For security reasons, she felt compelled to place her jewelry in the Bank of England while awaiting the arrival of her husband and son. Now, no longer enjoying the status of royalty, the ex-rulers found themselves strapped for cash and in what must have been a heartbreaking decision for Eugénie to make, the Empress sold off her jewelry as her family needed money. Christie’s auctioned off a portion of her jewelry in 1872. During that same year, the Empress sold her beloved diamond privately to Mulhar Rao, the Gaekwar of Baroda, a gem collector and reputed “richest man in the world”. The price was reportedly £15,000. When Rao was deposed in 1875, the Eugénie diamond disappeared from view for over 123 years, finally surfacing at the “Treasures of the Tsars” exhibit in 1998.

Over the years some of the French Crown Jewels have been purchased by the Louvre and returned there to be exhibited. Once such example is a fabulous bow brooch designed for and worn by the Empress. Unfortunately, the Louvre has been unsuccessful in acquiring the Eugénie diamond and it remains privately owned to this day.