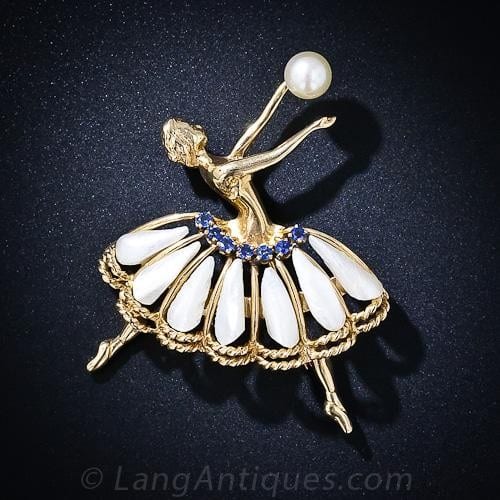 Figural jewelry refers to items including brooches, rings, and pendants – of figurative design, such as animals or persons. The style, which was particularly popular in 16th century France, dates back to ancient Egypt and was revived during the 1800’s. It has continued to be in fashion well into the 20th century. Insect brooches were especially popular during the late Victorian era and Art Nouveau designers often used sculptured women. The ballerina brooch by Van Cleef & Arpels is one of the many figural designs that became popular during the 1940’s. Today the Spanish company Carrera y Carrera still creates jewelry with sculptured figures.