A fringe necklace can be described as a series of pendant elements which dangle from links or cord which encircles the neck. The origin of the fringe necklace is the Egyptian broad collar (wesekh) which made its debut c.3rd millennium B.C. Minoan, Mycenaen, Greek and Etruscan jewelers favored the fringe necklace and indeed their examples chronicle the evolution of technology in gold work. Mycenaeans stamped designs in gold to create a myriad of pendant designs. The Etruscans created a mesh band from which they suspended their many and varied pendants thus highlighting their skills with wire work and granulation. 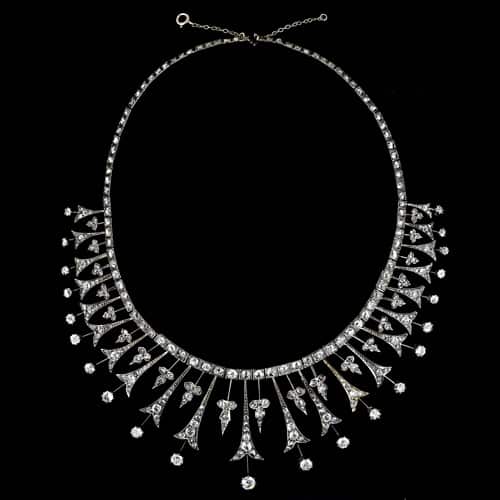