Galalith is a milk casein product that resembles bakelite or celluloid. Sometimes erroneously referred to as “French Bakelite,” this substance was developed in 1895 by German chemists seeking to create a “whiteboard” to replace the heavy slate “blackboards” used in schools. Their invention was patented under the name Lactoform and rapidly became a competitor to celluloid. Being a hard substance it takes a good, glossy polish and it proved to be an exciting new material with applications in many different industries.

A French chemist made a similar discovery c.1893. Manufacturing under the name Compagnie Française de la Galalithe, the French begin production of this casein-based plastic but the company failed. Galalith Gesellschaft Hoff purchased the rights to the process and filed a patent in 1906 for what they call Galalith. The new term quickly becomes synonymous with all casein-based plastics.

Many tons of Galalith were produced in both Germany and France, but the Germans were dependent on French casein for their production. As a result of the outbreak of World War I, restricting trade with Germany, the French soon captured the Galalith market. Celluloid, Galalith’s biggest competitor was also restricted during the war, as it was used in explosives manufacturing, clearing the way for a booming French Galalith market.

Galalith could be dyed many colors, with swirls and patterns worked into the mix. It cannot be molded or shaped, it must be carved, drilled, lathe-worked, sawed, and sculpted to create designs, this makes it excellent as an imitation for jadeite, ivory, and other carved and natural gem materials. Its high polish and excellent hardness allowed it to hold up perfectly as a jewelry material but it was also particularly prized by button manufacturers, electrical insulators, combs, and knitting needles. 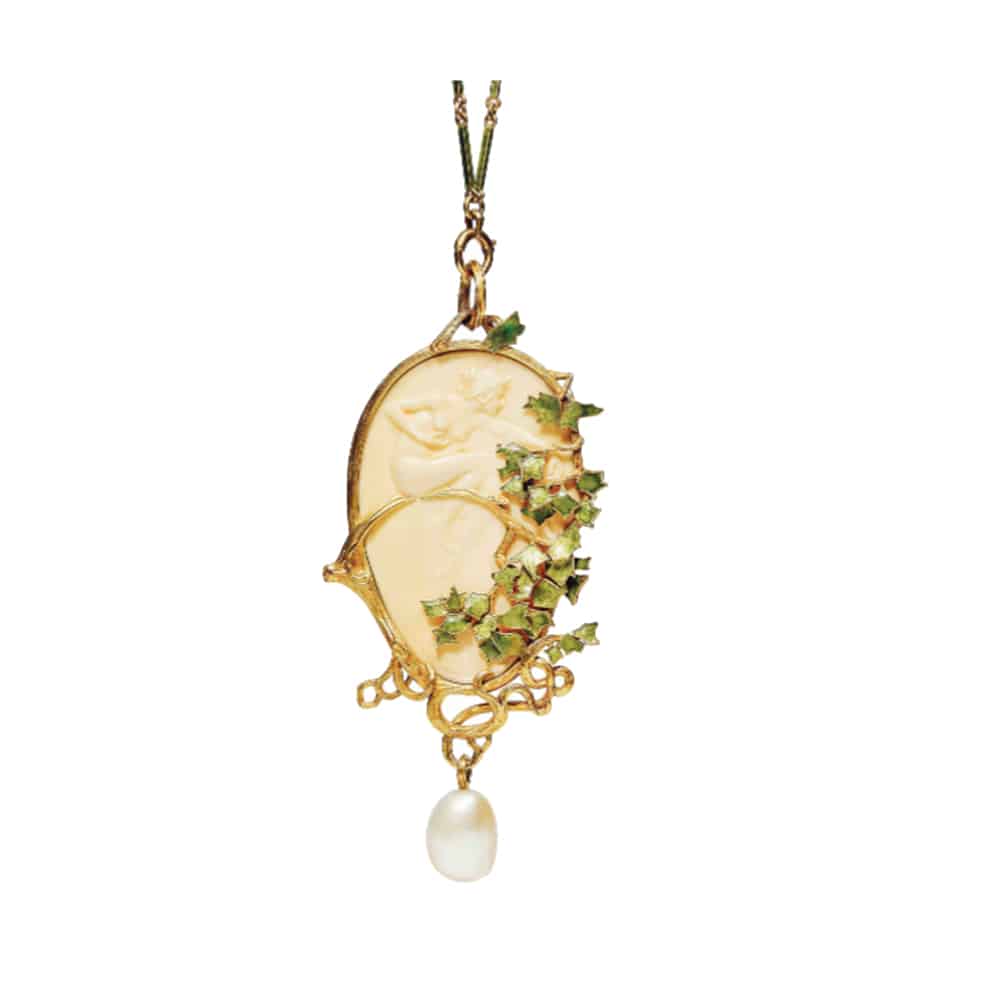 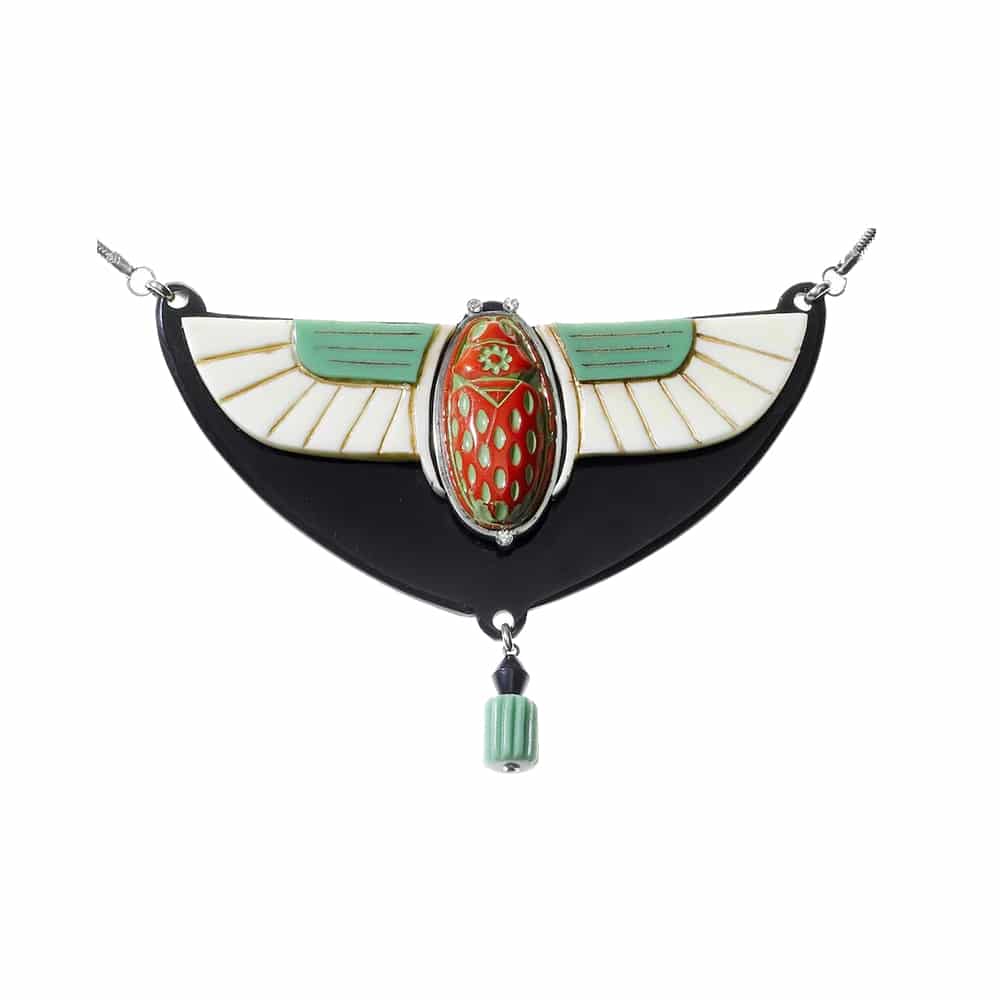 As a milk byproduct, the strained food supply in post World War II Europe and the evolution of other plastic substances caused Galalith to fall out of favor. In France, production continued at a much lower output until the closure of the Etabilissements Feuillant in 1981 ending any new production of the product. Old stock can still be purchased.