The Sri Lankan geuda sapphire is a pale, translucent, and, until the discovery of heat treatments, useless variety of sapphire. Once heat treatment techniques were developed, this colorless gem could be turned into a striking blue stone. There was a resultant enormous increase in blue Sri Lankan stones on the market during the 1970s. The Thais, being the most skilled gem treaters, saw new possibilities in certain deposits and became very active in the world market. Today, heated sapphires are more the rule than the exception. 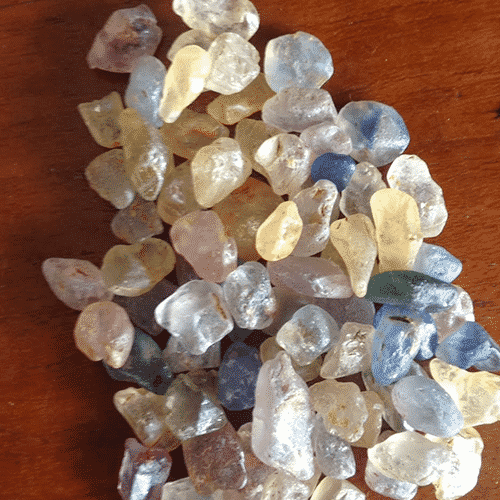