The Holy Roman Empire was a union of semi-sovereign states which stretched from Denmark, in the north, to well into Italy in the south. It’s first Emperor was Otto I who was crowned in 962AD. It was dissolved into the German Confederation in 1815 and later became the German Empire (in 1871). 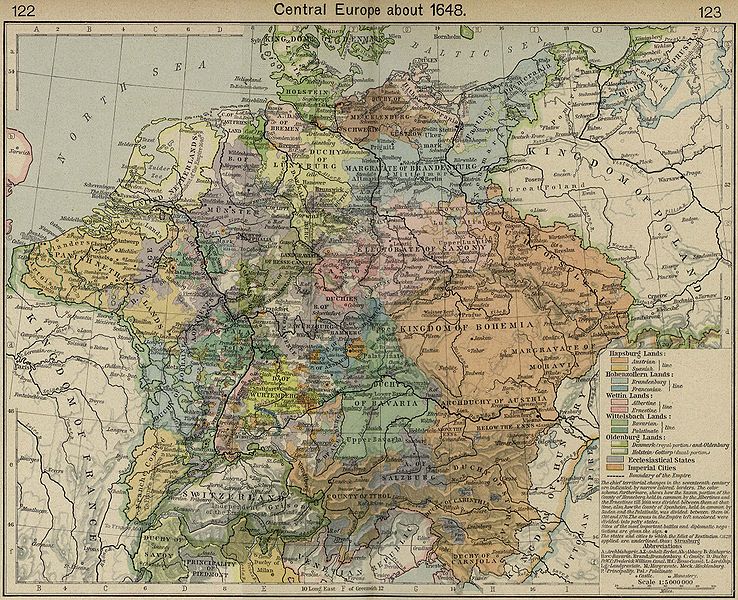 Map of Central Europe and the Holy Roman Empire Around 1648, Towards the End of the Thirty Years War.