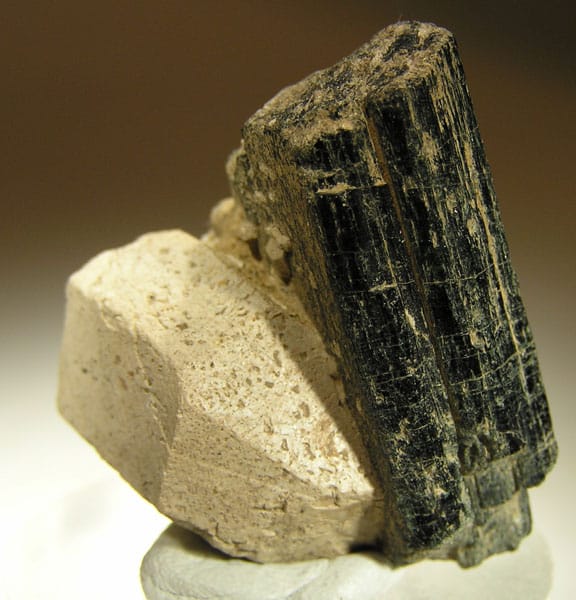 Hornblende is a series of minerals, not a mineral in its own right. By composition, it is an iron-magnesium silicate that varies by inclusion of aluminum and calcium. Trace amounts of titanium, manganese, and sodium can also be present. Hornblende has a hardness of between 5 and 6 and is generally opaque green, greenish-brown, brown or black in color. Hornblende is a common component in igneous and metamorphic rocks. It can be found in granite, basalt, gneiss, schist and many other rocks. It is what causes the moss-like green, brown and red inclusions in moss agate.