In 1904 William Crookes, a well known physicist discovers that diamonds turn green upon exposure to radium. The diamonds stayed radioactive and were therefore unfit to serve as jewelry stones. But… the concept of color change due to radiation had been discovered and people were on to it.

During the 1930’s Professor Ernest Lawrence who worked at Berkeley, California built the cyclotron; a device that could accelerate charged atomic particles to high velocities using a magnetic field. The invention of the cyclotron lead to experiments with diamond irradiation in the 40’s and 50’s. 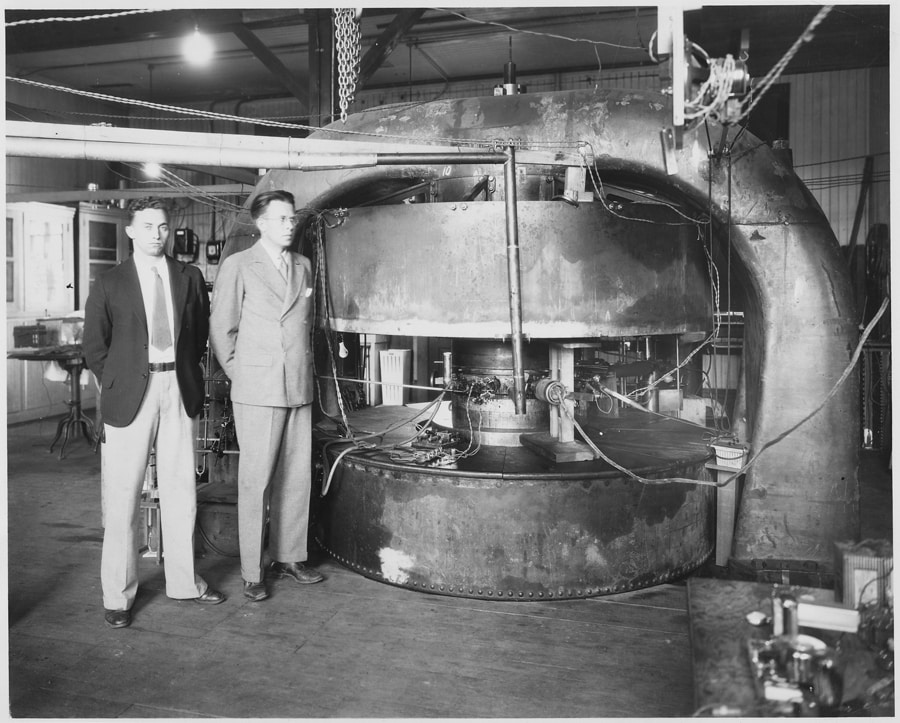 Professor Lawrence Next to his Cyclotron.

The colors that were induced were limited to the surface of the stones since the radiation couldn’t penetrate the whole stone which results in the telltale ‘umbrella effect’ which indicates cyclotron irradiated diamonds. Encountering an umbrella effect tells us that the stone has been treated in the late 40’s or 50’s.

Halfway through the decade, the first linear accelerators were built and, of course, diamonds were irradiated with it. These diamonds sometimes have a color concentration at the culet, visible from the side. When nuclear reactors became more common color change could be achieved throughout the stone and radiation detection for simple gemologists stopped being easy.

Currently, a score of gemstones are treated with the aid of new irradiation techniques. Below follows a list of those stones, the effects of irradiation and the date of the first reports of this treatment in gemological literature: