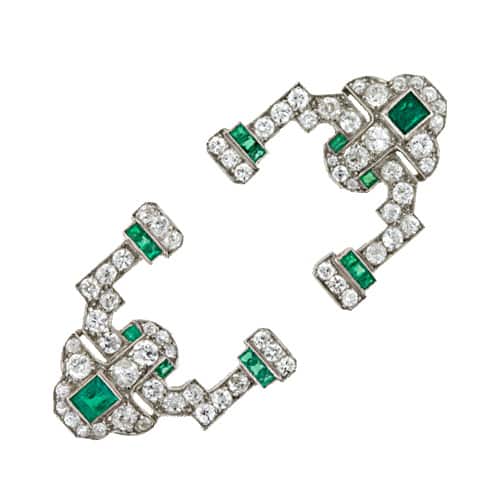 A jabot pin is a brooch with a bejeweled motif at either end. It is pinned in such a way that only the decorative ends are seen, allowing the fabric to show in between. Circa mid-seventeenth century, jabot pins were used to secure the ruffled or lace piece of fabric (the jabot) that men wore on the front of their shirts. Jabot pins became particularly popular in the 1920s and the 1930s and were fabricated in the Art Deco aesthetic of geometric designs featuring such materials as platinum, diamonds, carved rock crystal, and calibré-cut stones.