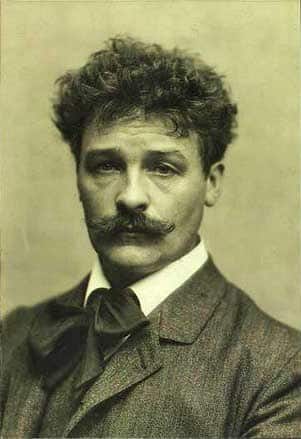 Danish silversmith and jeweller famous for his Arts and Crafts designs. Like many of his contemporaries, Georg Jensen was trained extensively in the arts. From 1880-84, he apprenticed for a local goldsmith and learned to sculpt. In 1887, he won a scholarship to the Danish Royal Academy of Fine Art, where he studied until 1892. Though he preferred to work as a sculptor, he was unable to make a living doing so and resorted to various odd jobs, one of which was manufacturing jewellery. In 1898, he started a ceramics business with a friend, Joakin Skorgard. An apparent breakthrough came in 1900 when one of his jugs was chosen for the Danish pavilion at Paris’s International Exhibition. Jensen traveled to Paris for the show where he met other artists from the burgeoning Arts and Crafts movement. Despite his success, his ceramics business soon faltered, and he ended up silversmithing. In 1901, he began to work at Mogen Ballin’s silvershop. Ballin, an advocate of the Arts and Crafts philosophy, encouraged Jensen to develop his own designs. One of Jensen’s first pieces, a belt buckle featuring Adam and Eve, was exquisite. It caught the attention of both his employer and outside critics.

In 1904, Jensen had enough confidence, and cash, to set up his own workshop. For the next two decades, he produced jewellery for which he would become famous. His pieces featured naturalistic designs: flowers, vines, birds, grapes, and animals. They were typically constructed of silver, which was hammered and chased to create a pebbled, textural surface. Oxidation was used in order to give a sense of depth and unique coloring to each piece. Semi-precious stones were often used as embellishments: labradorite, opals, amber, malachite, lapis, coral, and agate.

Before long, Jensen’s work gained international notice. In 1909, he opened a shop in Berlin. In 1910, his pieces earned a gold medal at the Brussels International Exhibition. At his first North American exhibition in San Francisco in 1915, he won several gold medals. William Randolph Hearst, the newspaper magnate, bought several pieces.1 In 1915, Jensen’s wildly successful Berlin location closed due to the onset of World War I. He opened other stores to make up for the lost market in Sweden (1918), Paris (1918), London (1921), and New York (1924).2 In 1925, Jensen was awarded a Grand Prize at the Paris World Exposition.

Towards the end of the 1920’s, Jensen began to cede creative control to other designers within his firm. When he died in 1935, The New York Herald Tribune called him “the greatest silversmith of the last three hundred years.”3 By that time, Jensen’s firm had started in a new stylistic direction. The new Jensen style, initiated by Sigvard Bernadotte, was more geometric and abstract. Designers Nanna and Jorgen Ditzel, Astrid Fog, Henning Koppel, and Arno Malinowski continued the trend into the 1950’s and 60’s. The firm is still in business, reproducing old pieces and creating new ones. Between 1985 and 1987, it merged with two others to create Scandinavia’s largest decorative arts firm.4 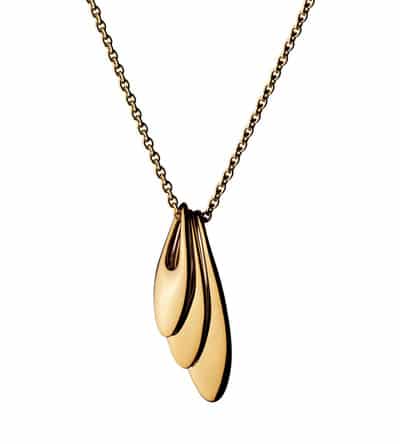 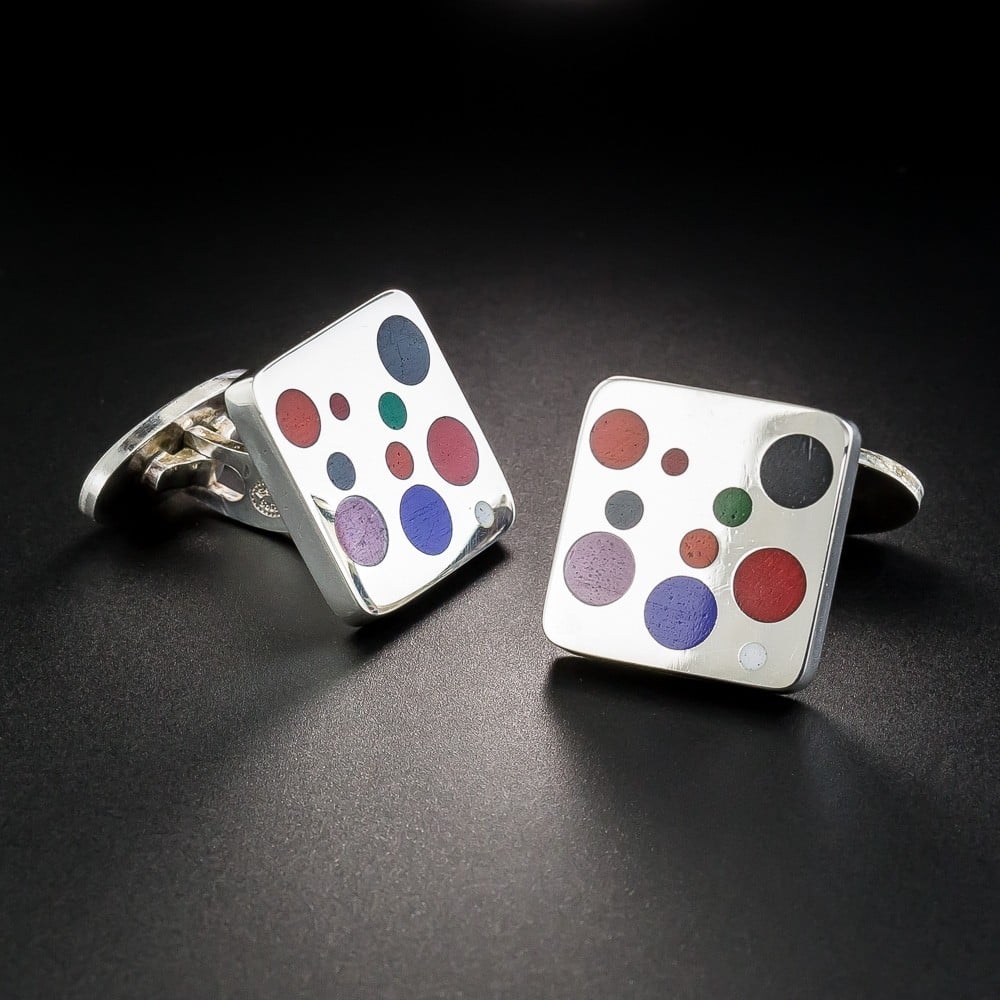 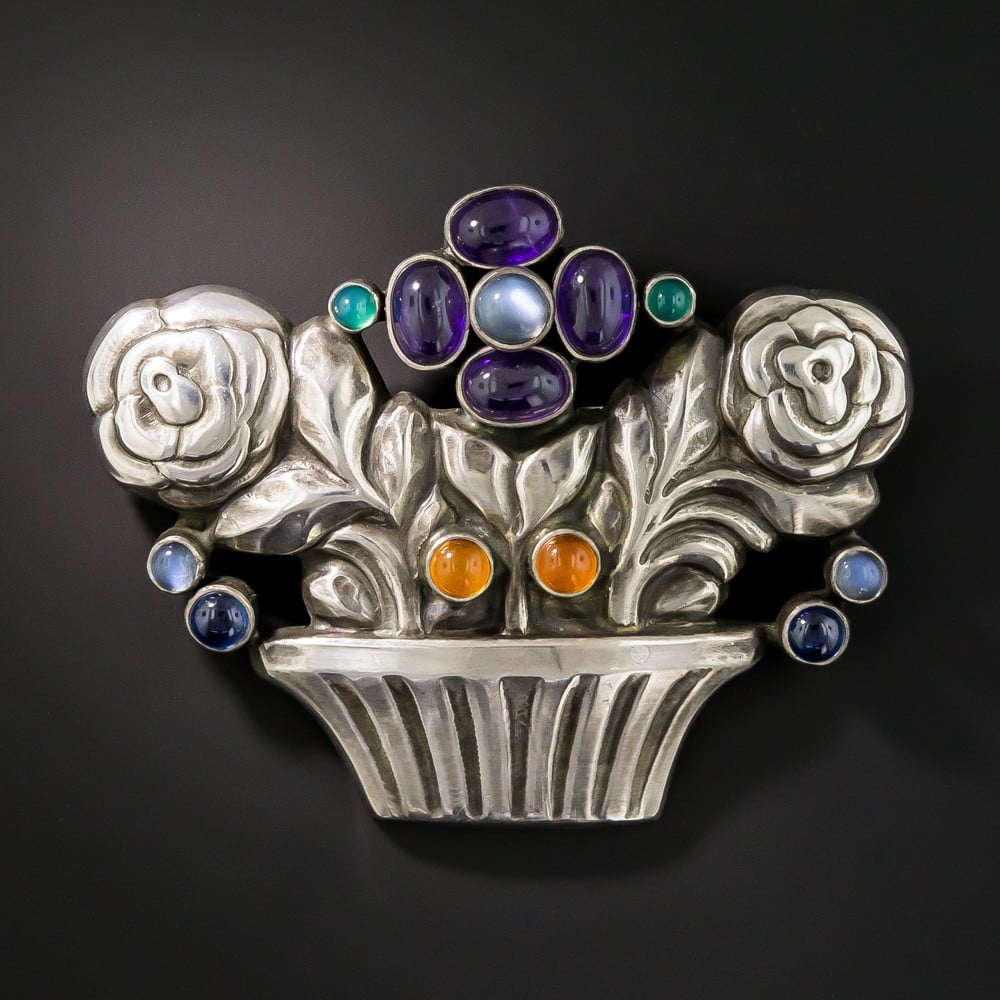 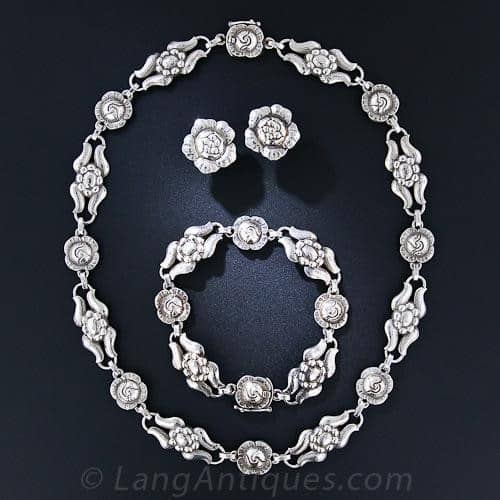