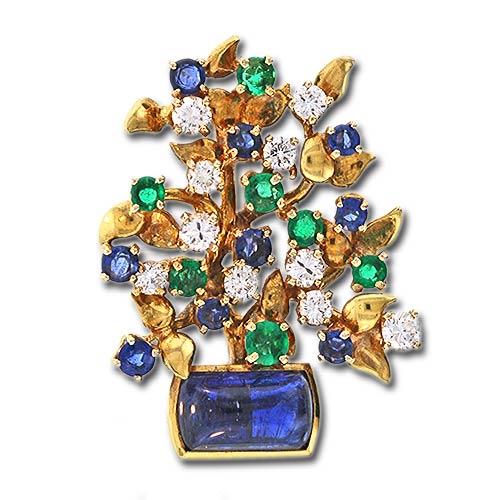 Julius Cohen started his career as a jeweler in 1929 when he became an apprentice at his uncle’s shop: Oscar Heyman & Bros.1 Throughout the 1930’s, Cohen helped to extend Heyman’s influence into the Western and Southern United States. In 1942, Cohen was hired by Harry Winston and proceeded to travel with Winston’s “Court of Jewels” exhibit. In 1956 he opened his own jewelry salon, Julius Cohen and was known for creating jewelry of impeccable quality and design, most of which were commissioned pieces. Julius Cohen passed away in 1995 and his business passed on to his daughter and son-in-law, Marjorie and Leslie Steinweiss. The firm continues to produce fine jewelry and is now located at 699 Madison Avenue.