A mosaic is created from small glass pieces or gemstones fitted together to form an image or pattern. The technique is believed to come from ancient Greece and spread from there over the Roman and Persian Empires. Especially in the 19th century, this art became popular as jewelry decoration and one can divide them roughly into two categories. The micro-mosaics from Rome – made from small glass tiles called tesserae – and the Florentine pietra dura, made from calibrated gemstones. 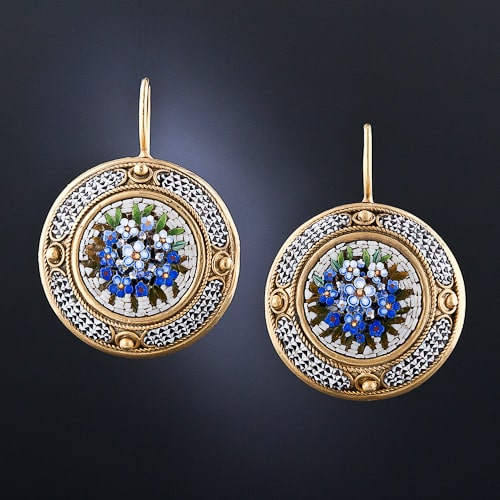