Mourning jewelry is jewelry traditionally worn when someone was in mourning. During the 16th through 18th-century memento mori jewelry was popular for mourning and it became even more popular after the death of Prince Albert. Queen Victoria remained in mourning until her passing in 1901, causing a revival of this type of jewelry. During the latter half of the 19th-century, they were of sombre design and black is the main used color. Materials used are typically black enamel, jet, onyx, human hair, glass, vulcanite and gutta-percha 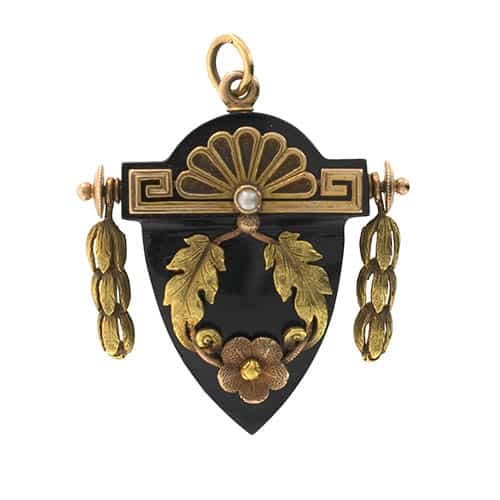