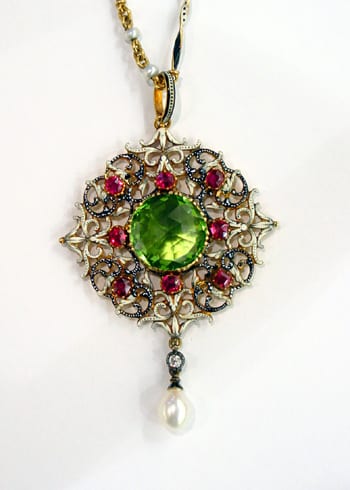 The neo-Renaissance is a style period in the 19th century in which inspiration was drawn from the Renaissance. Many example books from the Renaissance survived and they were used to produce jewelry in that fashion from around 1840 to 1900 (with a peak around 1860). The quality of this revival style artifact is usually higher than the original ones.1 Items from this period are also named holbeinesque. Giuliano was one of the jewelry houses that worked in this fashion. 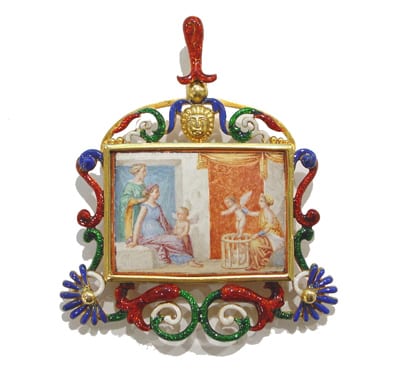 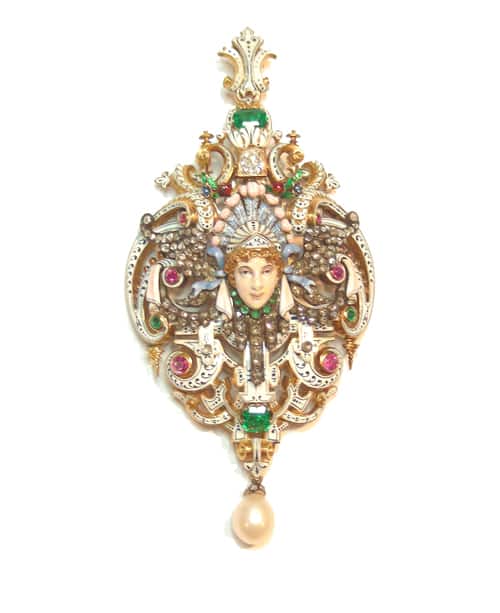 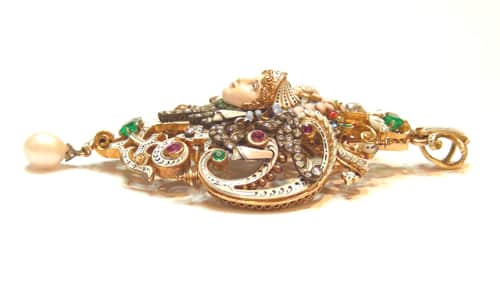 Side View of the Pendant Attributed to Froment-Meurice. 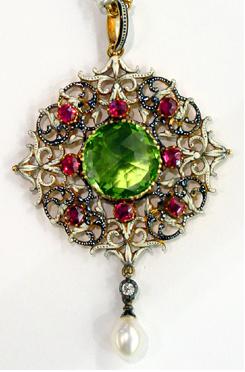