Omega backs take their name from their uncanny resemblance to the Greek letter omega – Ω. The ends of this looped finding attach to an earring via a hinge. When closed the rounded end of the omega back holds to the ear via pressure for a non-pierced earring option. Omega backs have an open center that also allows the post of a pierced earring to pass through. This makes the Omega back a secure way to wear pierced earrings without having to fuss with a friction ear nut (also known as a friction back or clutch) – fewer parts to fiddle with or lose. These popular earring backs are an evolution of the popular earclips of the 1940s and 50s. 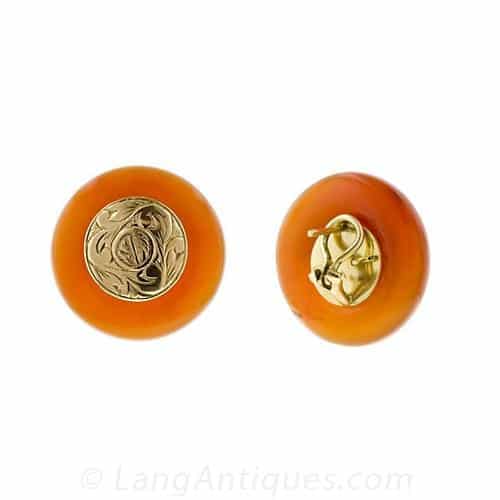