Order of the Garter

According to the Official Website of the British Monarchy, The Order of the Garter, founded by Edward III in 1348, is the preeminent and oldest British Order of Chivalry, a true mark of Royal favor. The Order is comprised of the British Monarch and twenty-four appointed knights who have distinguished themselves in public office or made an extraordinary contribution to British national life or provided personal service to the Sovereign. Additional members are the Royal Knights, Royal Knights Companion, Extra Knights Companion and Ladies of the Order and the Officers of the Order.

St. George is the patron saint of the Order and their insignia is a badge styled as St. George and the Dragon suspended from a collar, a sixteenth-century addition, and the star badge and broad riband from the seventeenth century. All but the collar could be personally designed and bejeweled by the member. The collar itself evolved from those made following the Restoration with twenty-six roses and knots weighing approximately 30 oz. to collars made circa 1685 with twenty-one roses and knots and weighing a somewhat heftier 33 oz 10 dwt. Currently, member’s attire also includes a blue velvet robe, the St. George’s Cross within the Garter (on the left shoulder) and black velvet hats with glorious white plumes. 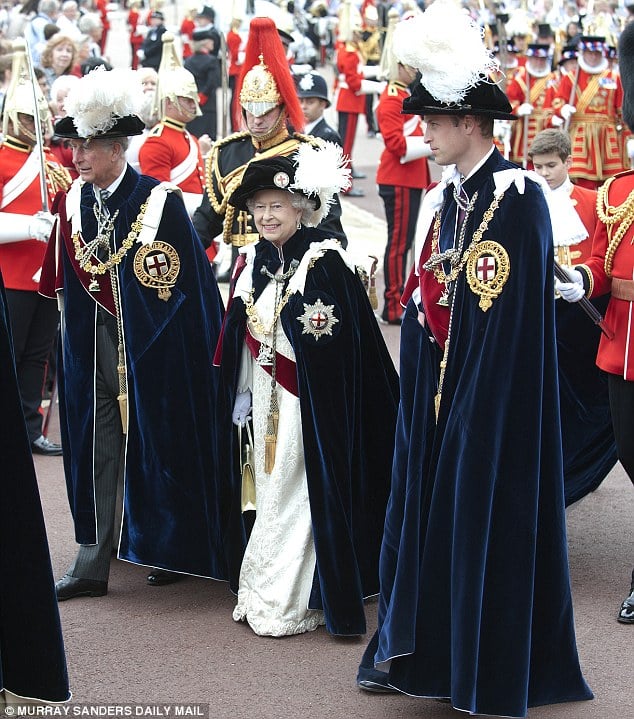 The Queen, Prince Charles and Prince William in their Order of the Garter Regaila.
Photo Courtesy of the Daily Mail. 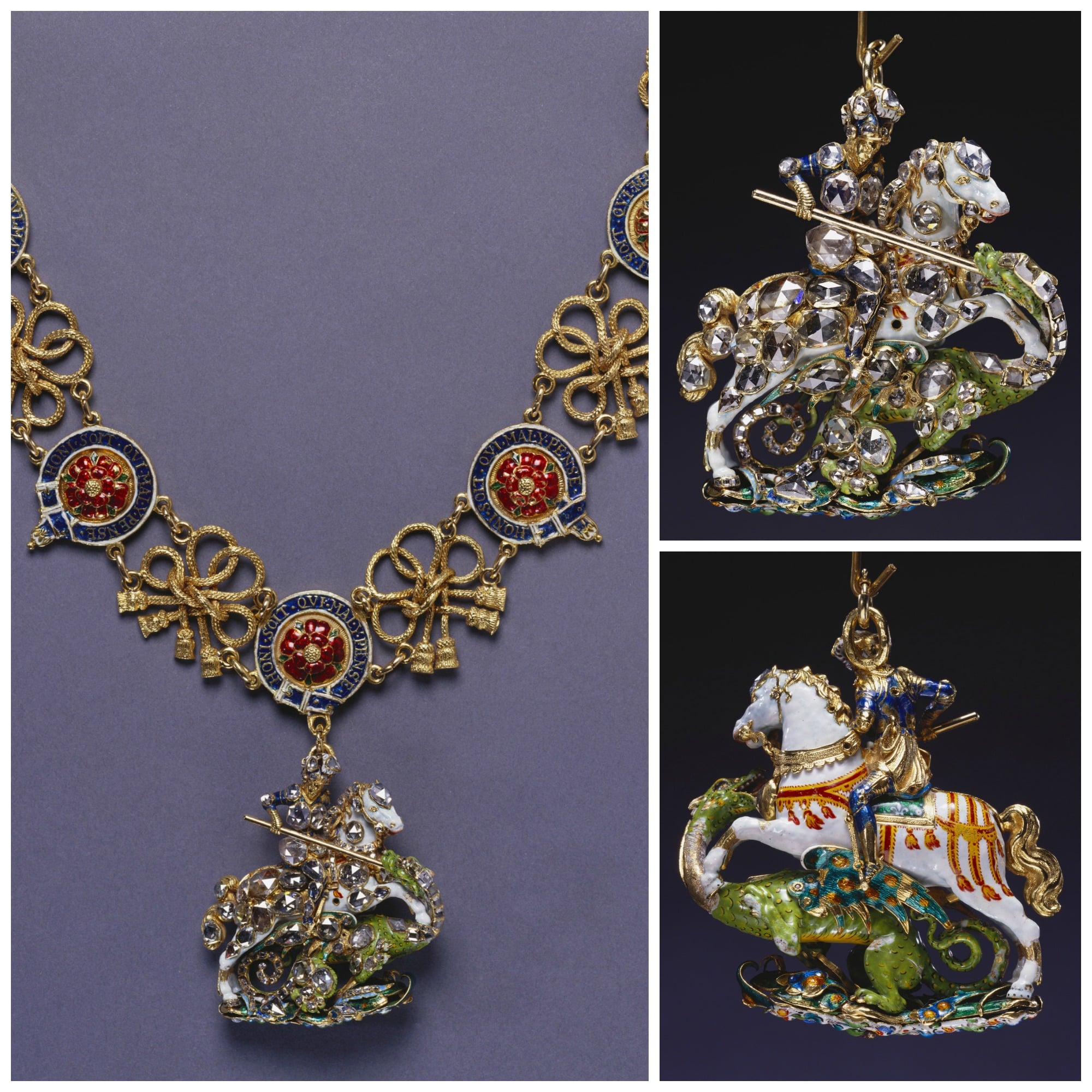 A popular motif for bracelets, rings, and brooches throughout the Georgian and Victorian era paid homage to the Order of the Garter. Styled after the garters worn by the prestigious recipients of this oldest of British chivalry awards, the motif appeared as the surround for brooches and as central design elements for rings and bracelets. Buckles were prominently featured as a result of their functional as well as decorative role in jewelry design.

Garter motif bracelets with abundantly adorned and prominently displayed buckles continued their popularity through the middle of the twentieth century and continue to have an occasional resurgence in popularity. 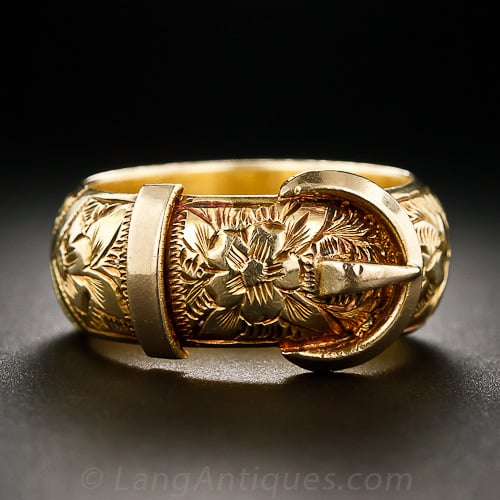 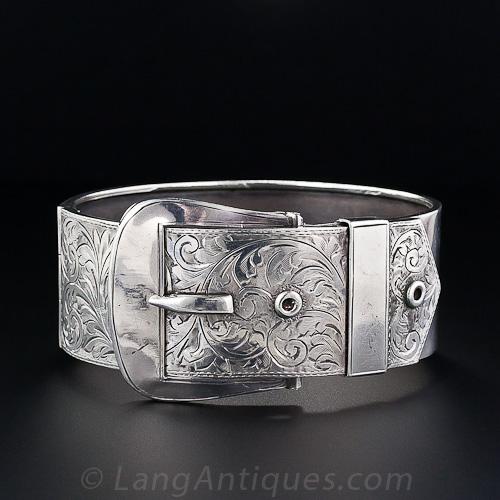 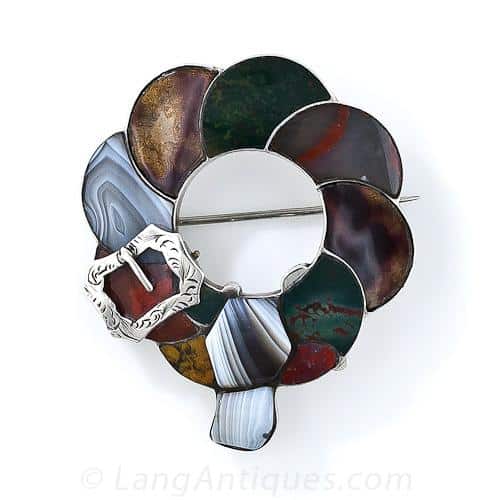