Papyrus is a plant that was used in ancient Egypt in the production of a paper-like substance. In addition to using it as a writing material, Egyptians wove papyrus into sandals, baskets, mats, and other household items. Because of its importance to the Egyptians, papyrus became an important symbol in their culture and its form became a decorative theme throughout Egypt appearing on cloth and jewelry and as columns and pillars carved in high relief supporting buildings, palaces, and temples. Egyptian Revival jewelry often draws design inspiration from these original ancient Egyptian papyrus embellishments. 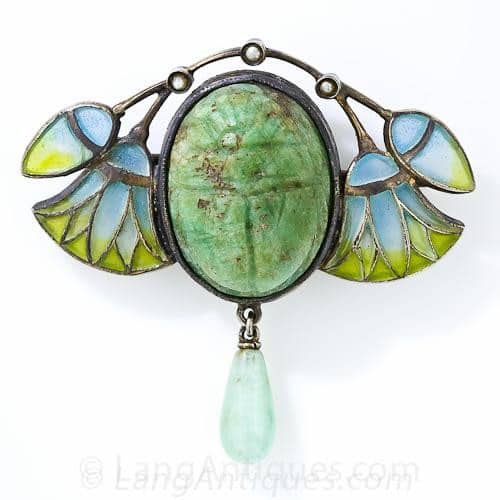