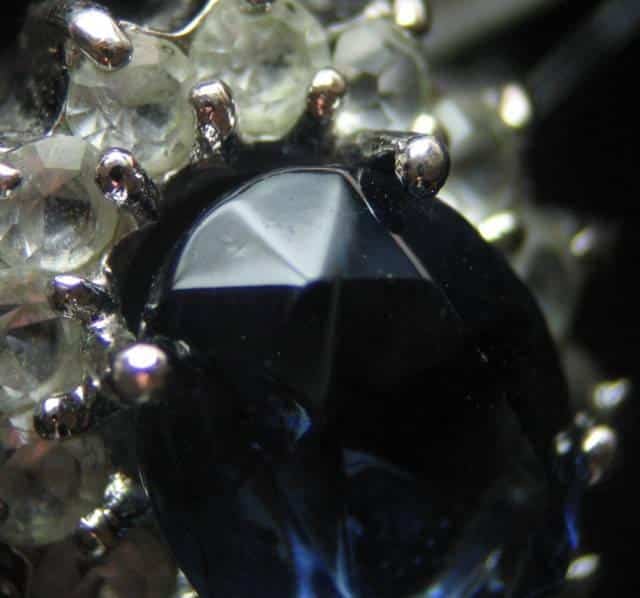 Example of a Paste Sapphire Imitation. Notice the Rounded Facet Edges Which Tell Us the Stone Wasn’t Cut, but Cast into a Model.
Photo by JB.

Paste is a synonym for glass when used in the context of a gem material. Glass has been used as a gemstone imitation since ancient history for obvious reasons: it’s transparent, can be colored in many ways and resembles all kinds of gemstones when polished.

The first paste ‘forgeries’ are thought to have been introduced into the Ancient Greek society although glassmaking had been around for a long time by then.

Paste imitations have been found in archaeological diggings and collections from over the past 2000 year. First as cabochons and beads later as faceted stones as well. In 1674 an English glassmaker, George Ravenscroft (1618-1681), patented a new glass that was made with a higher lead oxide content and had a higher Refractive Index (RI) than before. It was a brilliant glass with a high dispersion. All kinds of varieties of composite stones involving paste have been brought on the market. One scheme being more cunning then the other. Paste gemstones can be recognized fairly easy by gemologists who look for gas bubbles, swirly texture and singly refractive stones with a certain range of RI.

Glass is an amorphous material; it lacks a repeating, three dimensional, array of atomic bonding and therefore. In other words: it has a random arrangement of their bonding, it lacks crystal structure. Glass is a result of rapid cooling of molten silicon oxide (SiO2) and a few additives. This rapid cooling prevents the atoms to ‘settle into a regular pattern causing the amorphous structure.

The above has a few consequences: due to the amorphous structure glass is single refractive instead of double refractive like most gemstones it imitates. It isn’t as hard as most crystalline substances imitates and it feels not as cold to the touch. This has been mentioned by Pliny the Elder in his Naturalis Historia written in the first century AD: 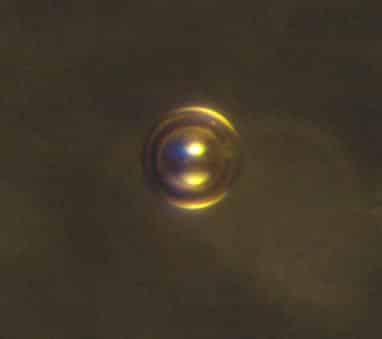