Paste jewelry is costume jewelry, mainly set with colored and/or colorless glass. During the eighteenth century with the vogue for faceted gems and diamonds, the demand for paste jewelry as an economically viable and stylistically varied substitution reached its height. Venice and Bohemia were two traditional manufacturers and exporters of paste gems and England was a notable source of faceted lead glass for use in jeweled buckles and buttons. The apex of fine eighteenth-century paste jewelry, however, was reached in France by the work of Georges Frederic Strasse (1701 – 1773) whose shop on the Quai des Orfèvres was famed for its fashionable and highly crafted pieces. Indeed, the word strass is still used to describe such jewelry today. In testimony to the craftsmanship of the finest examples of paste jewelry, it was worn at court both in France and in England and many of the finest jewelry establishments carried such pieces. Historically, due to its low intrinsic value, much of it has survived to serve as examples of past jewelry styles. 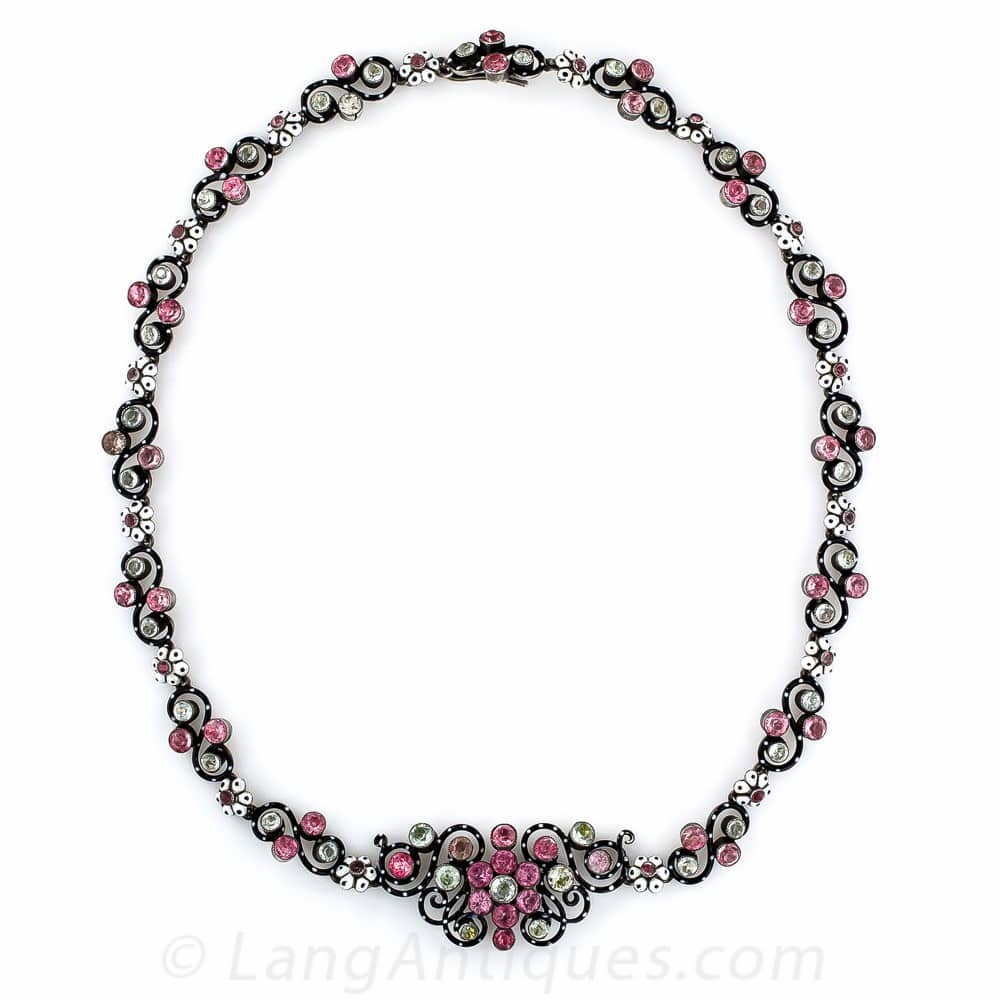