Ulderico Giuseppe Pettorossi is an Italian goldsmith specializing in reconstructing Etruscan pieces. The manufacturer finds his inspiration in the stylistic decorative elements that are typical of Etruscan art and each single piece is produced in 22 Kt. gold, completely by hand, using the ancient techniques of the Etruscan goldsmith’s art, among which, in particular, the most difficult and mysterious of them all: granulation.

The technique of granulation consists of soldering tiny spheres of gold, in a practically invisible way, onto a thin foil that forms the structure of the jewel. My jewels are characterized by two distinct “philosophies” of production: the first aims at creating jewels by interpreting, in a personal way, the style of Etruscan decoration, using the technique of granulation and keeping in mind the demands and requirements of our times. The second uses the ancient techniques of the goldsmith’s craft to re-create jewels that, even in their tiniest details, are identical to their original Etruscan counterpart. These jewels are the joy of refined collectors who like to possess, under glass in their own homes, jewels like those found in archaeological museums.

Granulation is, among all of the techniques of the jewel-making craft, one of the most refined and oldest. The oldest archaeological findings of jewels made with the technique of granulation were found in the royal tombs of Ur, in Mesopotamia and go back to 2500 B.C. From this area, this technique spread to Anatolia, in Syria, to Troy (2100 B.C.) and finally to Etruria (VIIIth century B.C.). It was the gradual disappearance of Etruscan peoples between the IIIrd and IInd centuries B.C. that was responsible for the decline in the use of the technique of granulation.

The great archaeological discoveries of the end of the nineteenth century in Central Italy, that brought to light authentic works of art of Etruscan jewelry-making, also brought about a renewed interest in the technique of granulation, so much so that the greatest goldsmiths of the period, and above all Alessandro Castellani, refined scholar of the Etruscan peoples, tried to rediscover the secrets of this ancient technique. 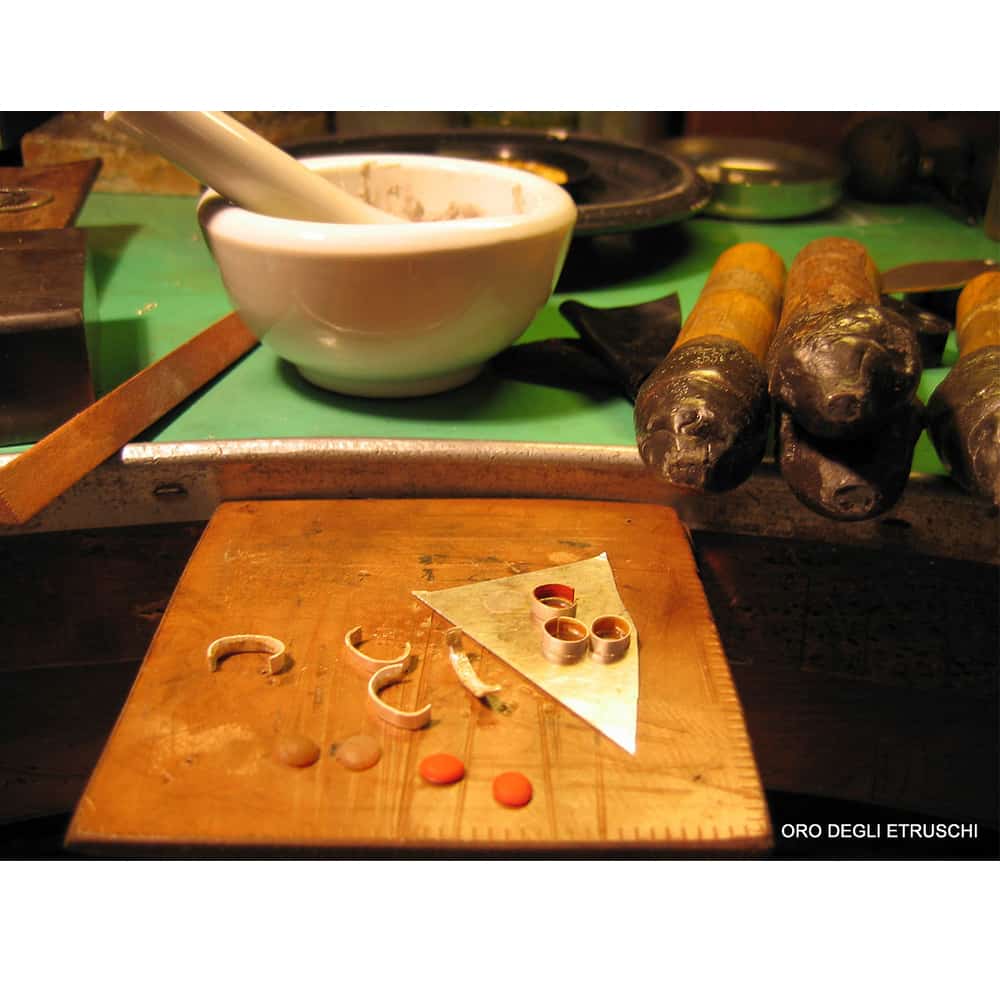 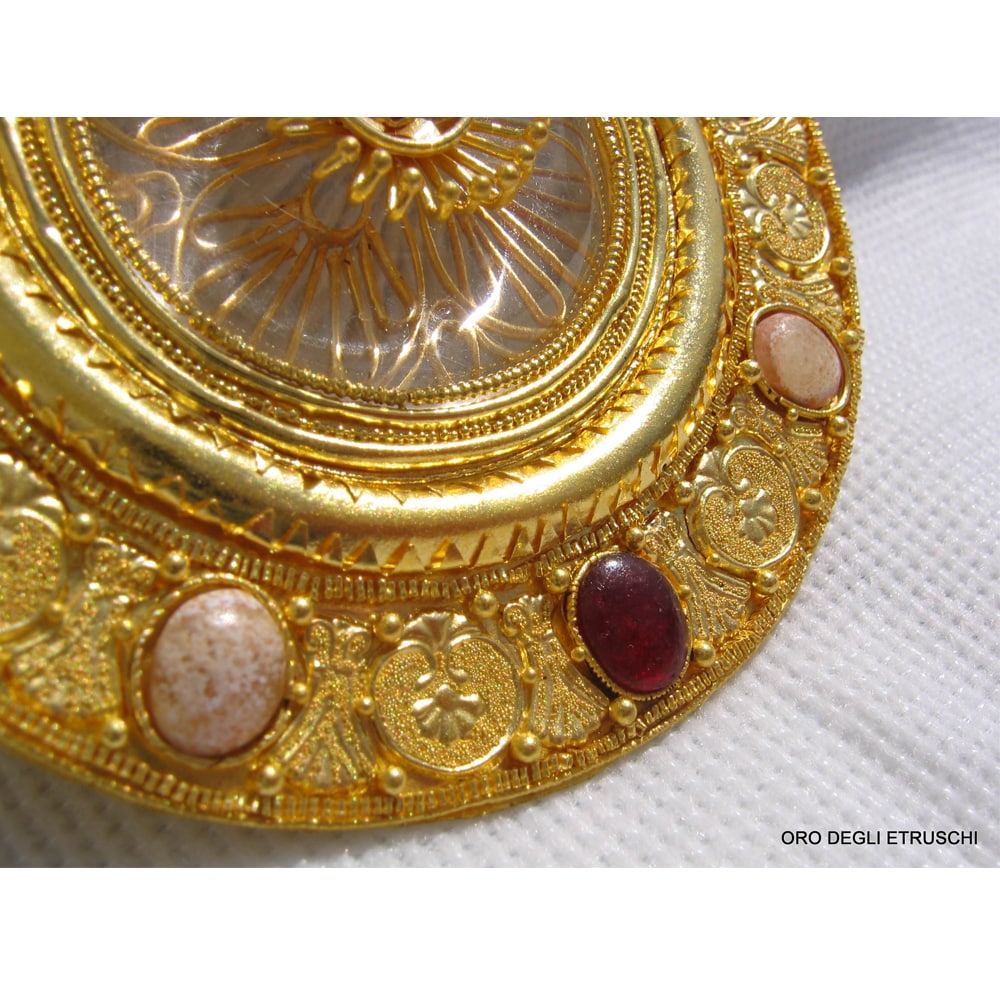 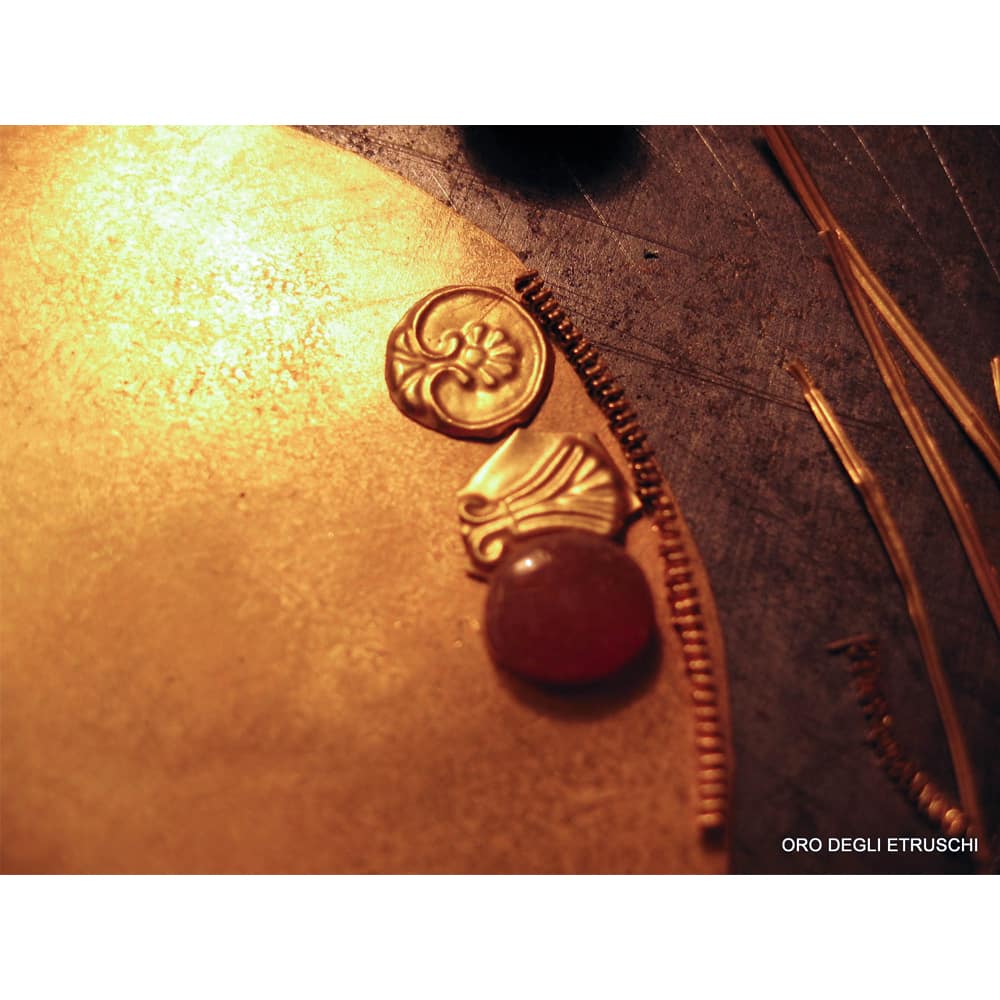 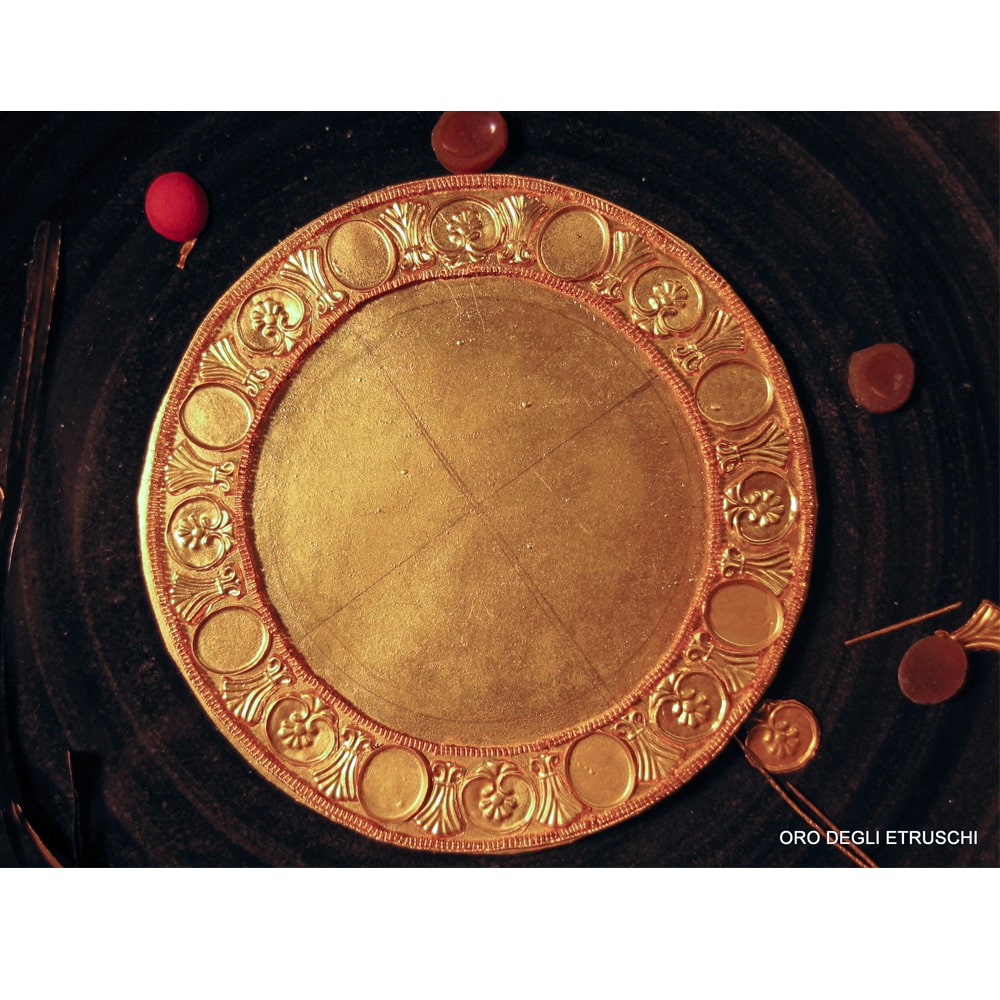 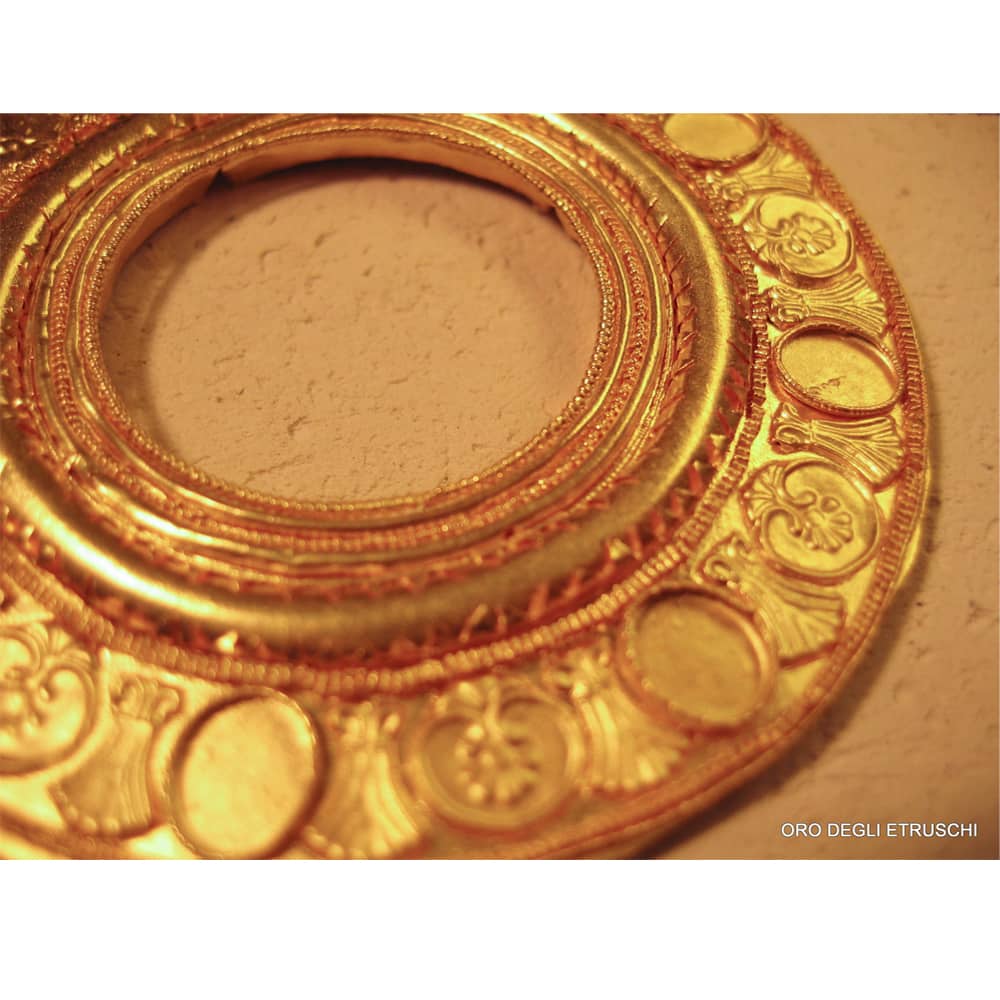 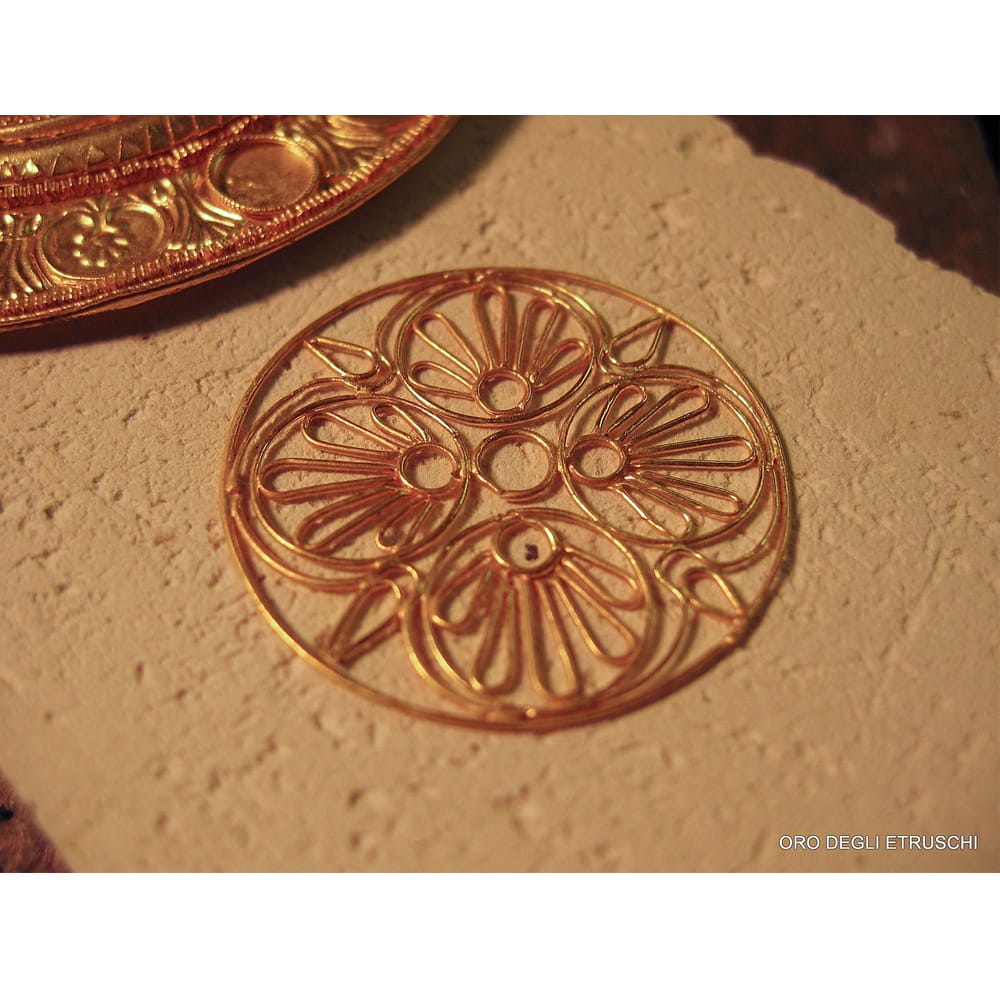 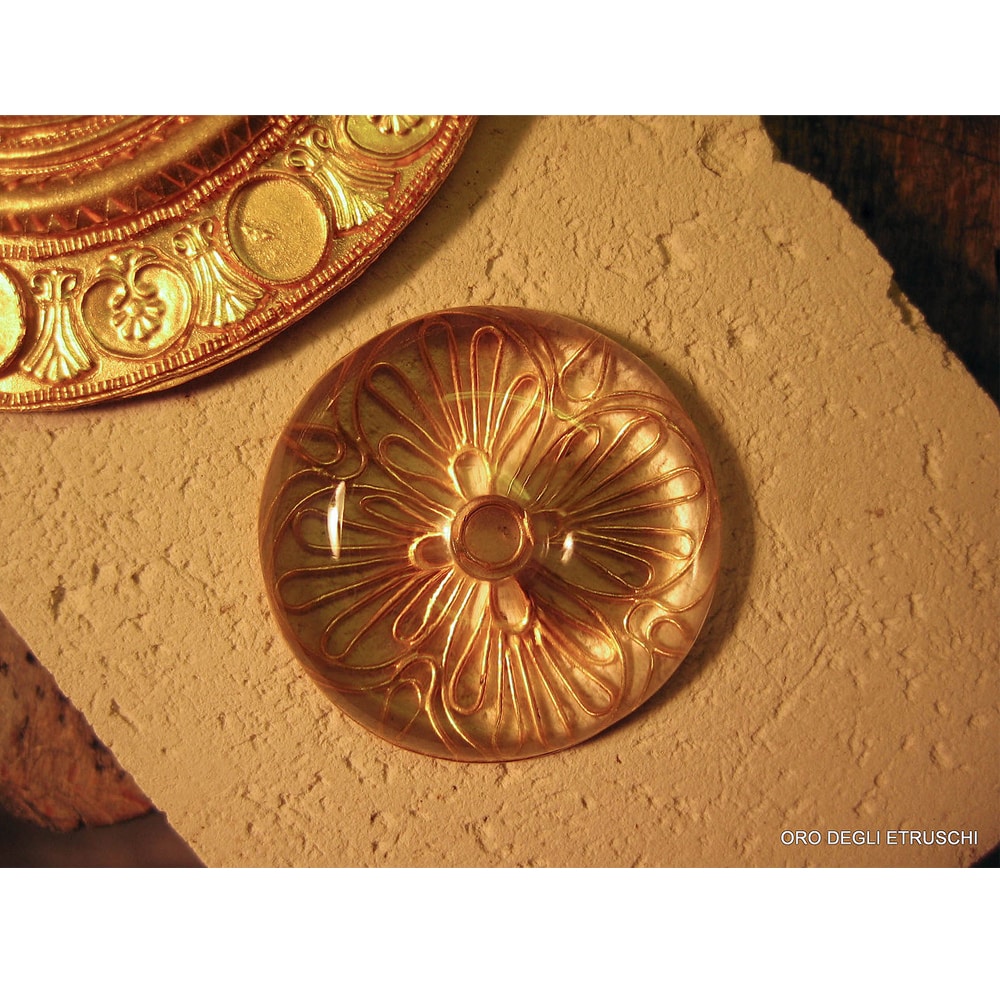 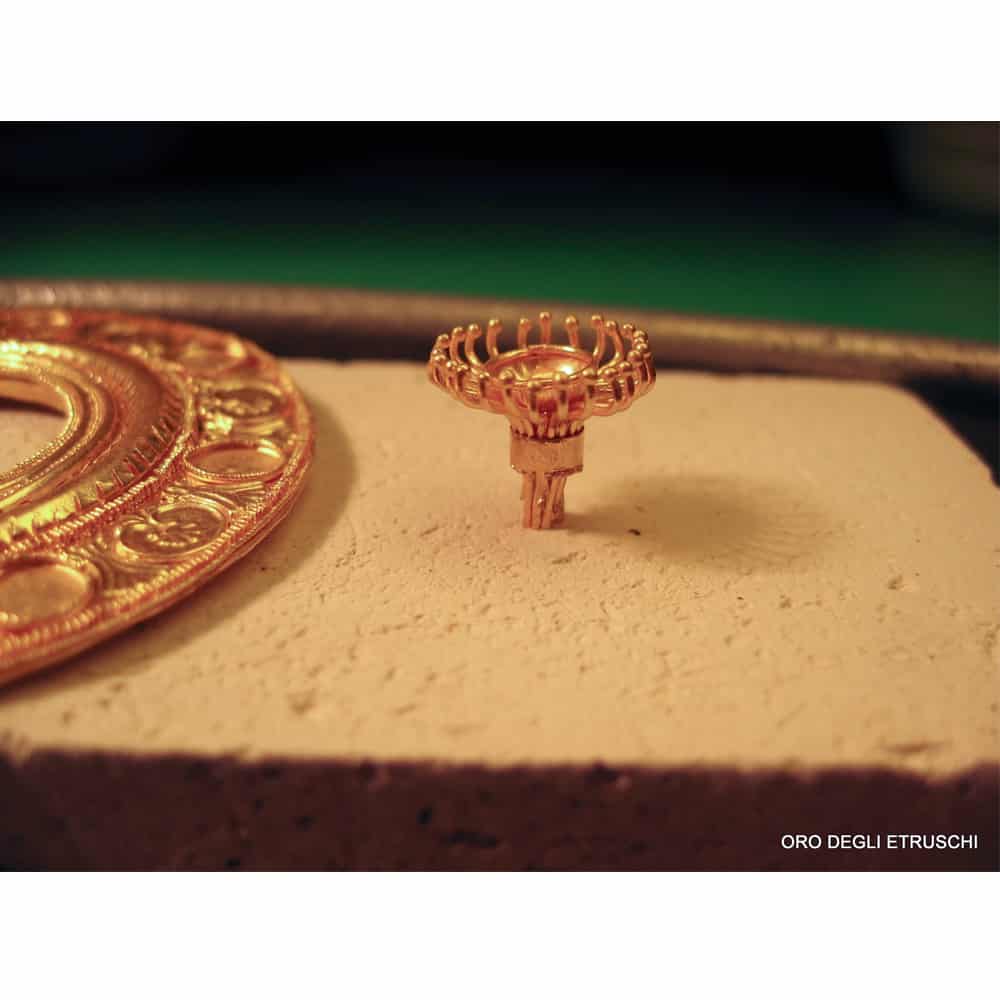 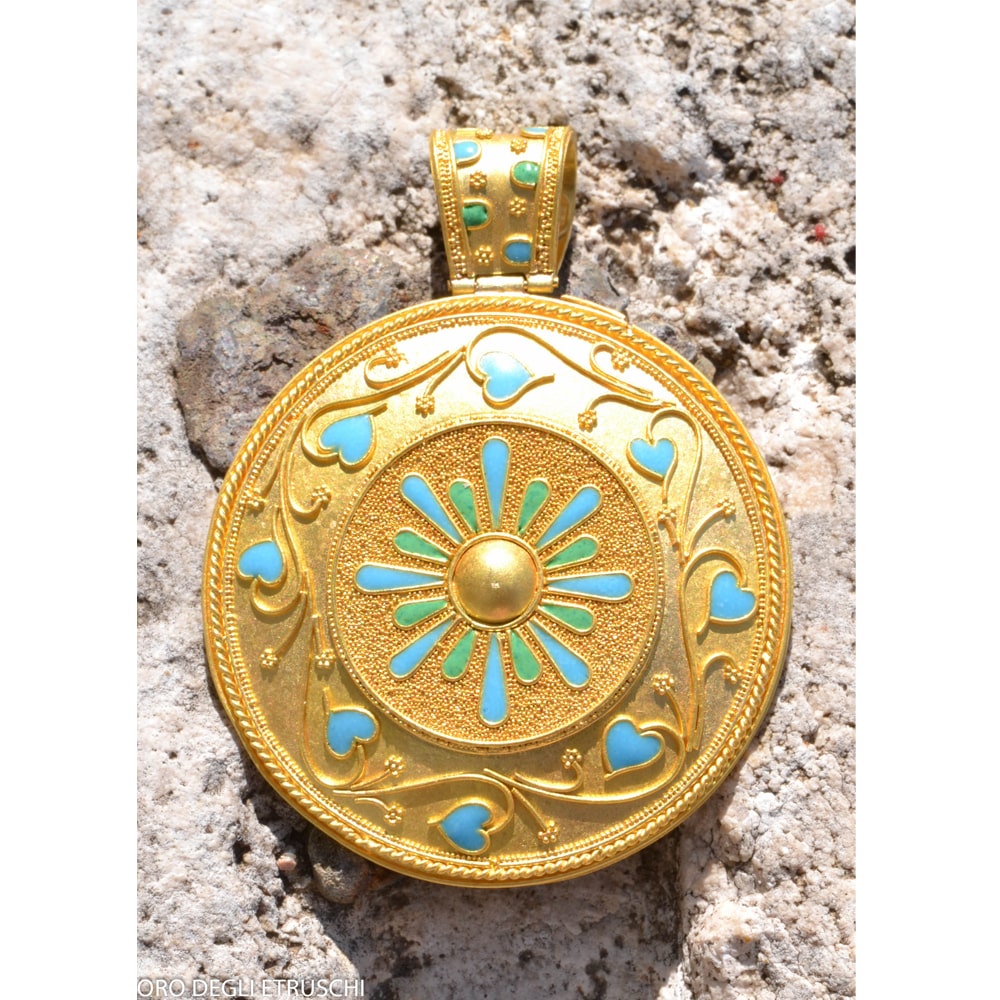 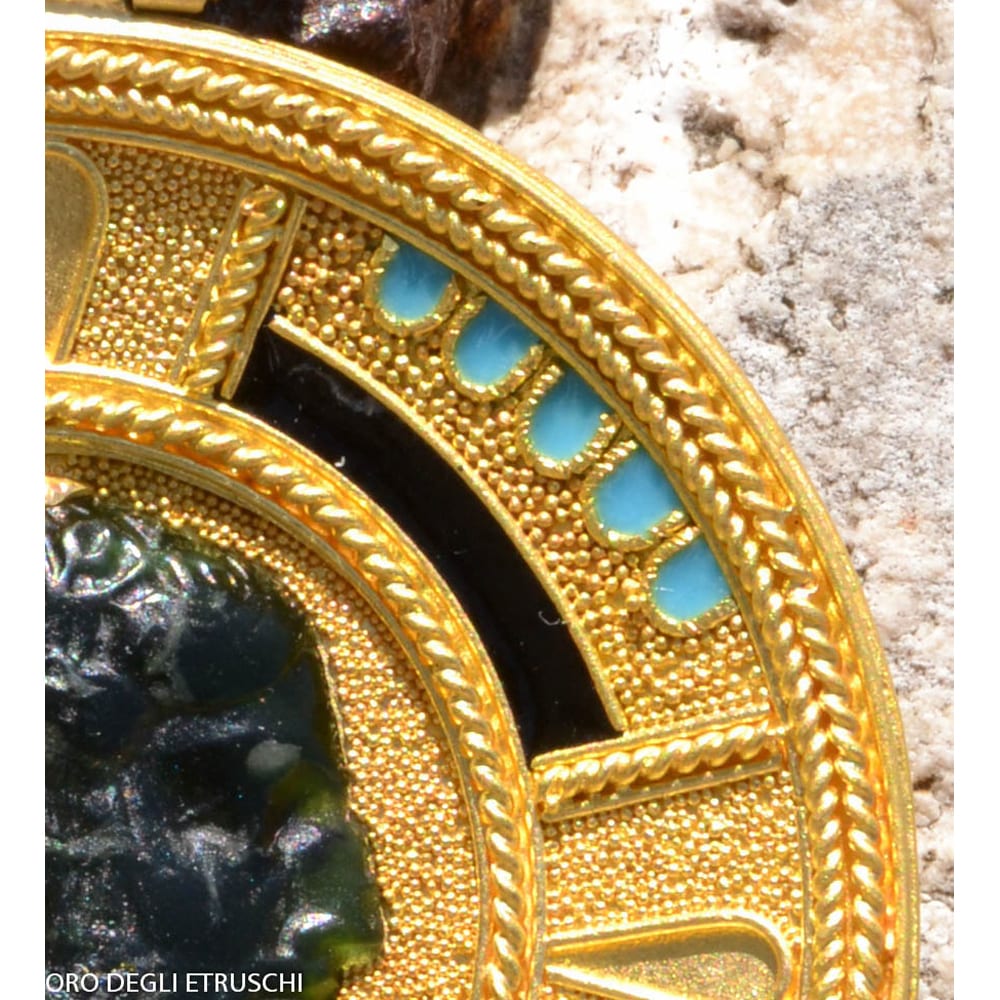 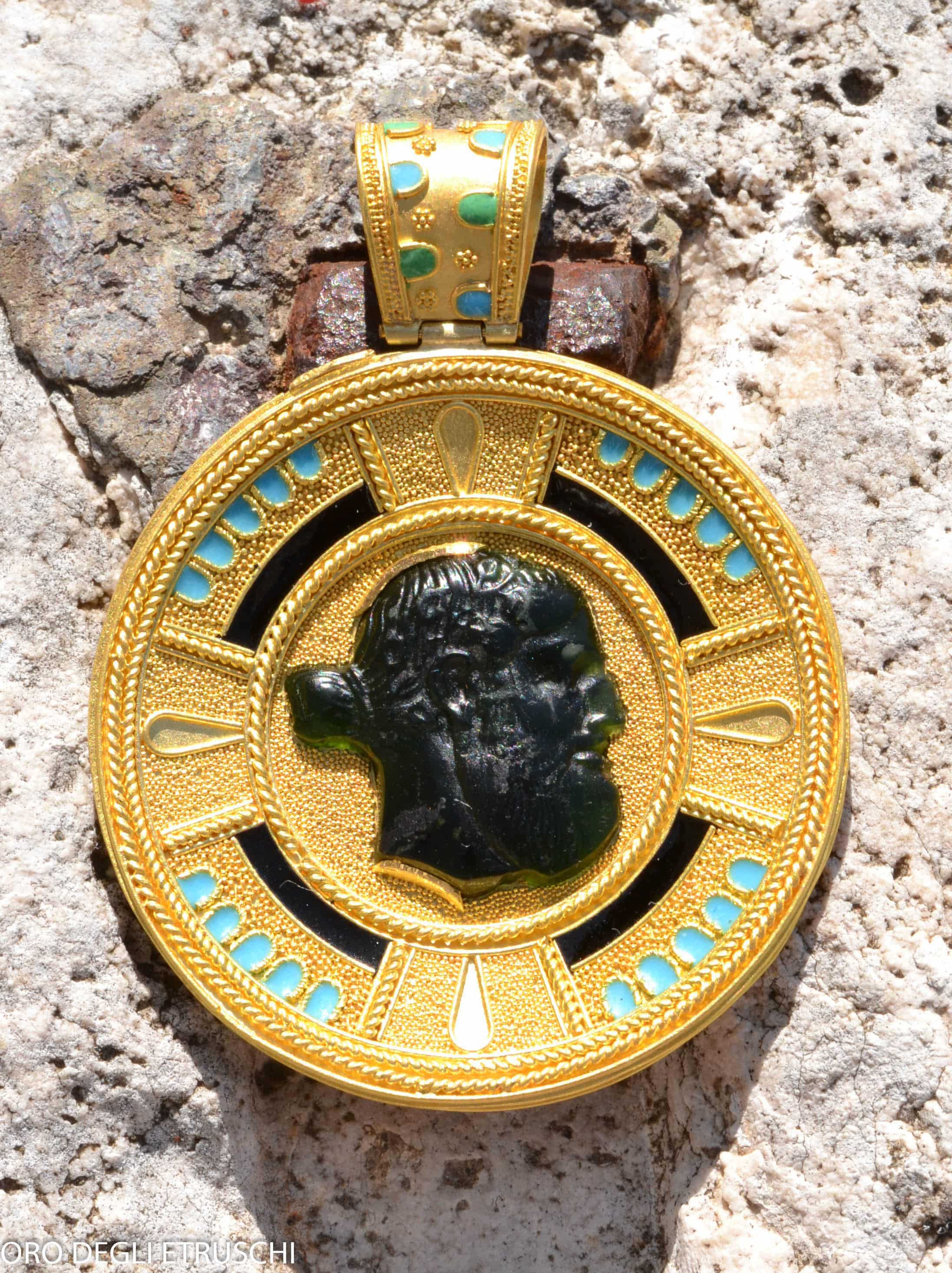 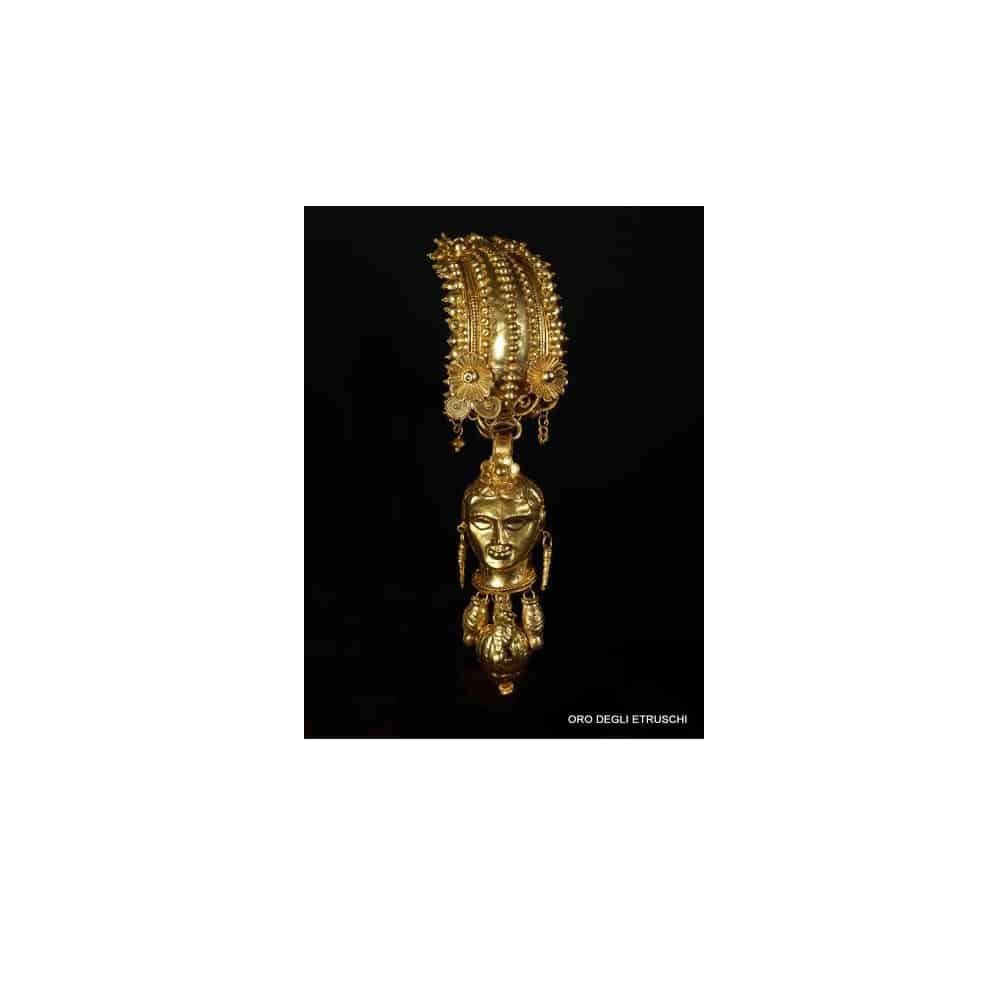 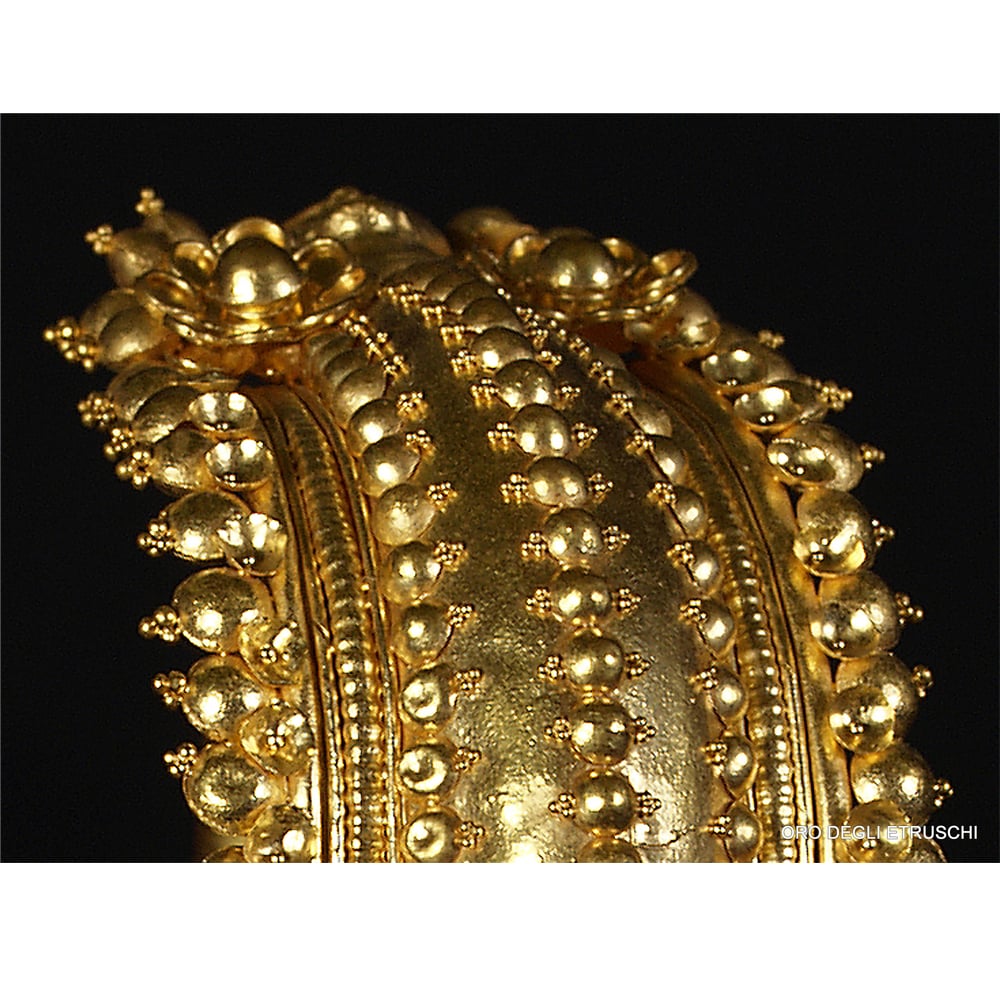 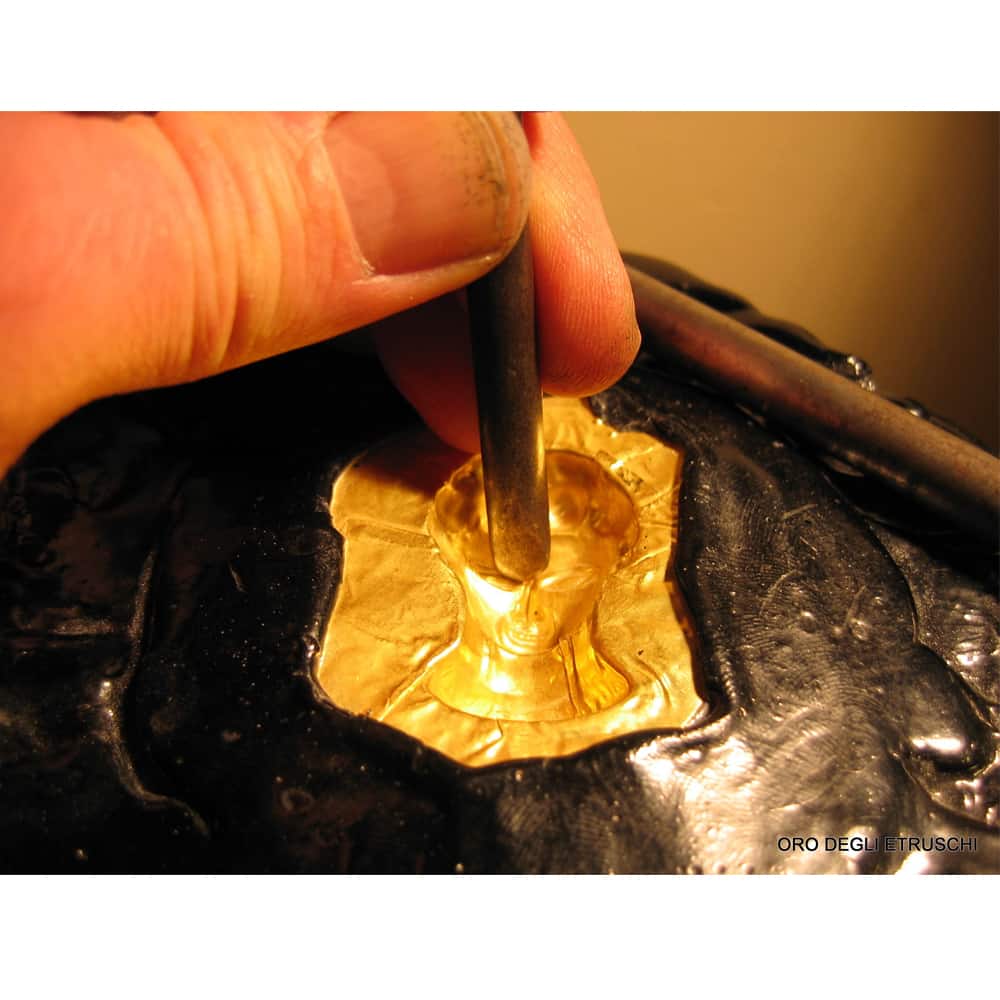 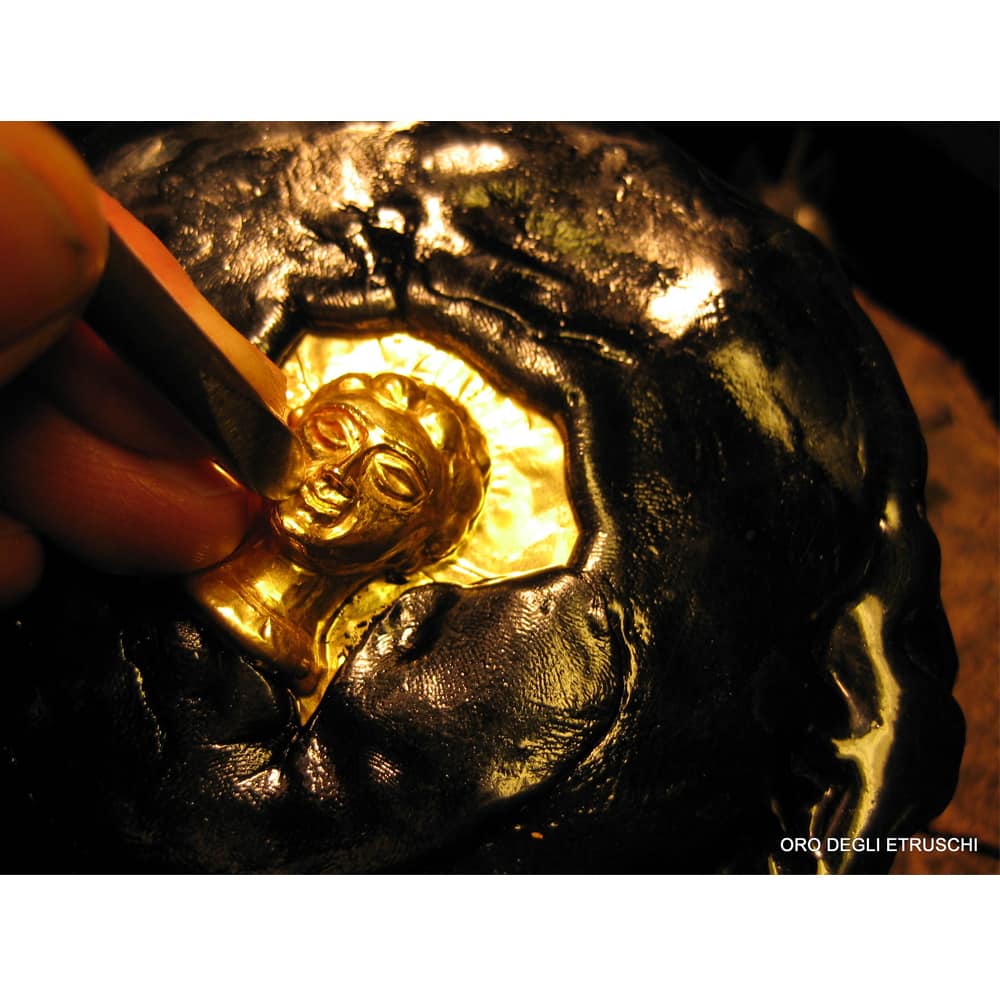 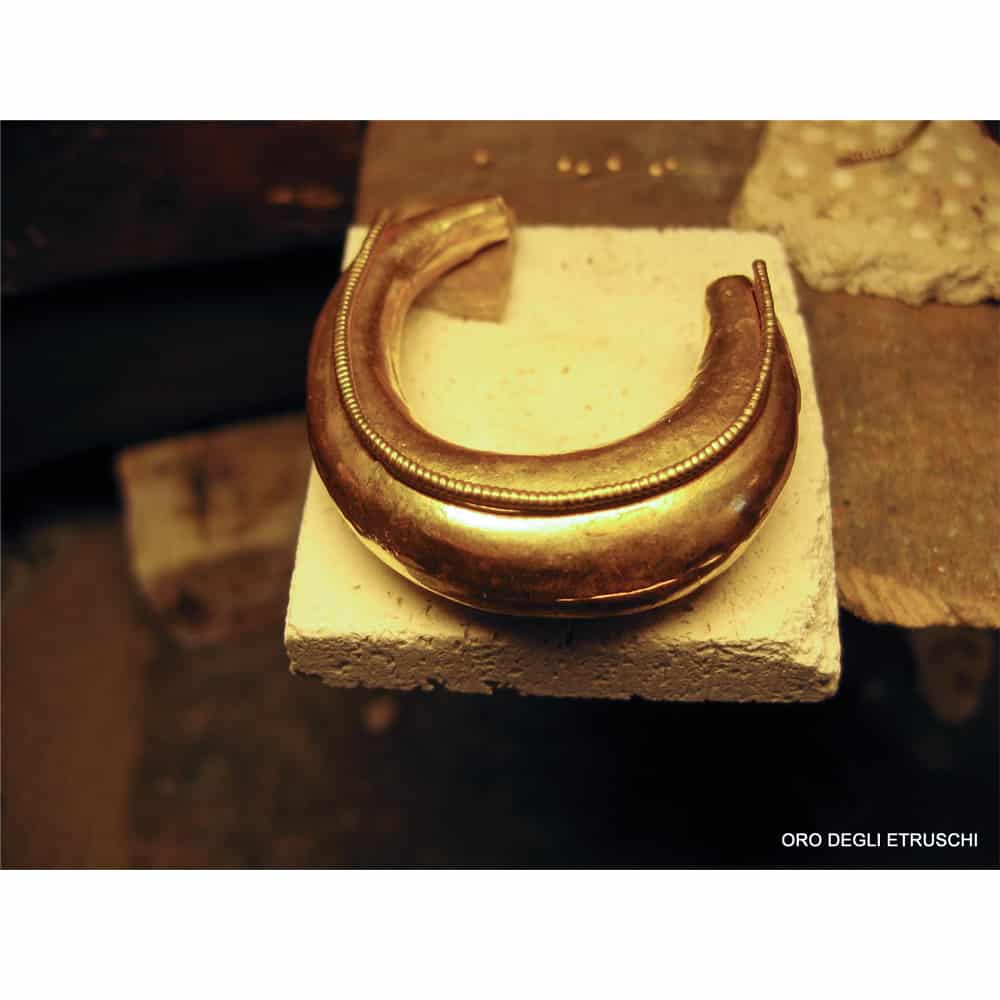 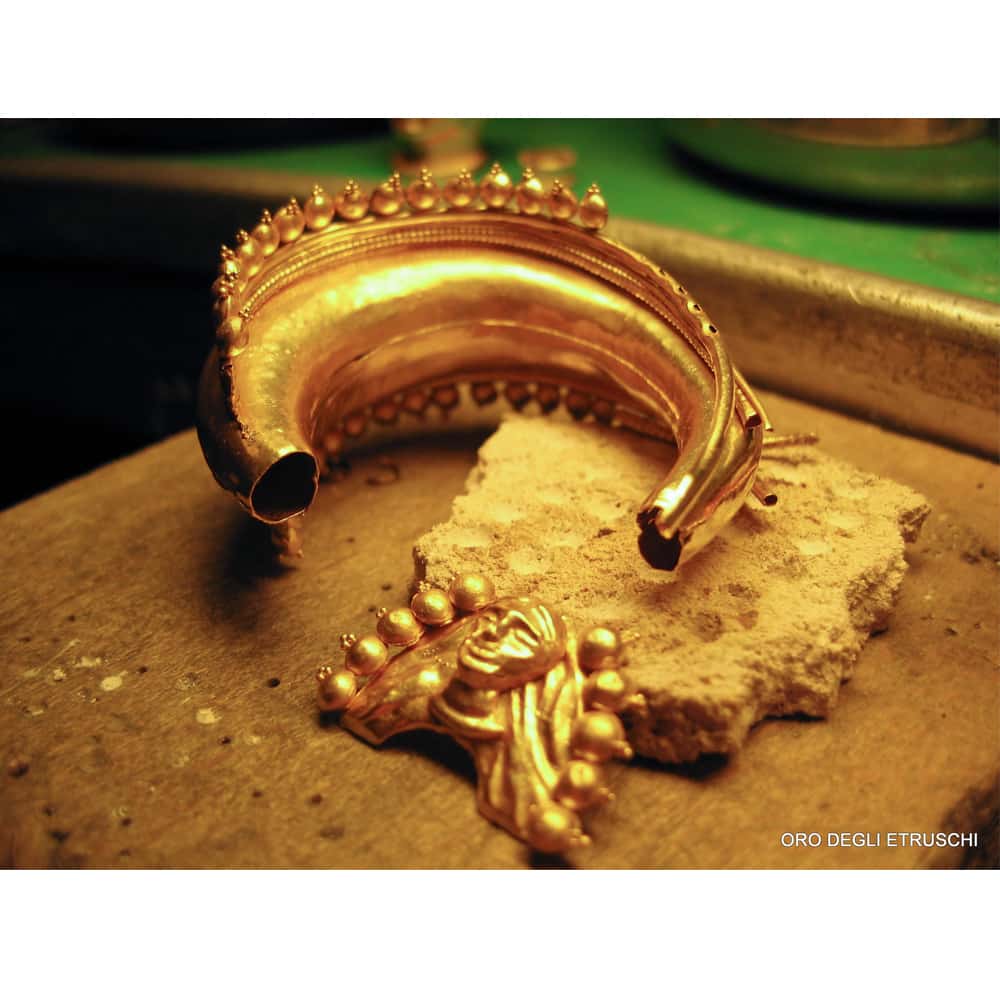 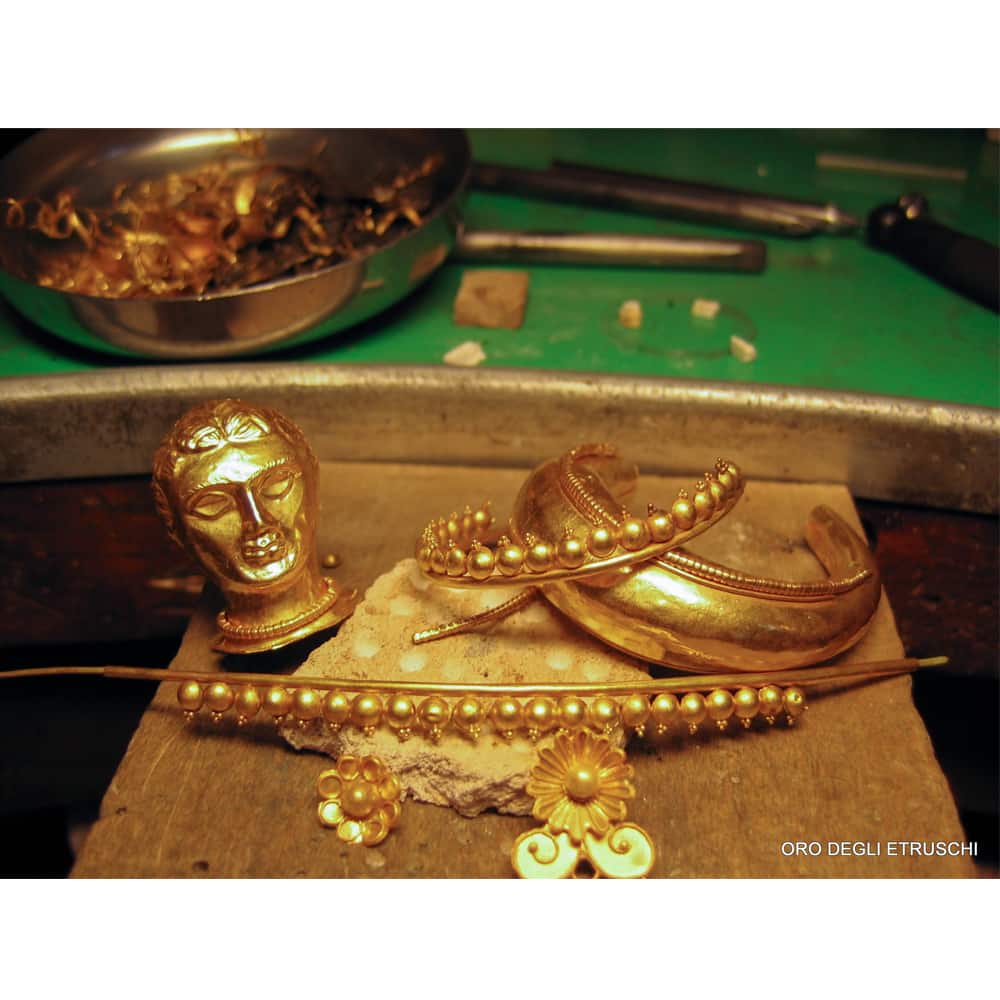 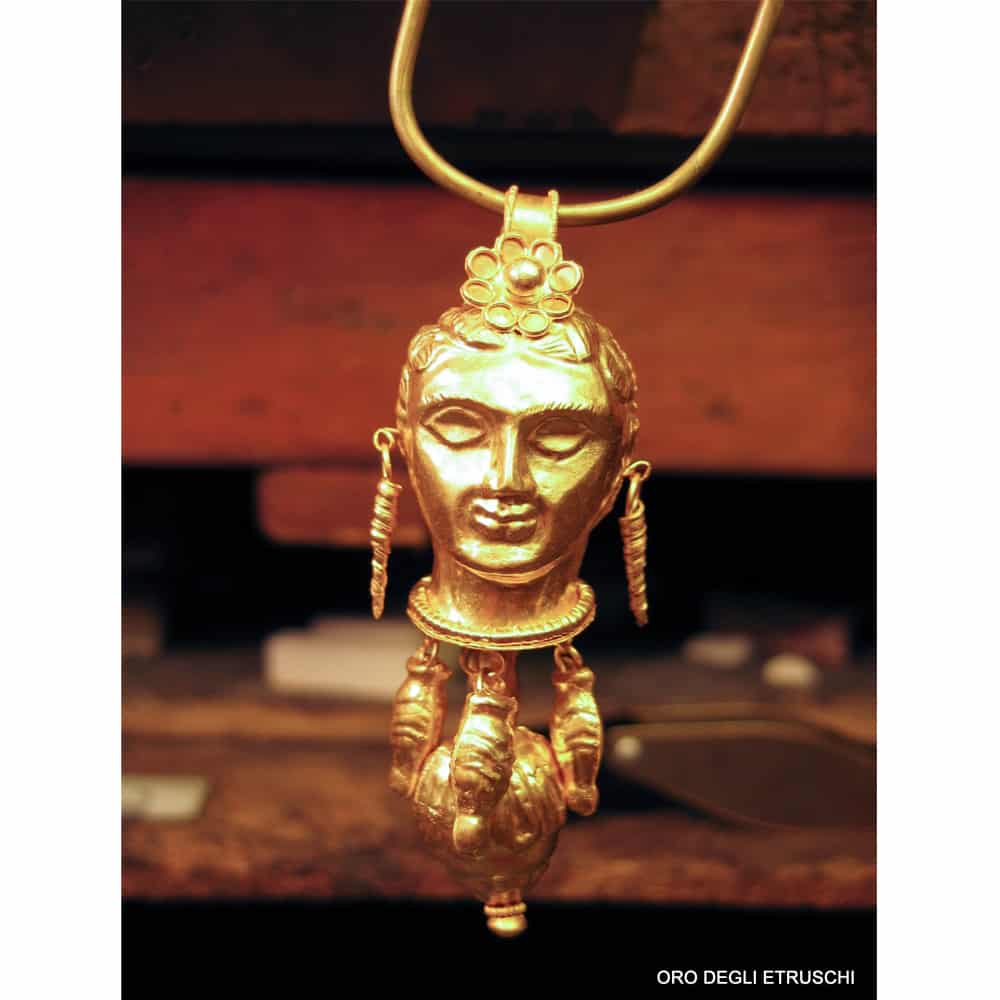 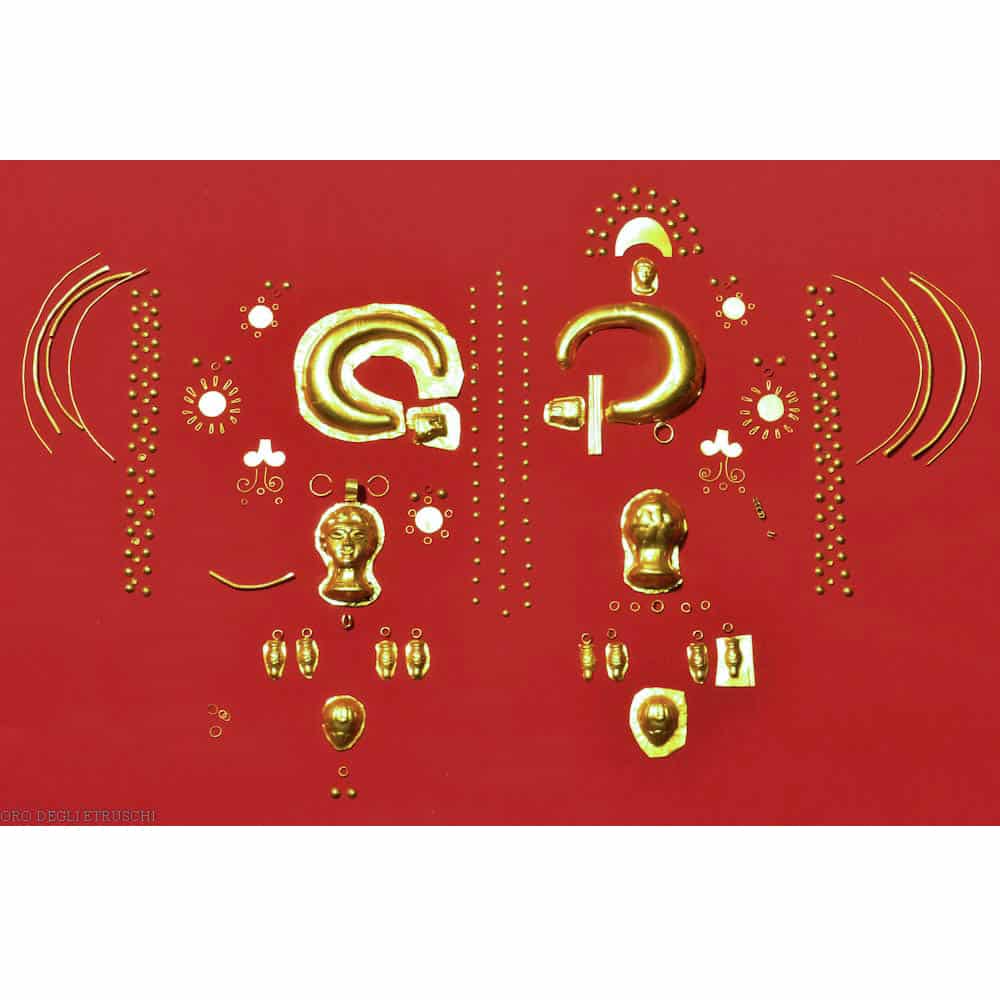