Pompeii was a small Roman city in Italy, near Naples. It was buried in ashes after the eruption of Mount Vesuvius in 79 AD, along with the Roman city Herculaneum. Pompeii was rediscovered in 1748 (after nearly 1700 years) and several excavations have been undertaken since that time. The ashes preserved most of the city and its inhabitants. This rediscovery of Pompeii was one source of inspiration for the neoclassicism period in the 18th century. 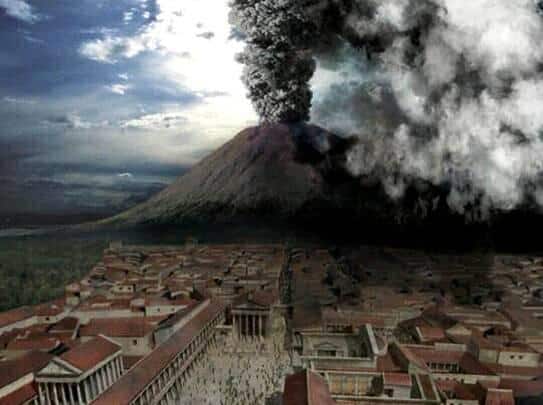