As diamonds go this one is pretty impressive, not only because of its size but because of its renowned quality. This story is somewhat unique because its history is devoid of the usual tales of mystery owners, the clandestine changing of hands, long absences from public view, and being the object of desire, greed and/or treachery. About the only mystery surrounding this diamond is the specific location from which it came. Its well-regarded reputation resembles the popular Dutch Royal for which it is named. Thus is the legacy of the Queen of Holland.

Although there is some mystery as to its specific origins, it is generally accepted that this diamond came from somewhere in South Africa during a time when diamonds from that region were arriving in droves in Holland. Designated for cutting in Amsterdam in 1904, this gem was judged to be a typical Golconda diamond, with a very distinctive blue tint, therefore possibly of Indian origin. Wherever it came from, it was fashioned into a cushion-cut by F. Freidman & Co., and named for Queen Wihelmina of Holland, a much-loved sovereign who reigned from 1890 to 1948. 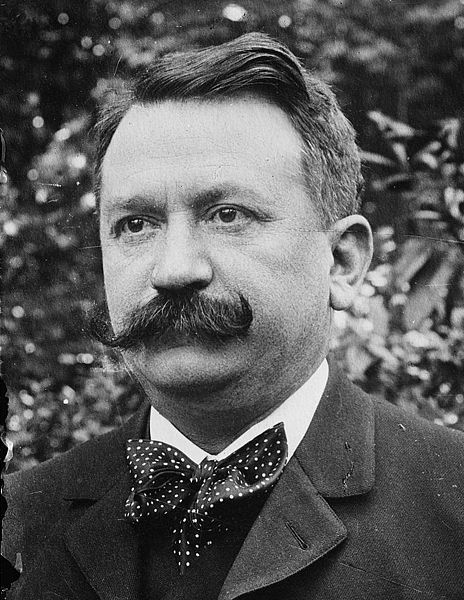 F. Freidman & Co., whose ownership of the Queen of Holland was brief, exhibited it at the Paris Exhibition of Arts and Industry in 1925. A novel piece of history involving this diamond occurred when, during a visit to the Decorative Arts Exposition, the President of France, Pierre Paul Henri Gaston Doumergue, was invited to see the Queen of Holland. Eagerly accepting the invitation, the French President arrived at the designated location expecting an audience with Queen Wihelmina, but was instead “introduced” to this magnificent gem. Consider the poor junior staffer who had the unpleasant task of explaining the mix-up to the red-faced Doumergue. Still, the “audience” with the “queen” was not in vain, for it left us with some valuable documented history regarding the stone. For according to reports, upon seeing the Queen of Holland diamond, the French President’s disappointment somewhat subsided. As he gazed at the stone he was told the diamond was a recent discovery made in South Africa and its value (at the time) was reported to be 1 to 1.5 million dollars.

The President sighed “A poor functionary like me would have to work 20 years to become the owner of this little bauble.”1

By 1930 the Queen of Holland Diamond was purchased by Maharajah of Nawanagar. At this time it was examined by Albert Monnickendam, the author of “The Magic of Diamonds”. In his description of the stone, he likened it to the famous Regent diamond in every way and felt it was one of the finest diamonds in the world. This fact is supported by its place as the 10th largest on the list of ‘D’ color diamonds in the world. Upon taking ownership of the diamond, the Maharajah had it set by Cartier in a pendant that was worn at royal ceremonies. After his death in 1933, the diamond remained with his family until 1960.

Purchasing the stone from the Maharajah’s heirs, Cartier displayed it for sale in their London store where it was eventually purchased by William Goldberg. After a minor re-cut to its current weight of record, Goldberg, in turn, sold it to its present owner. This superb jewel, weighing 135.92 carats and judged to be internally flawless and ‘D’ color by the Gemological Institute of America, is currently owned by Robert Mouawad. 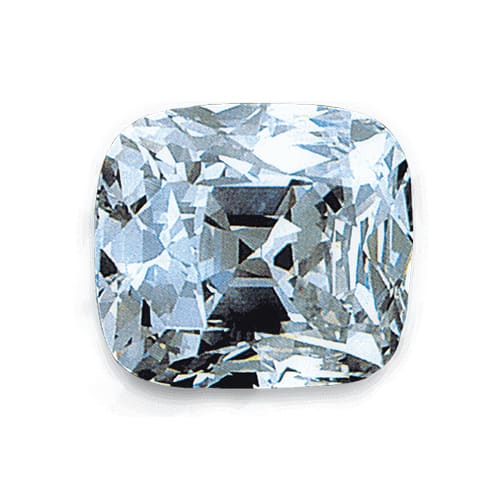