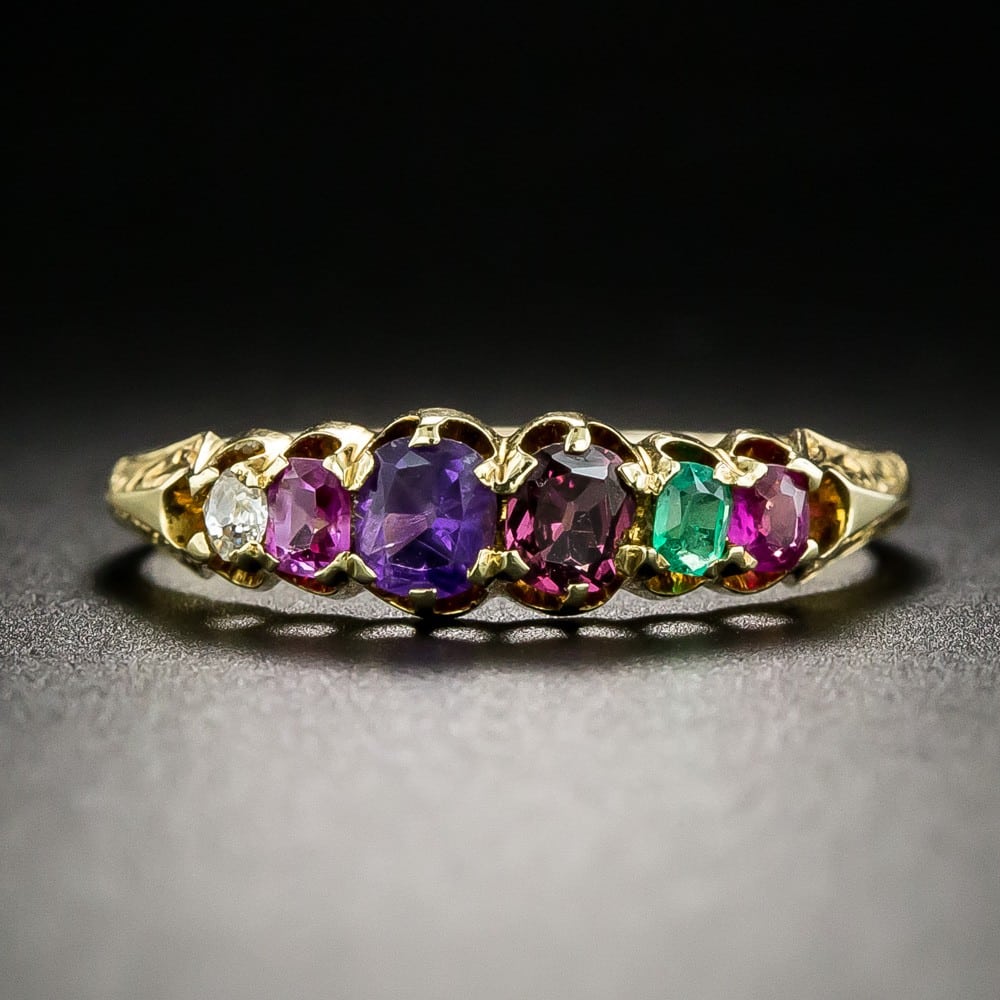 A regard ring is a ring which has been set with a gemstone acrostic. The first letters of the gemstones correspond with the word “regard” – Ruby, Emerald, Garnet, Amethyst, Ruby and Diamond – and are set in that sequence. The antiquated word for garnet, vermeil was used for the letter “v “and “j” as in the gemstone jacinth, was used to stand in for the letter” i “. First introduced by the French jeweler Mellerio in 1809, acrostic rings soon became very popular tokens of loving sentiments. Previously, Georgian acrostic jewelry shaped like padlocks with keys or hearts were decorated with gemstone acrostics as an open declaration of love.

The fad swept Europe and Empress Marie Louise had three acrostic bracelets commissioned to acknowledge the love between Napoleon and herself.