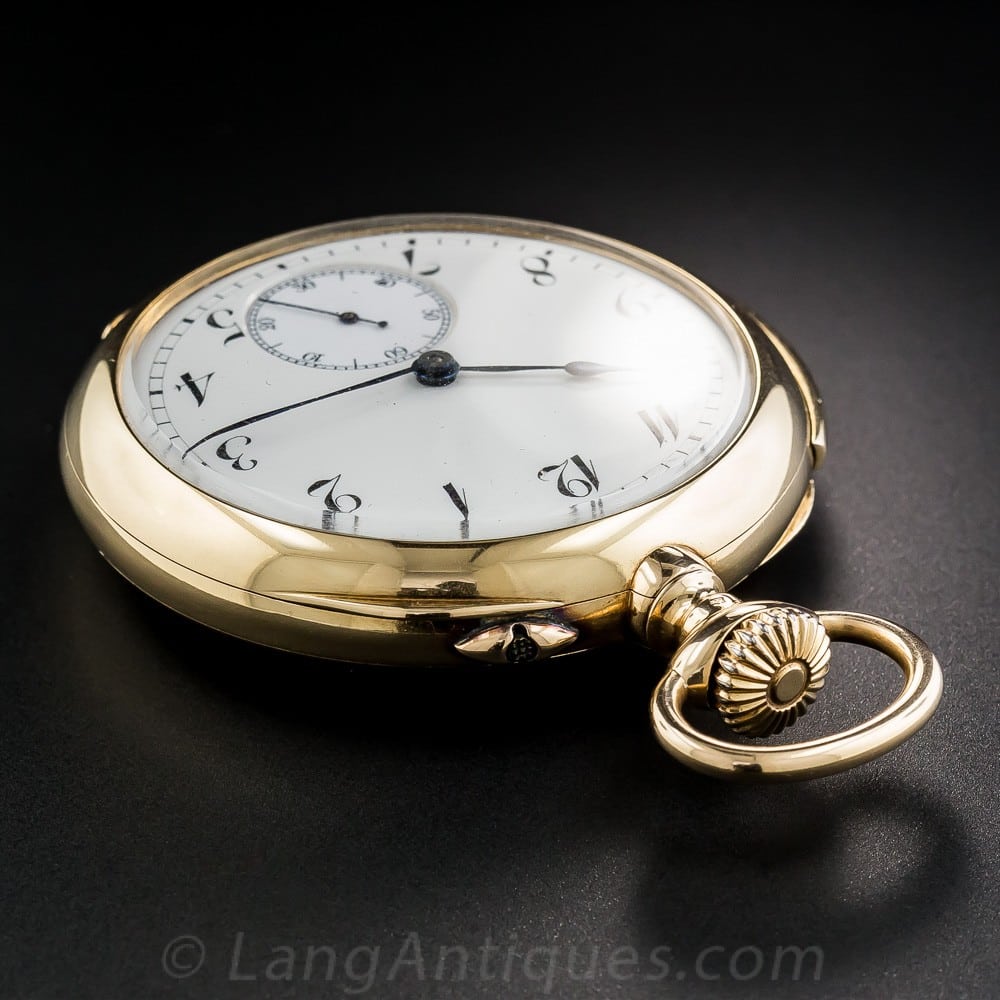 A remontoir (french: remonter – ‘to wind’) is a pocket watch in which the key winding mechanism was replaced with a winding button. It was invented in 1842 by Adrien Philippe and gained in popularity from 1870 forward. The winding button was usually placed on the 12 hour indicator, later – in the 20th century – on the 3rd hour. When wristwatches became popular in the early 1900’s, many of these watches were refitted with bars to hold wristbands.