The Renaissance marks the end of the middle ages and the start of the modern period. Urbanization in late medieval years led to the formation of large cities with a concentration of power and wealth in these areas. The new period was marked by humanistic thinking, placing self-determination in the center. Gone was the sole power of the church to dictate what was right and wrong, people needed to make up their own minds. Inspiration was taken from ancient Greek and Roman texts which were considered as the ultimate sources in the search for truth and morality. One could rightfully argue that the interpretation of these texts were left to scholars and other privileged gents, yet these Renaissance thinkers made a difference which is felt even today. As always, change doesn’t come naturally, a tragic event usually is a good catalyst and it took such an event to pull Europe out of the dark ages.

While in the gothic era it was mainly the clergies and royalty who acted as the patrons of the arts this changed during the Renaissance. The Black Death that swept through Europe in the 14th century not only wiped out 30 to 50% of Europe’s population, it also shifted the balance of power from nobility to commoners with emerging professions as bankers and merchants as well as to peasants and employed laborers. Cheap labor and nutrition became scarce which resulted in an increase in prices. Bankers and merchants profited from this disaster and their wealth became unparalleled. The influence of the Catholic Church diminished, not only due to the fact that many monks died while giving care to the vast number of victims of the plague and the time was right for a major change. With their increased fortune the new ruling classes could finance their patronage of the arts and the main example of this can be found in the Medici family from Florence, Italy which is believed to have been the most wealthy family in Europe at the time. They employed many artists with new ideas and fresh inspiration, many of whom are still today considered as the most important people in the history of the arts. The Renaissance was born and it was financed by the Medici.

In art history, the Renaissance period (from French: “rebirth”) started in Florence in the 14th century and one could put it roughly in the 1350 to 1600 time frame. Architects, painters, and historians took inspiration from rediscovered textbooks and ruins from the ancient era. In architecture rounded arches and other Roman features as atria and pillars were reworked into new style buildings which were highly symmetrical. As with the ancient Roman buildings, the outer appearance of these buildings are very plain, but one should not be fooled by this cover. The interiors of these profane structures were much more decorative, even luscious. The palazzi in Florence, Italy are the most typical examples of Renaissance architecture. Towards the end of the Renaissance period, this flat outline was replaced by cascading facades as can be seen in the baroque buildings. A typical Renaissance building will not have any cascading in the facades (with the exception of balconies).

With the rediscovery of ancient texts, many forgotten techniques worked inspirational to the polymaths of the Renaissance. Proportions – as the golden ratio – were taken from texts by Vitruvius (ca. 80 BC – 25 BC) by Leonardo da Vinci and the concept of perspective was worked out by the Florentine architect Filippo Brunelleschi. Dante, Machiavelli, and Erasmus are some examples of writers who shaped the Renaissance mindset.

Gold and silversmiths have never been trendsetters, rather they are trend followers. One could make an exception for our colleagues in the early modern period as some of the most important figures at that time were true Renaissance men. They were not merely jack-of-all-trades, they excelled in many fields from painting to engineering. The painter Michelangelo, inventor Da Vinci, architect Brunelleschi, sculptor Ghiberti and designer Dürer are just a few examples of the Renaissance polymaths who were not only noticed for their pre-described capabilities, they could also paint, sculpture and were clever mathematicians as well. Benvenuto Cellini is probably the most famous of all goldsmiths from the Renaissance era and he also is praised for his sculptural skills. The many new designs were spread over Europe through the usual trade routes and made more widely available after the invention of the printing press in the 1430’s. Albrecht Dürer, the son of a Nuremberg goldsmith, provided for much inspiration in the Renaissance decors and many of his engraved designs are still printed today.

Although the Italians mocked the gothic period during the Renaissance, one can see many gothic influences in early Renaissance buildings, especially in Tuscany, Venice and other parts of northern Italy. As the style evolved during the 250-year lifespan, one can divide the Renaissance into 3 main periods.

The time frames are hardly sufficient to properly date buildings and other artifacts outside Italy as there is some delay in the adaptation of this style in other countries. It was not until the 16th century that the Renaissance style was completely accepted outside Italy and was mainly manneristic in those countries. 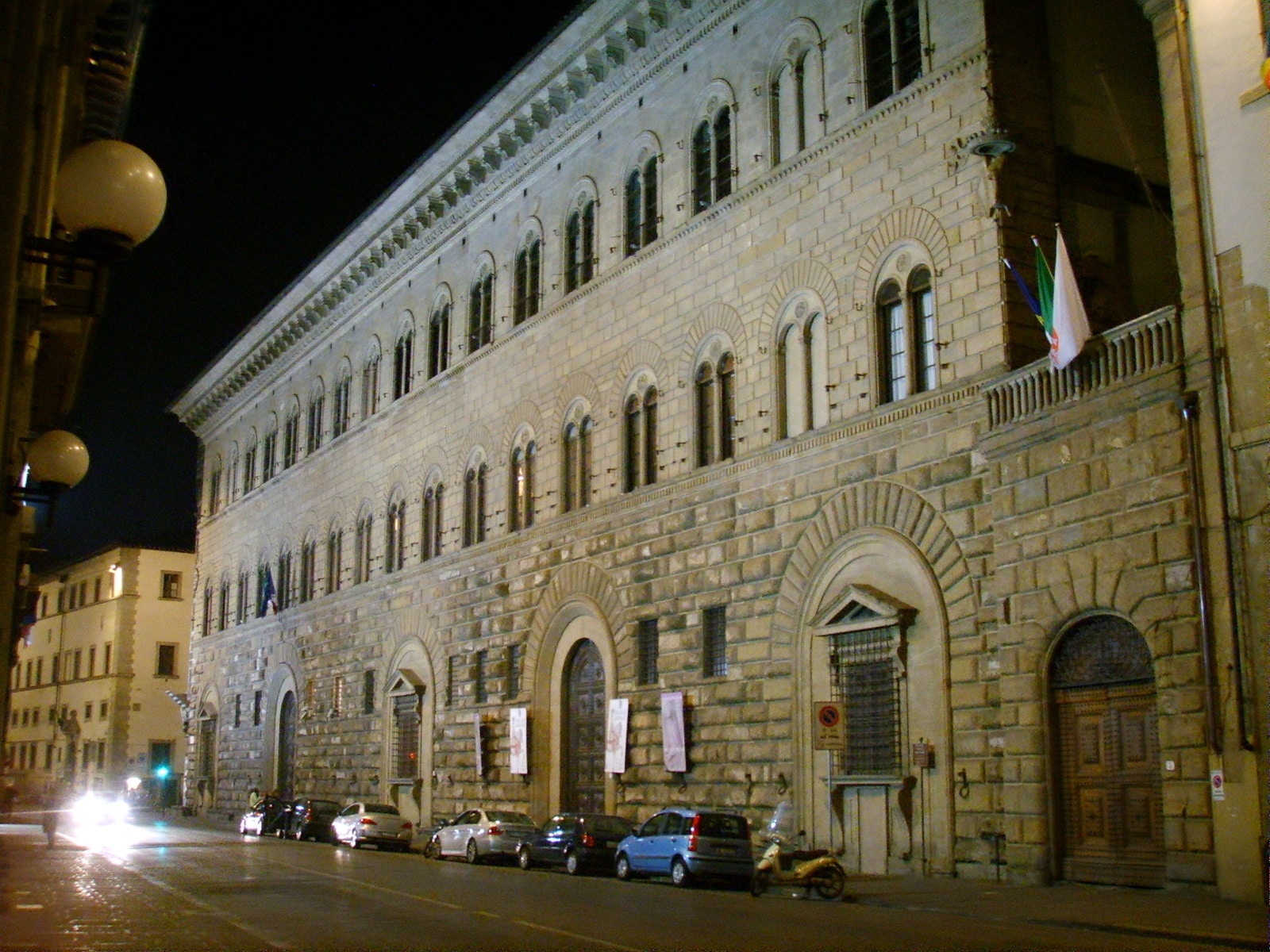 The Renaissance style started in Florence and soon spread throughout the rest of the Italian states and Kingdoms. The rest of Europe was still building in the gothic style. Inspiration as balance, proportion, and symmetry was taken from ancient texts and architectural structures. In painting, the golden ratio and the use of perspective became important, as well as the use of oil paints to give a more realistic appearance (started by Flemish “primitive” painters). Early artwork may show gothic remnants and enamel was used extensively on golden/silver artifacts. Figurative designs (also started in the late Gothic period) became abundant, often executed in the emaille en ronde bosse technique and gemstones were used in golden and silver works of art.

The layering had a more horizontal than vertical thrust and ornaments were taken from ancient Greek and Roman examples. Any vertical line was interrupted by a horizontal line or layer. Some gothic elements are still visible.

During the 16th century, almost all gothic remnants from the Gothic period were annulled, although some – mainly ecclesiastic – objects were still created in a Gothic-Renaissance style. The ornamental language is completely supporting the main body, never taking over the overall shape. The center of the arts moved from Florence to the papal residence Rome. Perfect harmony and balance between static and movement was achieved. This period ended with the sack of Rome in 1527 by Emperor Charles V.

Mannerism means “exaggeration” and one can think of it as taking the renaissance to the extreme. The style is marked by elegant postures and gestures which seem out of balance. The figurative language showed much movement and one can see many turned bodies in the sculptures with exaggerated long limbs as arms and necks. One of the most remarkable examples of this in the art of goldsmithing is Cellini’s saliera (salt cellar), now in the Kunsthistorisches museum – Vienna, Austria – and is mainly sculptural.

Mannerism was a court style and the many artists employed by the royal patrons felt the need to be innovative in both design as technique. This lead to great complexity and exaggerations and this tendency is known under the term difficulta. Many items of silverware are highly embossed with the many renaissance ornaments and whole figures were hammered from sheet metal. At the time all workshops could refer to example books of great designers as Cornelis Floris, Cornelis Bos, Hans Vredeman de Vries and Hans Holbein and it is not surprising that, although there are many similarities in the various items, the employed artists wanted to create something special for their patrons. Aside from enamel and gemstones, many exotic materials as coconut shells, nautilus shells and ostrich eggs were incorporated in the main body of these elaborate silver constructions.

Towards the end of the 16th century, there was a decline in the manneristic style, probably because artists could not draw much more inspiration from the decadent style. In southern Germany, there was even a revival of the Gothic style.

The main centers of mannerism in Italy were Rome, Mantua, and Florence, while outside Italy they could be found at the courts and major trade centers of Nuremberg, London, Fontainebleau, Antwerp, The Hague, Amsterdam, and Prague.

Although most goldsmiths used to be trained in all facets of the profession, there became a tendency to specialize in a certain aspect of the art during the 16th century. The resulted qualification of this development still holds, largely, today.

One could make a distinction between goldsmiths (those who created small, golden, jewelry items set with or without gemstones), silversmiths (who made larger silverware objects) and small workers whose main specialization was to create smaller objects as buttons and buckles. Some craftsmen started to specialize in decoration techniques as gem carving and cutting, engraving and embossing.

The above holds mainly for those working in larger art centers with a great market potential. Those working in the smaller cities, where potential clientèle was restricted to a small group, the smiths still created a vast array of different artifacts.

Not much jewelry from the Renaissance era has survived and most of the scarce items which have are usually only seen in museum collections around the world, they are hardly ever offered at auction.

Renaissance jewelry can be characterized by a constructive accumulation of ornaments with great detail which needs to be observed from close view. Favorite materials used are gold, gemstones, and enamel (also en ronde bosse). Many pedants and earrings have dangling pearls suspended from them. The obsession with death lead to memento mori jewelry to remind themselves of their own mortality. Human skulls and other obscure depictions are not uncommon in these jewels. Manneristic jewelry may show in the figurative design of humans and animals, often enameled en ronde bosse or from gemstones. Baroque shaped pearls were also incorporated in the main body of the design.

The Medici were avid collectors of ancient and contemporary cameos. Many craftsmen were hired to create cameos in Roman style and some even engaged in the deliberate forging of these ancient examples. In the late 16th century the Medici started a school which specialized in the art of pietra dura mosaics (the The Opificio delle Pietre Dure which still exists).

There is usually a high level of symmetry in the items but that is not so strict as in the later baroque period.

Most renaissance jewelry which one sees today is actually from the Neo-Renaissance period which started around 1840. The quality of these revival jewelry items are usually greater than the original counterparts, especially those created at famous workshops as those of Giuliano.1