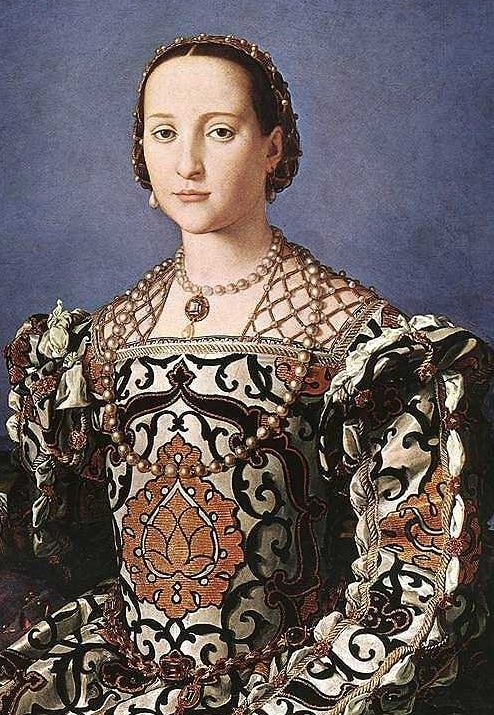 Eleanor de Toledo, Duchess of Florence with a Pearl Resilla in her Hair and On her Shoulders.
Agnolo Bronzino 1545.

Resilla usually refers to a head ornament with a fishnet-like design. Fine wires or cords were inter-spaced with pearls, coral, jet and sometimes gemstone beads and secured on the hair with a jeweled comb or other hair ornament. The term comes from the French résille which translates net, network or netting. The resilla design could also be employed as an embellishment on a dress.

Résille is a term that is also used for a rare enamel technique which somewhat resembles cloisonné but, unlike cloisonné, the design to be enameled was carved into glass or a crystal gemstone and lined with gold.