Rosettes are floral depictions built up out of several diamonds. They were used to make the most out of small stones, grouping them together to make larger looking gems. Rosettes were en vogue during the 15th and early 16th century after which they lost their popularity. Take a look at the images on the right. The top one is a painting of a mid 16th-century jewel, set with three Rosettes, one made of rubies and two diamond ones on either side of the fleur de lis. Below it is shown how these rosettes are built up out of 5 separate diamonds, purposely cut to form a 5 petaled rosette when combined. 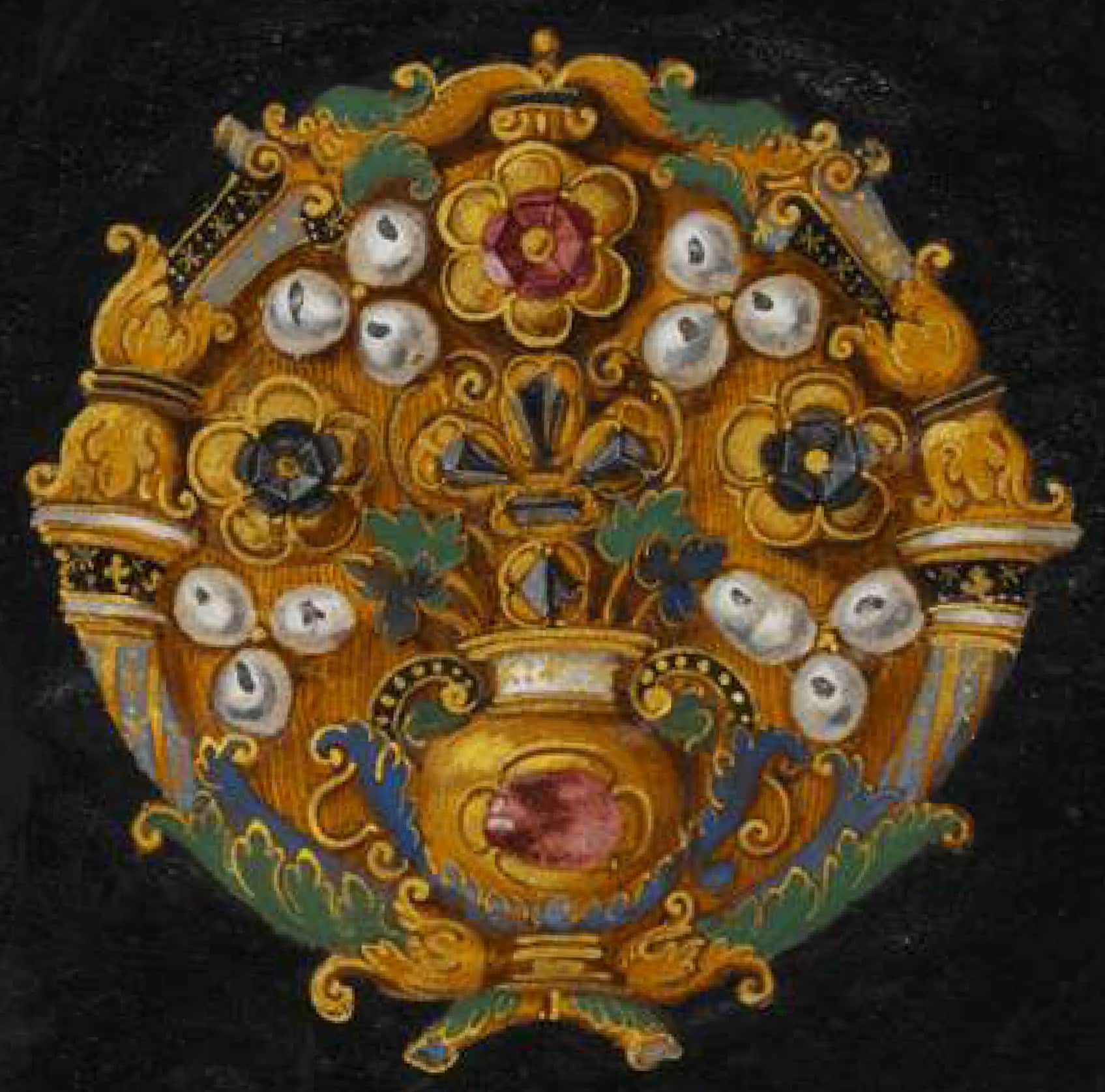 A Rosette Set Jewel. Oil on Canvas by Hans Mielich. From das Kleinodienbuch in the Bavarian State Library. 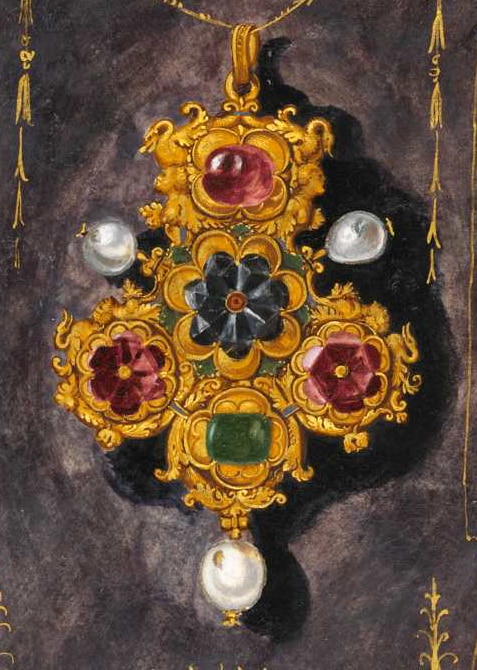 Oil on Canvas by Hans Mielich Depicting One of the Jewels in the Possession of Duchess Anna von Bayern.