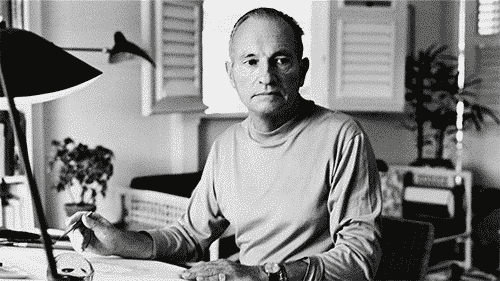 I want to capture the irregularities of the universe. I observe nature and find verve.1

Jean Schlumberger (1907-1987) was born in Mulhouse, France into a wealthy textile family. Eschewing the wishes of his business oriented family, Schlumberger left for Paris in his early twenties to pursue artistic endeavours. Scouring the Paris flea markets for interesting and affordable materials, he developed an eye for creating unique and artistic jewelry designs.

The success of his endeavors soon spread beyond his circle of fashionable friends and he caught the eye of the famed courturiere Elsa Schiaparelli who hired him to make buttons and costume jewelry. The collaboration proved to be a great success and women on both sides of the Atlantic were soon wearing his boldly original accessories.

At the end of World War II, Schlumberger moved to New York and opened his own fine jewelry salon in 1947 with a partner, jeweler Nicolas Bongard. (Bognard was a nephew of the famed fashion designer Paul Poirot whose sister Jeanne had married the well-known French jeweler, René Boivin.)

With Nicolas handling the business affairs, Schlumberger was free to design. His playful creations, particularly of jeweled animals and fantastical sea creatures were worn by leading ladies of fashion and society including Diana Vreeland, Babe Pauly and Countess Mona von Bismarck. By 1955, his success was such that Tiffany & Co. approached Schlumberger and Bongard to collaborate with them. Tiffany’s business was in desperate need of revitalization and an inspired designer was just what they needed. In a move that was greatly beneficial to each party, Tiffany installed Schlumberger and Bongard ib their own separate department in Tiffany’s Fifth Avenue store and provided access to their formidable supply of precious gems and materials.

Schlumberger became Tiffany’s jeweler to the stars, keeping creative control of his designs and continuing to maintain his workshops and his Paris shop, he became one of only four designers allowed to personally sign their work. His whimsical interpretations of nature and bold use of colored stones and enamels, set off in windows designed as jewel boxes, forever changed Tiffany & Co. both in the design of their jewelry and the way it’s displayed.

The process of jewelry design began with Schlumberger executing pencil and/or guache drawings on tracing paper. Next, Bongard converted these sketches to three dimensional models. Schlumberger and Bongard selected the materials, including the gemstones, and made any final design decisions, then they handed the project off to skilled craftspersons who could breathe life into the designs. 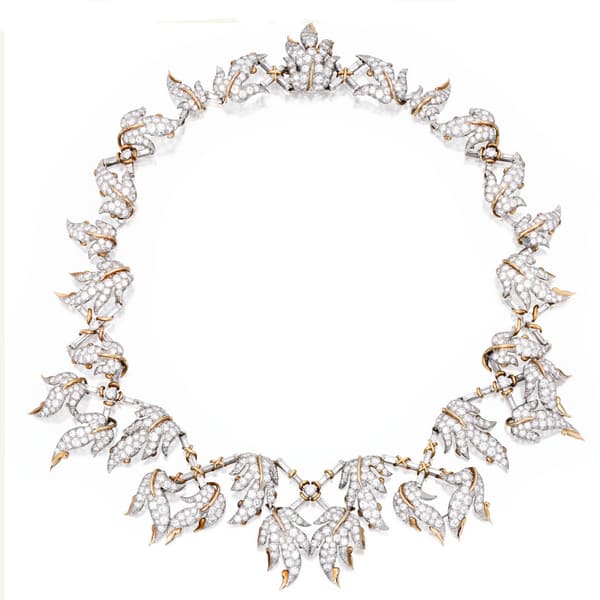 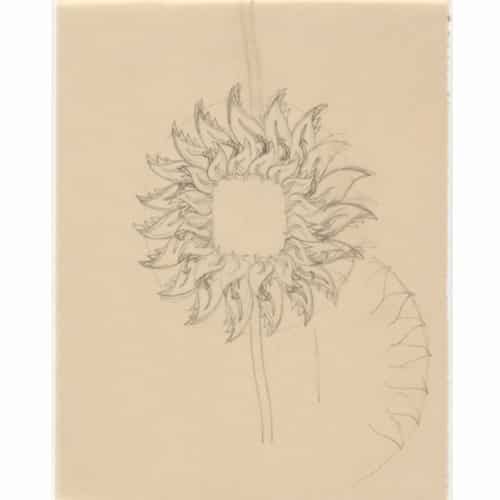 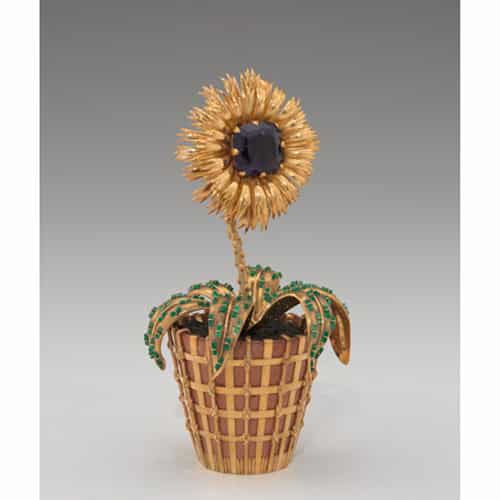 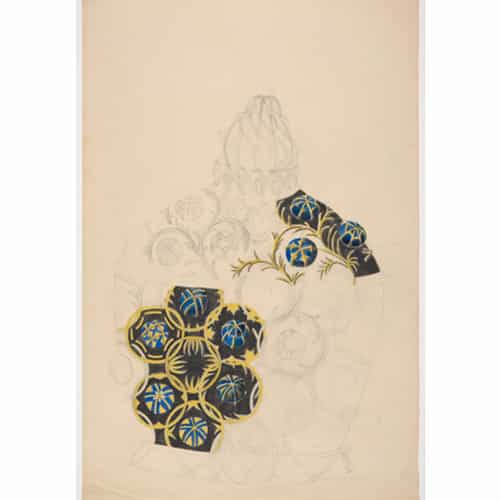 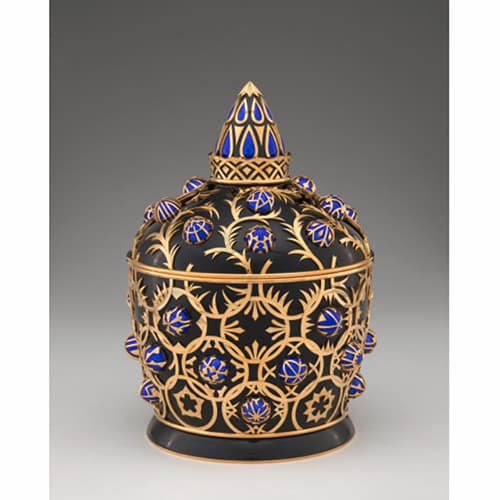 Throughout all of the designs created by Schlumberger there are elements that seem essential to his style. His use of color is always bold, from rich gold used as the basis for most of his work to the brightly colored enamels and vividly hued gemstones, one cannot deny his affinity for color. Tendrils, wrappings, ropes and woven elements all executed in gold appear throughout nearly all of his work. Some of these lines are sinuous while others are regimented and rigidly geometric, but all of them are emblematic of the work of Jean Schlumberger. Another of his iconic design features is the application of brightly colored enamels using the 19th-century technique of paillonné enameling. This process is very complex and somewhat fragile and requires colored enamel to be applied in many layers over thin layers of 18 karat gold leaf. To complement these rich, bold enamels there is often a pattern of geometrically shaped yellow gold “nail heads” peaking through the layers of enamel.

Among Schlumberger’s major contributions to Tiffany and jewellery history, was his inspired use of materials and colour. He was largely responsible for reviving the taste for rich, sun-coloured, yellow gold, which he emboldened with enamels in clear, bright, strong colours, often pinned with his signature gold studs or nails.2 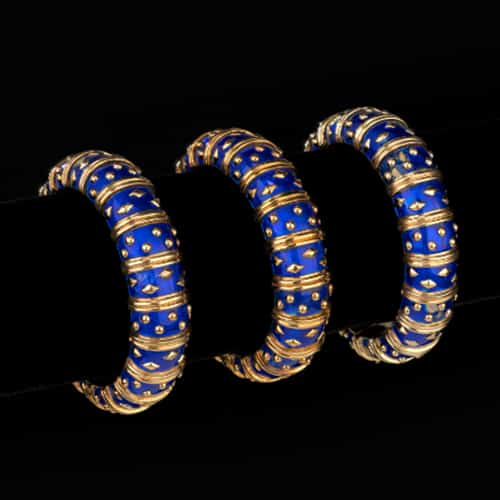 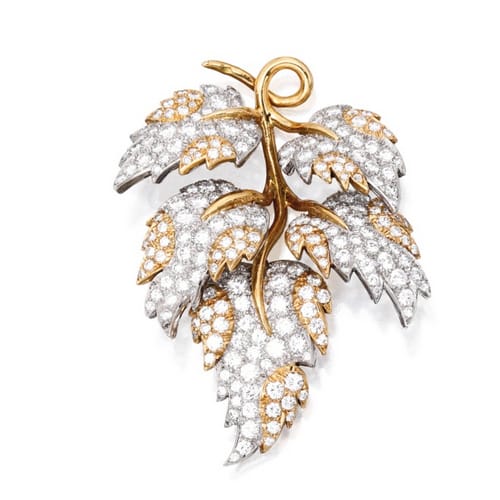 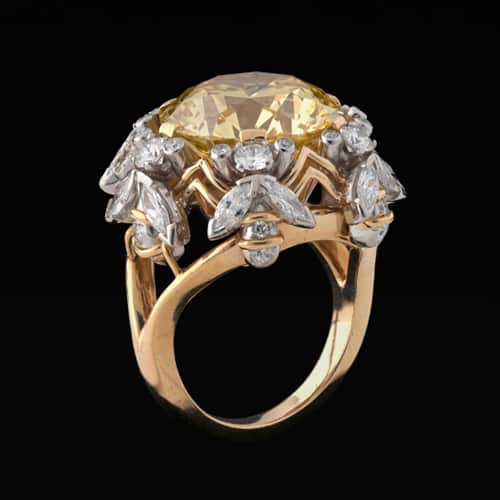 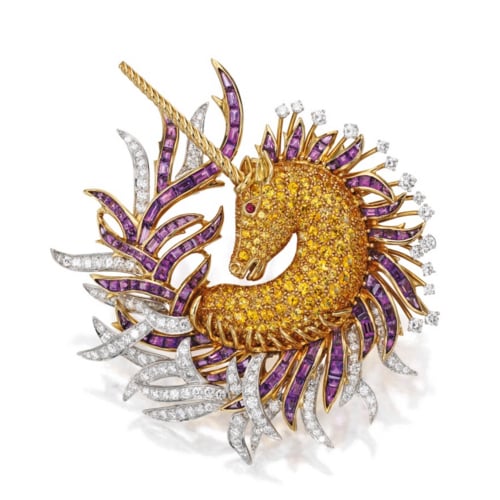 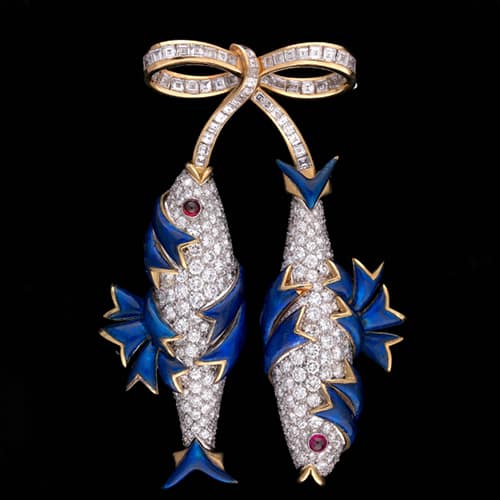 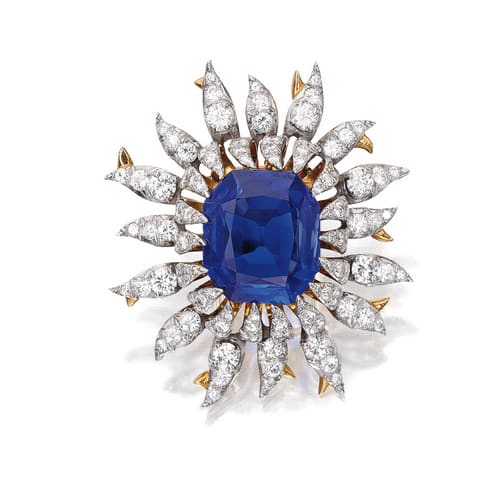 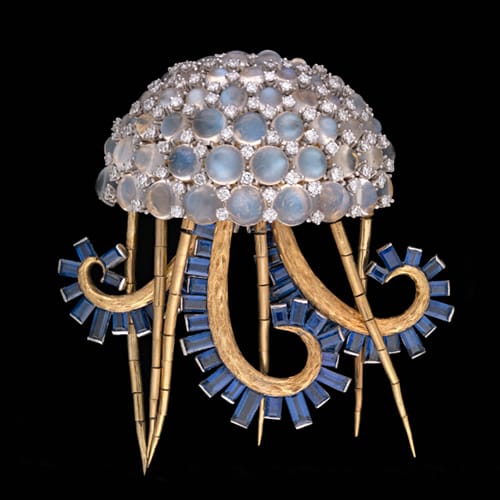 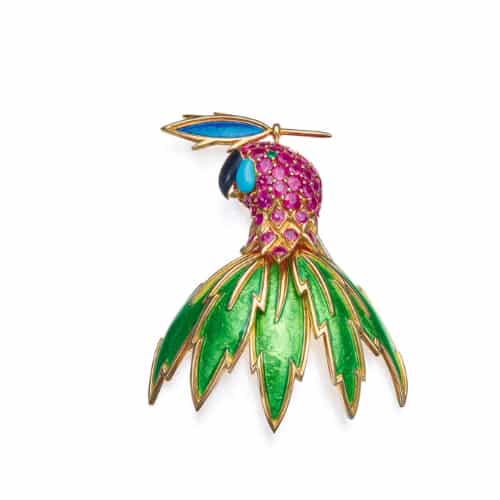 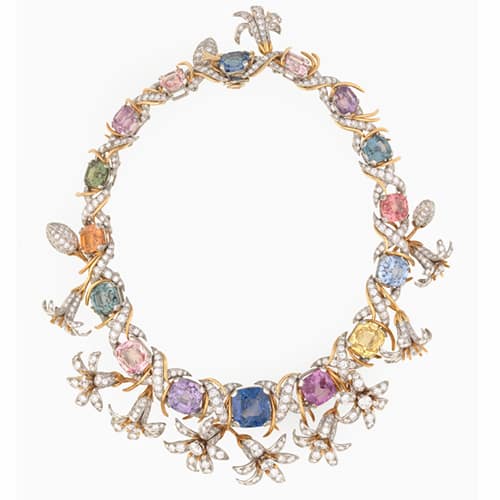