A scroll is a spiraling decorative element that is reminiscent of the edge of a rolled up parchment or papyrus document. Scrolls can be simply designed with the element winding in upon itself, evenly and proportional. They can also be complex and incorporate a floral or foliate motif along with other elements that can be shown to curl or spiral. Popular in jewelry since the 15th century, fine examples can be found in Renaissance, Gothic and Archaeological Revival jewelry. Scrolls in jewelry design can be engraved, pierced out in a pattern, or applied on the surface by attaching elements, enameling and rendered by casting, chasing or repousse. 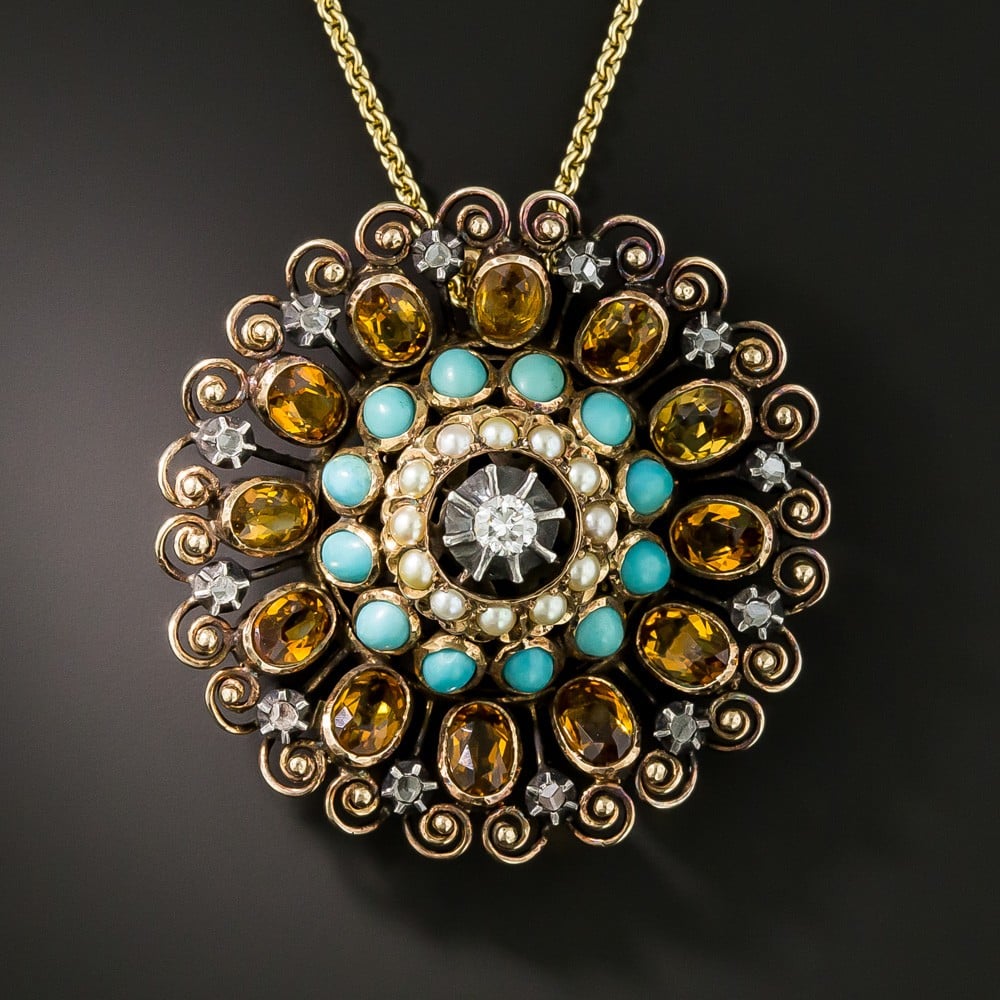