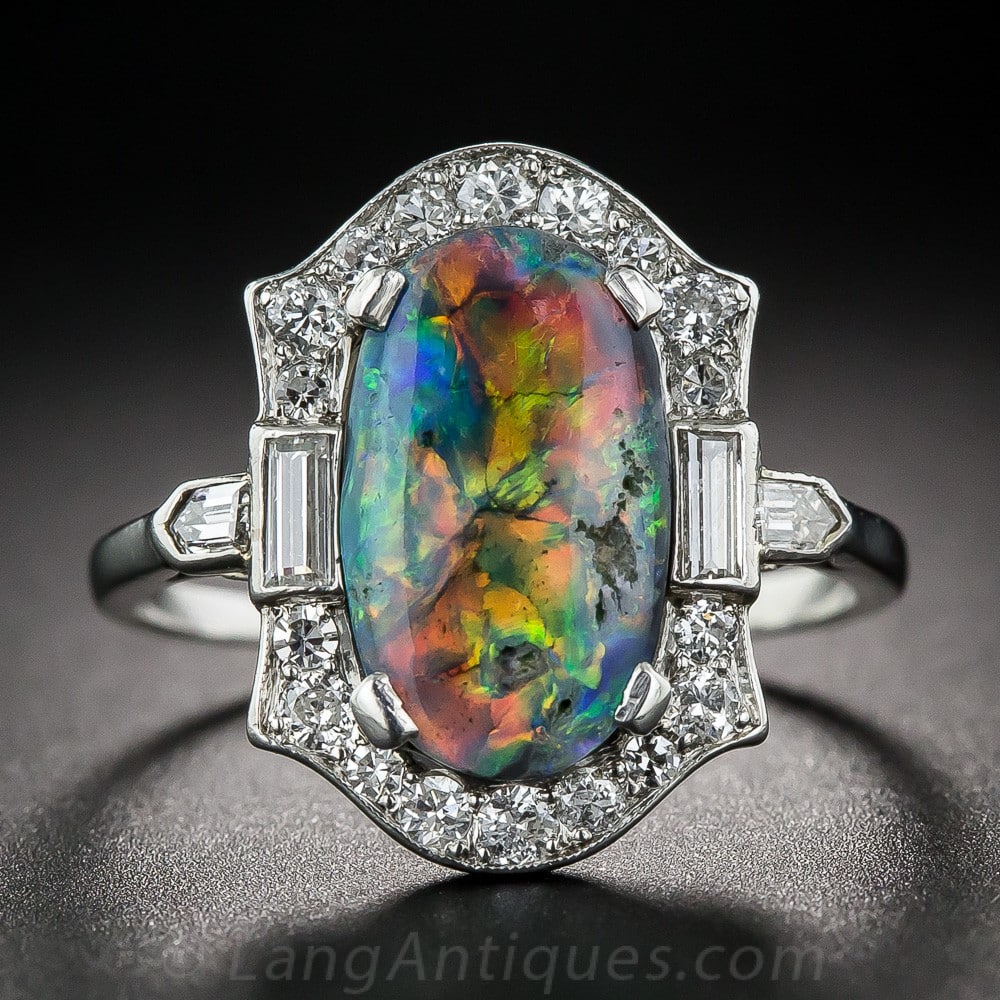 Play-of-color is the name for the phenomena in opal that produces the changing colors that seem to float and billow within the stone. Opal’s silica molecules arrange themselves in stacks. When light hits these molecules at different levels the result is patterns and patches of color and iridescence.

The patterns in the play-of-color are given names that reflect their patterns. Harlequin is considered the most desirable and has mosaic patches of roughly equal size. Opals with a harlequin play-of-color in deep red, violets and orange, followed by yellow green and blue, are considered to be the most valuable. Flame and flash opals exhibit patches that roll and flash with movement of the stone. Pinfire opals have a flash pattern composed of many tiny points that when seen together form a glittering patch of color. Mexican fire opal rarely exhibits play-of-color.