This stone enjoys the distinction of being the twelfth largest “perfect” diamond in the world. Named for a military man of royal blood, this diamond followed a long history of courting danger, yet, like its longest-tenured owner, was lucky enough to survive two world wars and a revolution. In the same vein as many of its contemporaries, this diamond shared the common experience of being locked away for many years depriving the public of its beauty. However, thanks to the power of modern media, within the last few years the diamond has been seen by millions adorning the neck of a renowned singer on stage and sparkling on an actress walking the red carpet. Deriving its name from a prince of the great dynastic House of Habsburg in the Hungarian line, Archduke Joseph August (1872-1962), this stone is the magnificent Archduke Joseph diamond.

In this particular case, research gives more information about the diamond’s most famous owner than the diamond itself. Because of sketchy records, there is debate as to when and how the Habsburg family initially obtained the diamond or when it actually passed from Archduke Joseph to his son. What is accepted fact is that the Archduke or his family owned the diamond for a number for years. A direct descendant of Emperor Leopold II, Archduke Joseph August was the son of Duke Joseph Carl Ludwig of Austria and Princess Clotilde of Saxe-Coburg-Gotha. Joining the Hungarian territorial reserve in 1890, Archduke Joseph began, what was to become, a very illustrious and highly decorated military career. Taking time out in 1893, the Archduke married Augusta Maria Louise of Bavaria, a grand-daughter of Emperor Franz Joseph, and the daughter of Prince Leopold of Bavaria

Upon the death of the Emperor Franz Joseph, the Archduke was appointed commander of the Hungarian frontline forces. Distinguishing himself as a Field Marshall in World War I, he was responsible for the re-capturing of the eastern part of Siebenburgen and initiating the negotiations for a cease-fire. Named the first Regent of Hungary by a grateful Emperor Charles I, Archduke Joseph’s ascension to the regency was interrupted by the October 31st Revolution. With a return to normalcy, the Archduke finally began serving as the Regent of Hungary in August of 1919 only to be stripped of the post two months later when the victorious Allies ruled that no Hapsburg could hold a commanding position in the country. 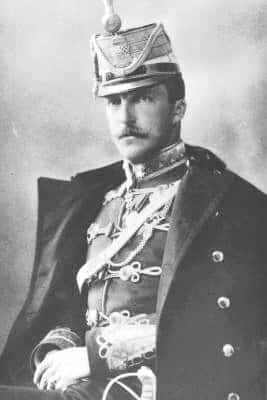 Archduke Joseph August of Austria in 1900.

Out of a job, Archduke Joseph somehow managed to get around his forced “retirement” from politics, becoming a member of the Hungarian Upper House of Parliament. He also became very active in Hungarian Society and was awarded an honorary membership in the Hungarian Academy of Sciences, holding the title of president of that organization from 1936-1944. When Soviet troops remained in Hungry at the conclusion of World War II the Archduke immigrated to the United States to avoid the Russian occupation. However, a longing for his homeland made the Archduke return to live with his sister, Princess Margaret von Thurn. It is during this time he wrote his memoirs and served in the Upper House of the Hungarian Diet. He died in 1962. 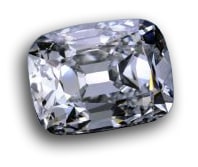 The Archduke had a son, Joseph Francis (1895-1957) and it is believed that Archduke Joseph passed the diamond on to him sometime before 1933. In that year the 78.54 carat diamond was placed in a vault at the Hungarian General Credit Bank. As the ominous winds of a new war began blowing over Europe the diamond was sold in 1936 to a European Banker who placed it in a bank deposit box in France. During World War II the diamond somehow managed to escape detection by the usually meticulous Nazis during their occupation of France. After the conclusion of the war the diamond remained invisible until 1961. In July of that year it went on the auction block in London, but remained unsold when it did not meet its reserve. It would be 32 years before the stone would be auctioned again, this time being successfully sold by Christie’s in Geneva for $6,487,945 in 1993.

Molina Fine Jewelers of Phoenix were the reported high bidders at the 1993 auction. During Molina’s ownership, this magnificent gem was reduced to 76.45 carats and graced the neck of Actress Laura Harring at the Oscars and Singer Celine Dion during a television special, both in April of 2002.

The Archduke Joseph is an elongated cushion-cut type IIa diamond, weighing in at 76.02 carats (reduced further from the 76.45 carats reported earlier) and, according to the Gemological Institute of America, is D color and Internally Flawless in clarity, the largest diamond of its type (type II a “Golconda”) ever graded by their lab.

UPDATE 10/3/2012: The Archduke Joseph Diamond is slated to go on the auction block at Christie’s Geneva on November 13, 2012 with a pre-sale estimate of 15 million dollars.