Biwa pearls are a cultured pearl produced in a freshwater mussel native to Lake Biwa, Japan. Considered to be a non-nucleated pearl, they are produced by introducing 10 to 20 bits of mantle tissue from another mussel into incisions in the host mantle. The mantle tissue produces an irregular shaped brownish pearl which is later bleached white. Pollution and competition from China have left production from Lake Biwa almost non-existent.

Currently non-nucleated pearls are produced in China and other countries but cannot be legally called “Biwa” pearls unless they are from Lake Biwa, Japan.  The term “Biwa” however, continues to be used to refer to small, irregularly shaped freshwater pearls. The term freshwater and Biwa are sometimes used (incorrectly) interchangeably. 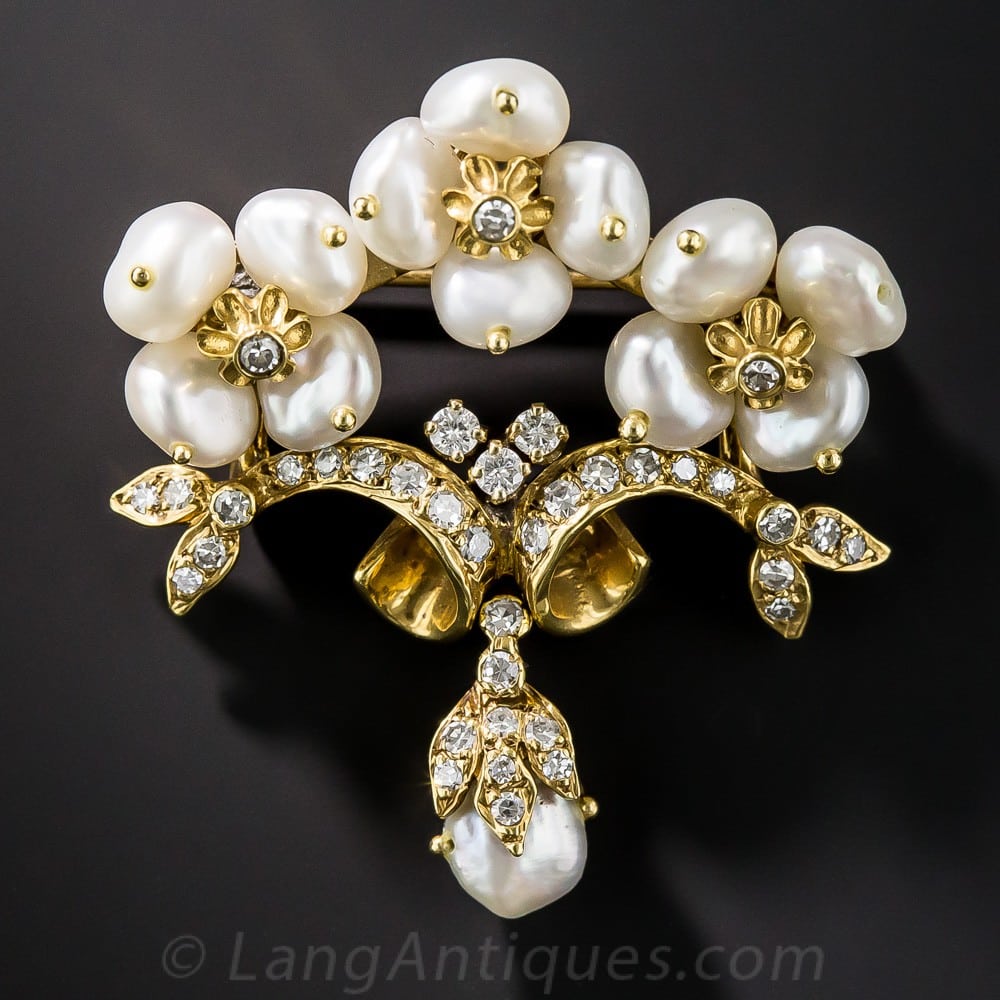