During the late 19th century jewels and hair ornaments were set into “en tremblant” motion with the use of a small concealed battery. These tiny automotons included skulls with rolling eyes and clacking jaws, birds flapping their wings in vain, flowers wiggling in the “breeze” and all manner of animals in motion. The batteries, sealed in vulcanite, were designed to work when the item was in a vertical position and turn “off” when the piece was placed in a horizontal position, some had a concealed switch or wire to initiate operations. These novelty jewelry items are rare and were produced for a very short time during the dawn of the electric age.

Electric jewelry warranted a mention with regard to their inclusion in the Exposition Universalle de 1867 a Paris as “In the showcases of lesser importance.” These items were manufactured and displayed by Cadet-Picard Jewelers at the battery technology was attributed to Trouvé (the electrical engineer.)

A miniature Volta battery, concealed in a pocket, operates a multitude of tiny objects that are very prettily modelled and enamelled. There is a skull that makes terrible faces, a rabbit that beats a drum, and birds or butterflies that flutter their wings; they are all mounted as jewels to be worn on the hair, corsage or the cravat. Could one of the most important discoveries of modern times to be applied in a more bizarre a fashion?1 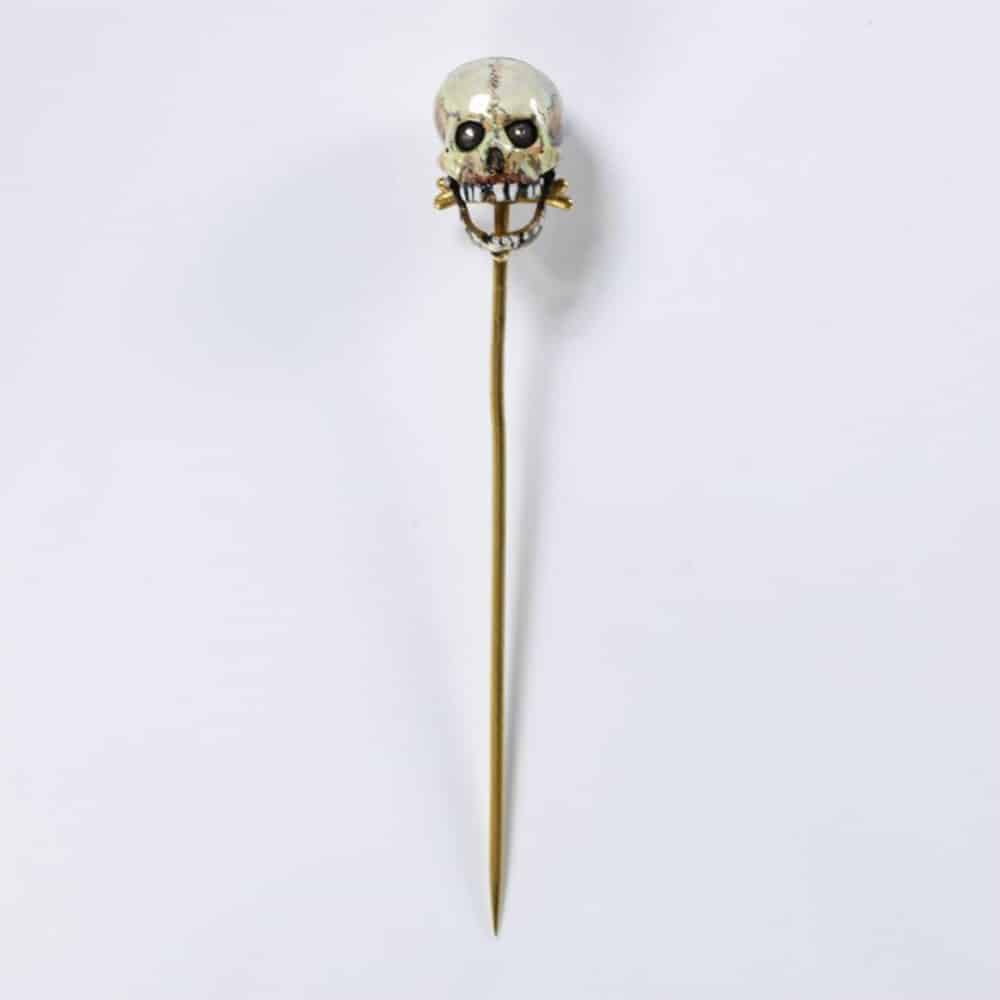