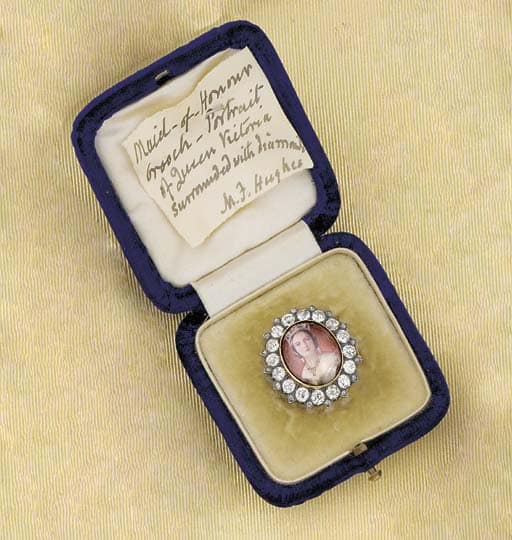 Maid-of-Honor Brooch with Portrait of Queen Victoria Within a Diamond Surround.
Photo Courtesy of Christie’s.

British Crown Jewellers since 1843. Garrard and Co. traces its roots back to George Wickes, a goldsmith who entered his mark at Goldsmith’s Hall in 1722.1 Wickes, who established a shop in 1735, became famous by catering to the lavish whims of Frederick Louis, Prince of Wales.2 Wickes’s firm changed hands and locations several times throughout the eighteenth century. In 1802, Robert Garrard purchased the business; in 1818, his sons succeeded him. In 1843, six years after Queen Victoria ascended the throne, she appointed Garrard as Crown Jewellers. With this title goes the responsibility of designing and producing jewellery for the royal family as well as maintaining and caring for the Crown Jewels.

Over the years, the firm created numerous important pieces. For Queen Victoria, Garrard made a lightweight tiara that she frequently wore and which is featured in most paintings of her after 1870.3 In 1910, it refashioned the royal sceptre to fit the Cullinan I diamond. In 1937, Garrard created the Coronation Crown for Queen Elizabeth (Mother of future Queen Elizabeth II), featuring the Koh-I-Noor diamond, a diamond that had been previously set in Queen Mary’s crown. In 1981, it supplied the famous sapphire and diamond ring that Prince Charles gave to Princess Diana. In addition to catering to the royal family, Garrard also sells its wares publicly at stores in London, New York, and a handful of other locations across the world. 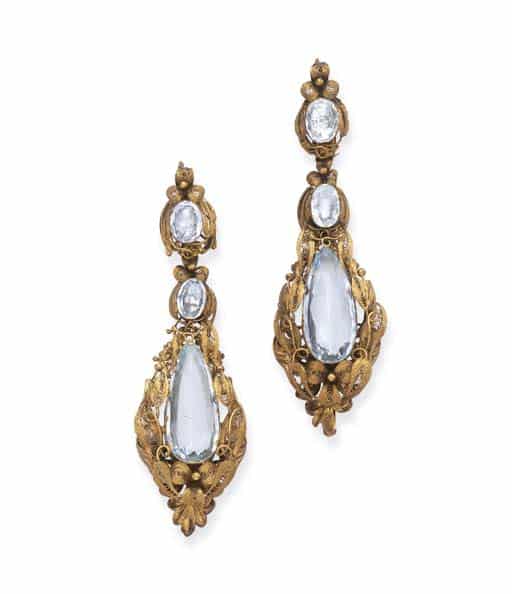