HPHT treatment stands for high pressure – high-temperature treatment. This method of diamond enhancement, invented in the late 1960’s, started to be applied commercially during the late 1990’s. It involves the heating of diamonds under high pressure and results in a change of color.

The first experiments were conducted by Russian scientists in the sixties who confirmed that some light yellow diamonds turned colorless when heated to temperatures of up to 1200°C under pressures reaching 5500 bar. This first research also showed that light green and yellow-green diamonds turned a deeper shade of green.

During the 1970’s General Electric researchers worked on the treatment, resulting in two United States patents by the end of the decade. In 1983 De Beers followed with a patent resulting from their own research. The overall focus was on decolorizing off-color diamonds. 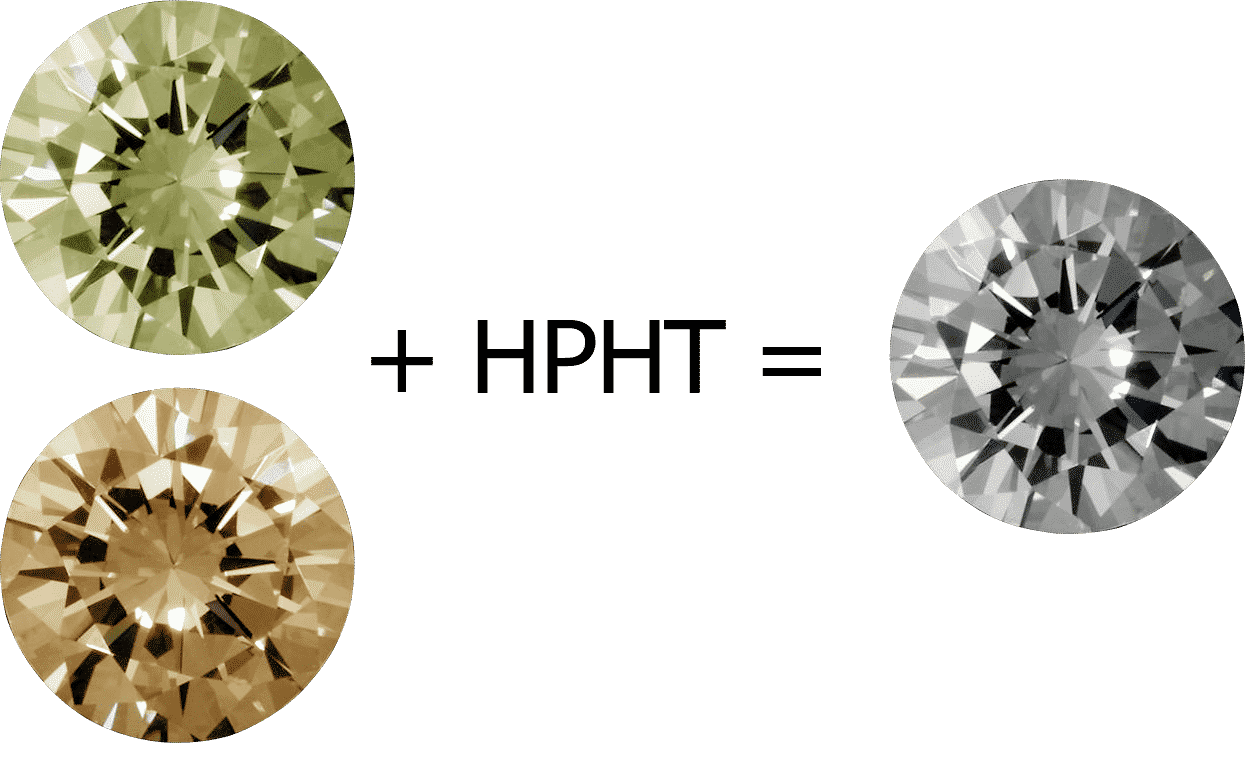 Developments continued into the 1990’s without any large-scale commercial application until March 1999 when GE and Lazare Kaplan International, announced the commercial use of the HPHT process to remove color from yellow to brown type IIa diamonds. These two companies agreed to laser inscribe the treated diamonds in order to allow the trade to distinguish the treated product from naturally (un)colored stones.

The methods and exact treatment process remained a mystery and the trade was left in confusion until 2000 when various reports on HPHT diamond enhancement were published in gemological magazines. Research and experiments continue to this day and since 2000 it has become clear that HPHT in combination with irradiation can produce a vast range of colors.

This treatment is completely stable and, in a perfect world, easily detected because of the inscription on the girdle of treated stones. When such an inscription isn’t present advanced spectral analysis in a well equipped gemological laboratory is needed to detect the treatment.