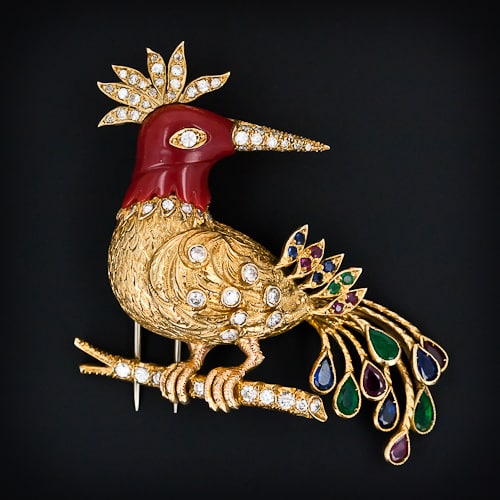 Venetian jeweller famous for his blackamoor or “Moretti” brooches. Carved from ebony or sardonyx, these brooches depict the head and shoulders of a turbaned “Moorish” male—the intended reference is often to Othello, the Moor of Venice, or to the valiant, warlike Hannibal.1 They are typically gem-encrusted and constructed with precious metals. The brooches were originally Venetian souvenirs. In the late 1920’s and early 1930’s, they became wildly popular. Nardi’s founder Giulio Nardi, who first began producing blackamoors in the early twenties, is known as a master craftsman of them. Though the firm carried and still carries, more than just blackamoors, its fame is largely a result of its founder’s ebony creations. 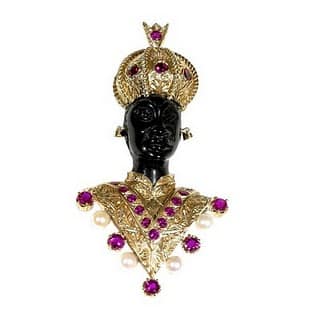