From the 18th century onwards the tourism industry started to grow and travelers brought home memorabilia to be displayed in, sometimes specially crafted, cabinets to serve both as conversational material as well as giving the owners the opportunity to display their sophistication. Among the souvenirs that were brought back was jewelry in the style of the visited countries. From Italy, one of the favorite traveling destinations in the 18th and 19th centuries came jewelry with Roman micromosaics which pictured the ruins of ancient Rome. Lava jewelry, carved from the lava left by the explosion of Pompeii was another favorite. Carved shell cameos also from Italy, carved ivory from Switzerland, and Scottish “pebble” jewelry are other examples. Those doing the “grand tour” would also often purchase archaeological or historical revival jewels as they were in vogue during this period. 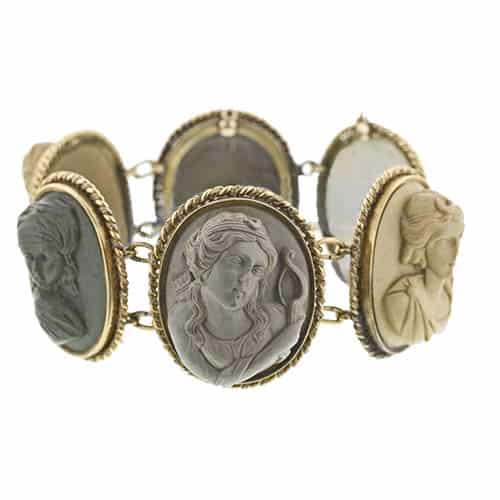 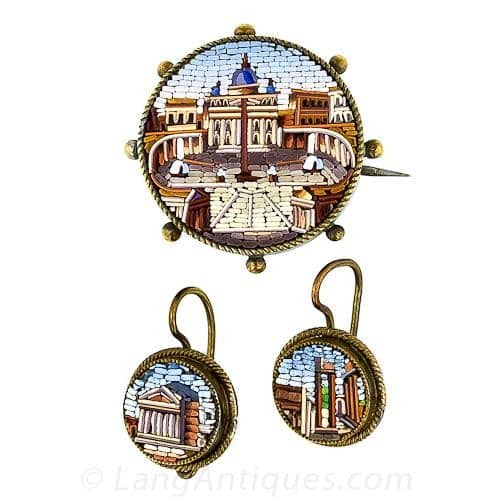 Basilica di San Pietro and the Ruins of the Forum Depicted in Micromosaic. 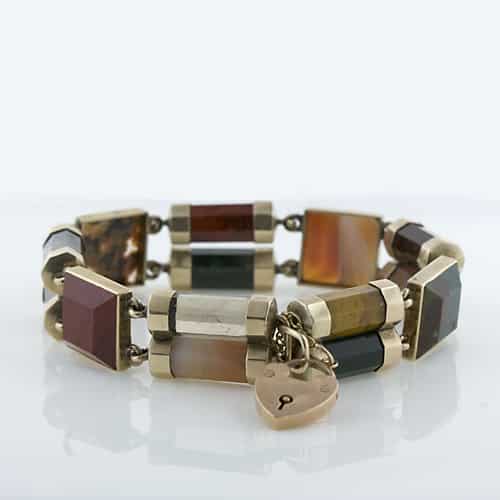